On Ukraine, Israel and neoconservatives not on the same page 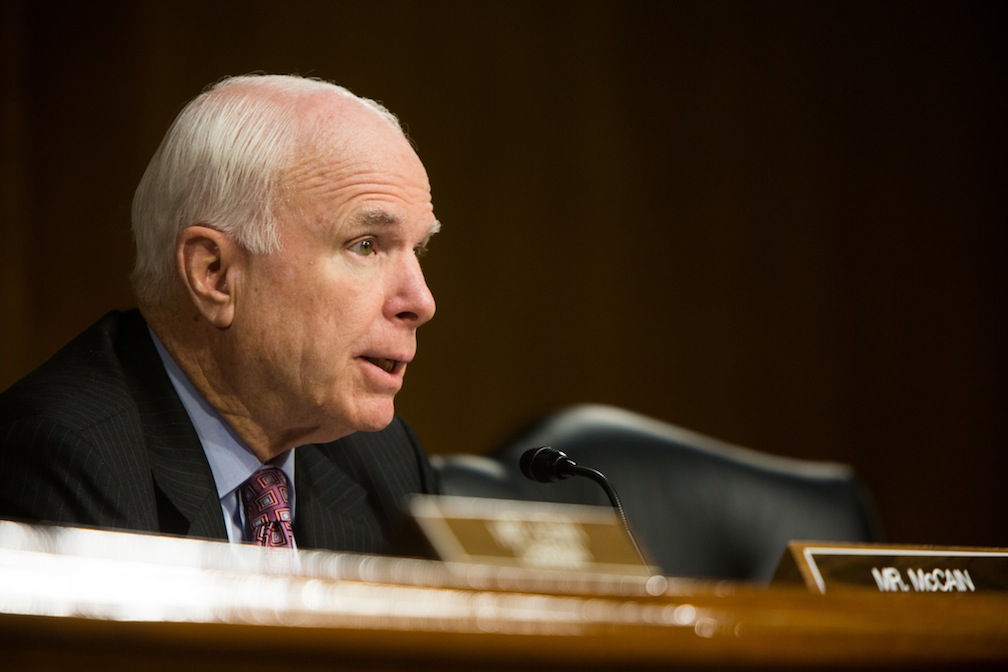 WASHINGTON (JTA) – When it comes to Ukraine, Israel is parting ways with some of its staunchest American allies, namely neoconservatives — and it’s not the first time.

Israel’s reluctance to side too closely with the United States in its bid to isolate Russia is typical of an Israeli realpolitik that has led to past conflicts with the American neoconservatives, who prize humanitarian interventionism.

But Israel’s stance is not sufficiently consequential to set off a fight between friends, neoconservative scholars said.

Ukraine does not rise to the level of an Israeli policy that would rattle the relationship, Mandel said, as opposed to earlier examples of disagreements, including Israeli policy on the Arab Spring and the Israeli sale of arms to China.

An Israeli government official — one in regular contact with what he described as some of “Israel’s best friends” in Congress — agreed, saying that the Israelis had not heard complaints from neoconservatives, as they had in the past, like when Israel opposed the 2011 ouster of Egyptian President Hosni Mubarak.

“Israel is wrong on Syria, wrong on Egypt, wrong on lots of things,” Danielle Pletka, the vice president of the American Enterprise Institute, the flagship neoconservative think tank, wrote in an email. “It doesn’t affect support for the democratic state of Israel among American friends. That’s not the way it works. They’re an independent country, and have the right to be foolish; I don’t think anyone devotes even a minute to considering the Israeli position on Ukraine.”

It took nearly a week for Israel to issue a response to the Feb. 28 Russian takeover of Crimea.

The March 5 statement by Foreign Minister Avigdor Liberman, himself a Russian-speaking native of Moldova, was terse and did not mention Russia, whose leadership Liberman has long favored cultivating.

“Israel is following with great concern the events in Ukraine, it is anxious for peace for all its citizens and hopes that the situation will not deteriorate to a loss of human life,” said the statement published in the Israeli media. “Israel expects the crisis in Ukraine will be handled through diplomatic means and will be resolved peacefully.”

Israel abstained from a March 27 United Nations General Assembly vote condemning a March 16 referendum in Crimea in favor of joining Russia; it was virtually alone among American allies in not voting for the resolution.

Republicans in Congress allied with the neoconservative movement have blamed what they say is the Obama administration’s fecklessness for fueling Russian President Vladimir Putin’s boldness.

“On the issue of Ukraine, my hero, Teddy Roosevelt, used to say talk softly but carry a big stick,” Sen. John McCain (R-Ariz.) chastised Secretary of State John Kerry at a congressional hearing this week. “What you’re doing is talking strongly and carrying a very small stick — in fact, a twig.”

The United States has led the imposition of economic sanctions on Russia, but Kerry at the hearing rejected proposals to arm Ukrainians against the possibility of further Russian incursions.

An aide to a Senate Republican who, like McCain, has been critical of Obama administration Ukraine policy said it would not be fair to demand of a small country like Israel the confrontational posture that Republicans expect from the United States as a superpower.

The aide said Israel had to consider Russian cooperation in keeping Iran from obtaining a nuclear weapon and in dismantling Syria’s chemical weapons capability.

“We just don’t know the underlying nature of the Israeli-Russia relationship,” the aide said. “It’s incredibly complex with secret intelligence deals going on, trade-offs for what Russia will or won’t do with Iran. In the end, I’m sure that’s what this is all about for Israel — but America doesn’t have that luxury; we are the superpower.”

Neoconservatives have clashed openly with Israel in the past, particularly in the early 2000s over Israel’s sale of weapons to China, which was seen as an affront to a bedrock stance of the neoconservative movement — defending the interests of Taiwan.

The arms sales led the administration of President George W. Bush to suspend its strategic dialogue with Israel from 2002 to 2005, until Israel acquiesced to a U.S. demand that the Pentagon vet Israeli arms sales to China. Bush’s decision to suspend the dialogue was made on the advice of prominent neoconservatives in his administration, among them Douglas Feith, then the undersecretary for defense.

In 2011, Mandel said, neoconservatives were dismayed again when Ehud Barak, then Israel’s defense minister, made the case against backing rebels seeking to oust Syrian President Hafez Assad at a time when American neoconservatives were arguing that it would make sense to assess which rebels deserved more robust U.S. backing.

In each of those cases, Mandel said, Israel’s posture had U.S. policy consequences — for instance, in the case of Syria, Obama administration officials could cite Barak’s argument in pushing back against intervention.

“That was a situation that directly impacted American policy,” he said. “It’s not clear whether Russia gets to that point.”