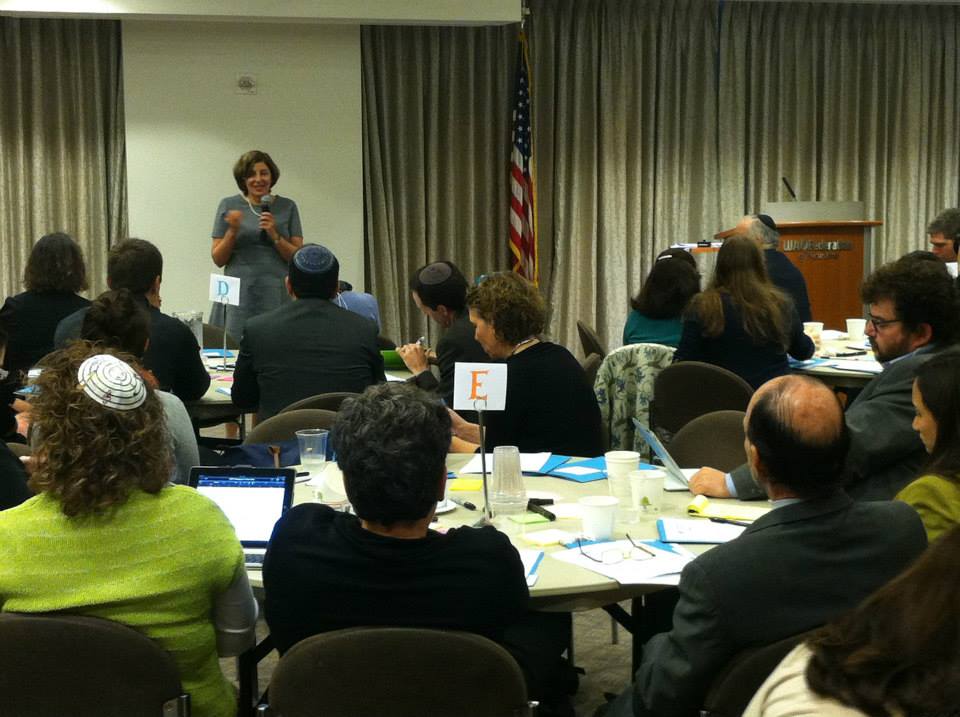 NEW YORK (JTA) — The United States is the only industrialized country in the world not to mandate paid maternity leave, and only 11 percent of private-sector American employees have access to it.

But a growing list of Jewish nonprofits are now offering or expanding paid maternity leave, the result of a push by Advancing Women Professionals, a communal advocacy group.

Persuading scores of Jewish organizations to add paid benefits during a recession was no easy feat. Leaders of many organizations debated the matter for years before opting in.

“Almost no one said, ‘Let me sign up right away, what a great opportunity,’” said Shifra Bronznick, AWP’s founder and president. “They all felt ‘we can’t afford this.’ America has taught us we can’t afford it.”

Through its Better Work/Better Life campaign, launched in 2010, AWP aims to “enlist 100 Jewish organizations as a catalyst for making healthy work-life policy the norm in our community,” according to the group’s website.

An AWP survey conducted shortly before the campaign’s launch found that 65 percent of responding Jewish organizations — a mix of 227 groups that included national and religious institutions, local federations, JCCs and service agencies — offered no paid maternity leave and that only 7 percent provided 12 weeks or more. Ten percent did not provide even unpaid maternity leave; the Family Medical Leave Act requires employers provide 12 weeks unpaid, but organizations with fewer than 50 employees are exempt from the requirement.

So far 82 groups — ranging from large national organizations such as the Union for Reform Judaism and Birthright Israel to foundations, local federations and a handful of large synagogues — have earned a place on the AWP’s Better Work/Better Life list. To qualify for the list, an organization must offer at least four weeks of paid maternity leave or have formal flexible-scheduling policies to enable caring for children. Another 17 groups are “in the pipeline,” according to AWP.

Twenty of the groups on the list — including the Jewish Federations of North America and American Jewish Joint Distribution Committee — earned AWP’s “gold standard” by offering at least 12 weeks of paid maternity leave, six weeks of paid parental leave (for fathers, partners and adoptive parents) and prorated parental leave for part-time employees.

Organizations aiming to make the Better Work/Better Life list must provide their written employment policies to AWP, but the group doesn’t police them.

“It is kind of an honor code, but it has teeth in it because the Jewish community is  essentially a small world,” Bronznick said, noting that if an organization were not complying with its own policies, word would get out relatively quickly.

Founded in 2001, AWP, through a combination of research, advocacy and leadership development and mentoring programs, has worked to get more women into top professional positions at Jewish organizations and have more women represented on conference panels.

The group announced last fall in an eJewishPhilanthropy article co-authored by Bronznick and Barbara Dobkin, AWP’s co-founder and a board member, that it plans to cease being a “formal organization” in 2015 because “we believe that our impact will be more sustained if we give our growing network the responsibility for carrying the work of gender equity into the next decade and beyond.”

While many large and high-profile national Jewish groups are on the AWP list, it still represents a small fraction of the Jewish nonprofit sector nationally. No Jewish day school has signed on, although Manhattan’s Rodeph Sholom School, affiliated with the Reform movement, is “in the pipeline,” and RAVSAK, which serves as a network for 130 North American nondenominational Jewish day schools, meets AWP’s “gold standard.”

Leaders of several organizations that have signed onto the list have shared written testimonials vouching for its success, and those interviewed by JTA say they recommend their expanded policies to others. (Most tie the amount of paid leave to an employee’s length of service — an employee who becomes pregnant only a year or two after starting the job may not be eligible for any paid leave.)

Robin Salsberg, the human resources director at the American Jewish Joint Distribution Committee, said employees literally applauded when the new work-life policies, which include up to 12 weeks of paid leave for new fathers as well as mothers, were announced. Before revising its policies, JDC had offered 12 weeks of unpaid leave, the minimum required under the Family Medical Leave Act. So far, 16 employees — including seven men — have availed themselves of the paid parental leave, Salsberg said.

Asked how much it has cost, she said, “When you take a look at improved staff productivity and the rise in morale, that people feel good working for a progressive organization, you can’t set a dollar value on that. The people who go on leave and see we’ve invested in them come back. There’s an allegiance, and that only adds to our retention of talent and institutional knowledge.”

“We basically felt that with the concept of Jewish continuity and family being at the heart of Jewish values, we as an organization wanted to walk the talk and set a bar,” said Jerry Silverman, JFNA’s president and CEO. “We also felt it could create an even more productive environment.”

JFNA currently is researching all human resources policies at its member federations and plans to release findings and recommendations in the fall.

Nine JFNA employees have taken paid leaves (three took multiple leaves), and JFNA had to hire temporary replacements for only two. The other jobs were covered by other employees, many of whom viewed the situation as an opportunity to learn new skills and advance in their careers, Silverman said. He noted that two were later promoted.