Will Bill Clinton’s grandchildren be Jewish? 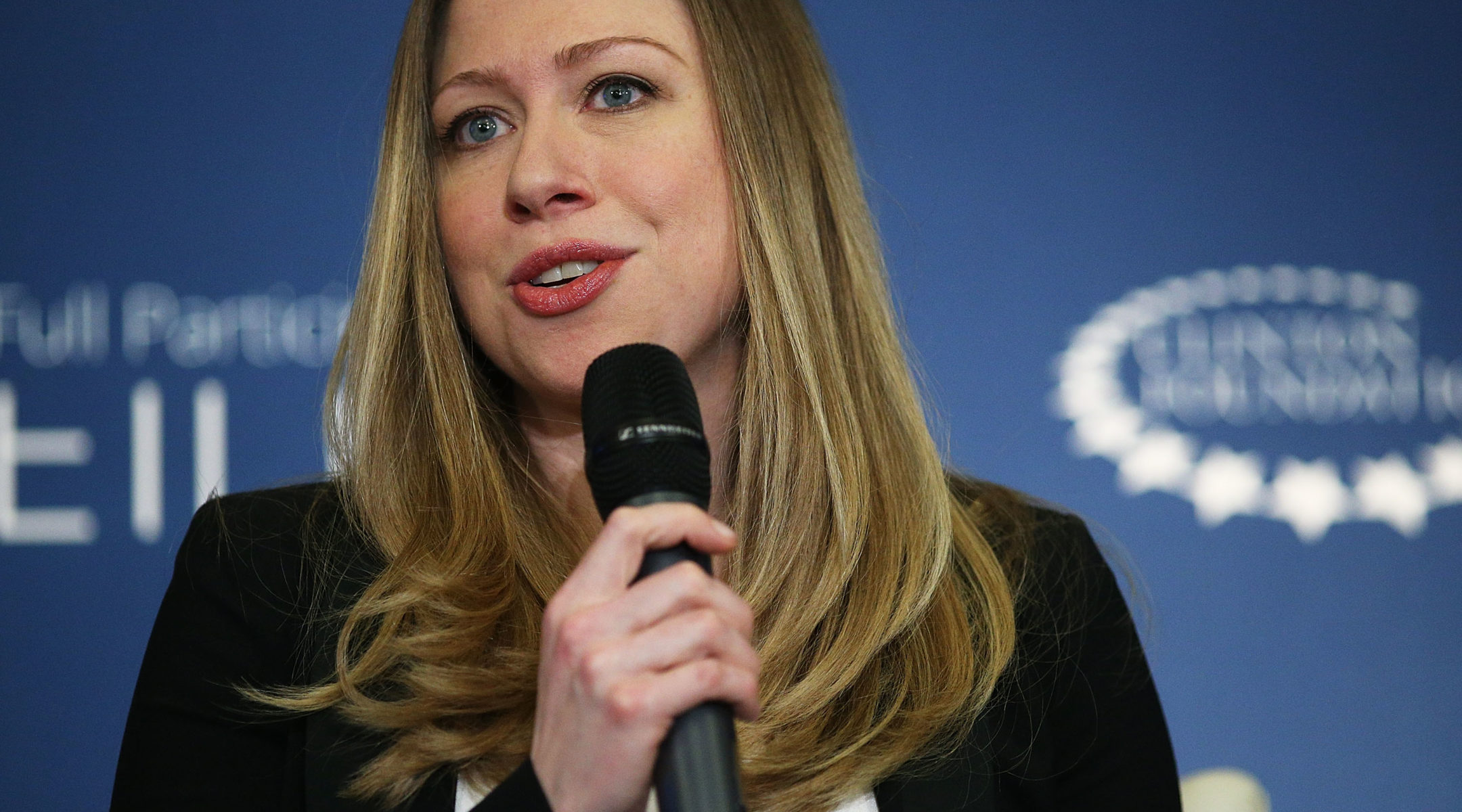 Chelsea Clinton’s announcement Thursday afternoon that she and Jewish hubby Marc Mezvinsky are expecting their first child has set off a fairly predictable wave of reactions Jewish-wise, not unlike the interest their 2010 wedding generated.

Interfaithfamily.com quickly seized the pregnancy as an “opportunity to share with ALL expecting parents” its various resources for new interfaith parents, including a booklet called “To Circumcise or Not: That is the Question.”

Meanwhile, at the other end of the spectrum, The Jewish Press chose this headline: “Chelsea Clinton Pregnant With Non-Jewish Child.” Calling the former first daughter “America’s poster child for intermarriage,” the Brooklyn-based Orthodox newspaper noted that in marrying four years ago the pair was “effectively pruning away that 3,300 year old Jewish branch of the Mezinsky family.” (And apparently also pruning away the “v” from the groom’s name.)

The Jewish Press also reminded its readers of Rabbi David Stav’s apparently clairvoyant question posed to Union for Reform Judaism President Rabbi Rick Jacobs at a meeting back in November about Israel’s adherence to Orthodox standards: “Do you want me to recognize Chelsea Clinton’s child as a Jew?”

Under the traditional policy of matrilineal descent, adhered to by Orthodox and Conservative Jews, the child will not be Jewish unless s/he undergoes a conversion, but Reform and Reconstructionist Jews will recognize the baby as a Jew if s/he has a Jewish upbringing.

Not surprisingly, Stormfront, the anti-Semitic website, does recognize the child as a Jew, as evidenced by its charming headline: “Chelsea Clinton pregnant with jew spawn.”

And now, bring on the months of intense speculation: If a boy, will the child have a brit milah? Will s/he be given a Jew-y name? Jewish nursery school? Hebrew school? And, of course, how will all this affect Grandma Hillary’s prospects in 2016?