Obama: It may be time for a peace process ‘pause’ 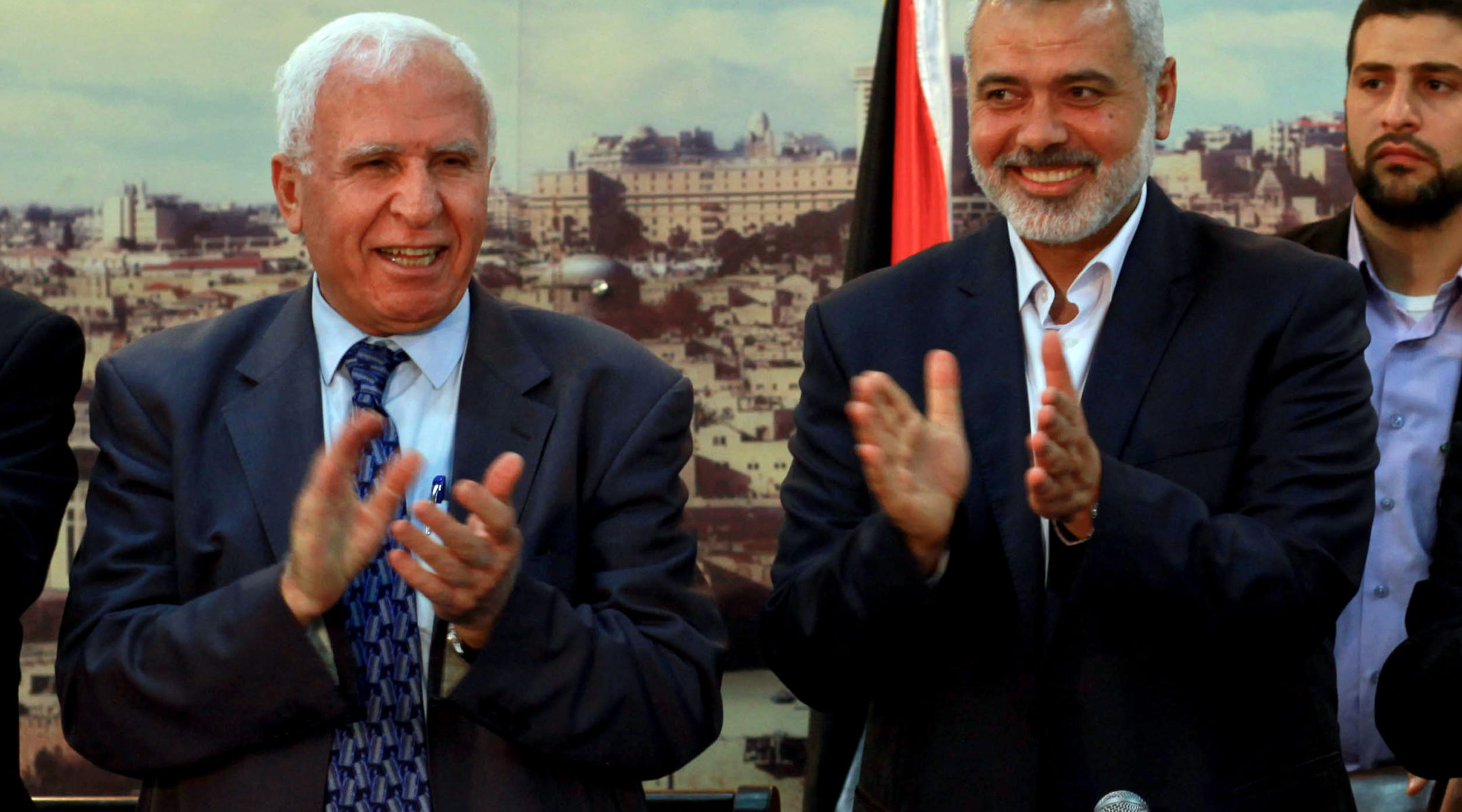 (JTA) — President Obama said it may be time for a pause in Middle East peacemaking in the wake of a breakdown in Israel-Palestinian talks.

“There may come a point at which there just needs to be a pause, and both sides need to look at the alternatives,” Obama was quoted by Reuters as saying Friday in Seoul, his current stop in an Asia tour.

“What we haven’t seen is frankly the political will to make tough decisions, frankly, and that’s been true on both sides,” he said.

The crisis began March 29, when Israel failed to meet a deadline to release the final 26 of 104 Palestinian prisoners it had pledged to release at the outset of renewed talks last July. It escalated within days when the Palestinians violated their own pledge not to apply to join international agreements while talks were underway.

The crisis deepened on Wednesday when the Palestinian Authority signed a unity agreement with Hamas, the group controlling the Gaza Strip that has been designated as terrorist by Israel, the United States and the European Union. Israel suspended the talks formally on Thursday.

Palestinian Authority officials said they would demand Hamas accept the two-state solution as a condition to reconciliation between Ramallah and the Islamist group ruling Gaza.

An unnamed senior Palestinian official on Friday told The Times of Israel that Abbas’ Fatah movement  “won’t agree to complete the reconciliation process” unless Hamas agrees to a new government that “accepts the two-state solution — Israel and Palestine — along the 1967 lines.” The new government must also “adhere to the conditions of the Middle East Quartet: recognize Israel, ratify all signed agreements and renounce violence,” he said.

The official told The Times of Israel that a Palestinian unity government would be established only after Hamas and Fatah, the ruling power in the Palestinian Authority-controlled West Bank, agreed to a date for elections to the P.A. presidency and parliament.

U.S. Secretary of State John Kerry on Thursday urged Israel and the Palestinians to make the compromises needed to forge ahead with peace talks, although he admitted that the negotiations had reached “a difficult point.”

Sheikh Hassan Yousef, a Hamas founder who remains a prominent figure in the West Bank, told  The Times of Israel on Thursday that reconciliation with Fatah ”will serve everyone: the Palestinians and even the peace process.”

The United Nations’ peace envoy, Robert Serry, maintained that reconciliation was “the only way to reunite the West Bank and Gaza under one legitimate Palestinian Authority,” the statement said.

The European Union also hailed the deal, but maintained that the extension of peace talks beyond the April 29 deadline must remain “the top priority.”

But European Jewish Congress President Moshe Kantor called on the European Union to abide by its own guidelines, which designate Hamas as a terrorist organization and shun any Palestinian government in which it participates. Kantor and Israeli Prime Minister Benjamin Netanyahu discussed the issue Thursday in Israel, where the Congress’ executive met this week.

Earlier Thursday, Netanyahu’s security cabinet “decided unanimously that it will not negotiate with a Palestinian government that incorporates Hamas, a terrorist organization that seeks the destruction of Israel.”