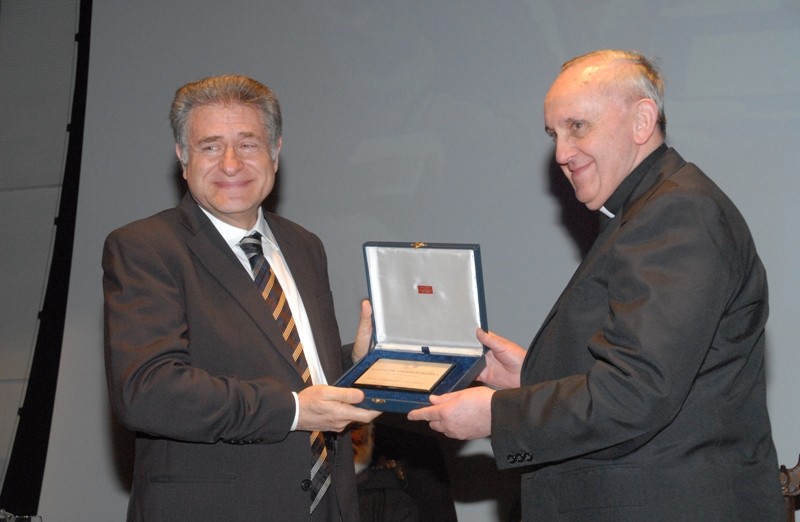 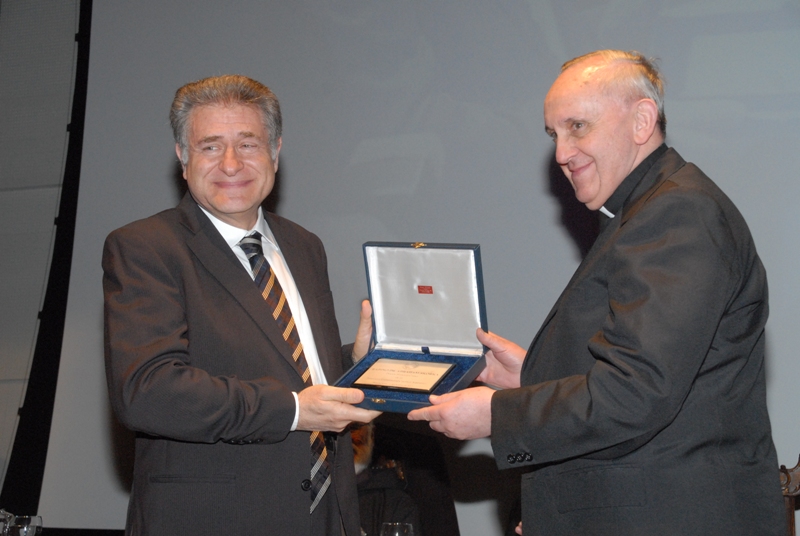 Pope Francis is bringing along not one but two Argentinean rabbis on his trip to the holy land.

The pope’s close friendship with Rabbi Abraham Skorka is well known. Skorka even wrote a book with the then archbishop of Buenos Aires.

Skorka told JTA that he would be with the pope “all the time except, of course, at the private meetings he will hold with the different dignitaries.”

But he will be joining the trip a bit late.

“Since the departure of the Pope from Rome will be close to Shabbat, I will only meet with him on his arrival to Bet Lehem,” Skorka wrote to JTA in an email.

But the other Argentinean rabbi traveling with the pope — Rabbi Alejandro Avruj — will accompany the entire trip, starting in Jordan and then going to areas controlled by the Palestinian Authority and to Israel, though he won’t be as close a papal traveling companion as Skorka.

Avruj will be making the journey with a Catholic priest, Jose Maria “Pepe” di Paola, with whom he has worked closely since the 2001 Argentinean economic crisis. The rabbi and the priest together manage the Shalom charity project, which brings daily meals to hungry children in Buenos Aires.

“I met Jorge Bergoglio, now Pope Francis, at a shantytown in Buenos Aires. Bergoglio was the boss of my teammate Pepe and he came with us to bring food and recreational activities to the kids,” Avruj told JTA.

Like Skorka, Avruj developed a friendship with Bergoglio. The future pope participated in a 2012 Kristallnacht commemoration ceremony with Avruj, who later invited him to help light the Hannukah candles at the synagogue where he served.

“One day before the ceremony, he called me to confirm his appearance and asked me which subway station was closest to the temple. He arrived very sweaty in a 6 p.m. rush hour from a crowded subway,” Avruj recalled. “He is a very simple person, very focused on the really important things in life — relationships, values, friendship and, of course, God.”

The pope and Skorka will also be traveling with Omar Abboud, who is the Muslim representative at Argentina’s Institute for Interreligious Dialogue and former secretary general of Islamic Center of Buenos Aires.

Skorka has known Abboud for decades.

“He is a person of high values and spirituality. That the Pope travels with a Rabbi and an Islamic leader is a sign that only walking together and through a path of dialogue will we be able to achieve changing the present world reality,” Skorka wrote to JTA.

Skorka expressed hope that the pope will make a contribution to advancing peace in the region.

“My expectations are that Pope Francis could engrave a deep message of peace and spirituality,” Skorka explained. “It is a great opportunity to introduce a pure spiritual dimension in looking for new paths which can lead to an approach to peace.”