NEW YORK (JTA) — Donald Sterling said the NBA has no basis for stripping him of ownership of the Los Angeles Clippers.

Sterling’s representatives said the infamous recording in which he can be heard making derogatory remarks about blacks to his girlfriend were recorded illegally “during an inflamed lovers’ quarrel in which he was clearly distraught,” according to court documents.

The NBA maintains that Sterling damaged the league and its merchandising partners.

A June 3 court hearing will determine whether the NBA may proceed with its sanction against Sterling, who is Jewish. NBA owners are slated to vote Tuesday on whether to strip Sterling of the Clippers. He also was fined $2.5 million.

The NBA already has said that Sterling’s estranged wife, Shelly, will not be able to keep the team in her husband’s place. Shelly Sterling’s attorney told The Associated Press that her husband had given her permission to sell the team.

“We do not believe a court in the United States of America will enforce the draconian penalties imposed on Mr. Sterling in these circumstances, and indeed, we believe that preservation of Mr. Sterling’s constitutional rights requires that these sham proceedings be terminated in Mr. Sterling’s favor,” the response said. 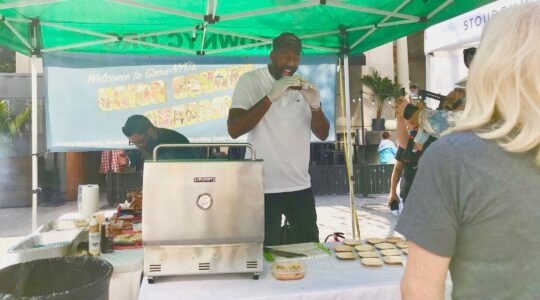