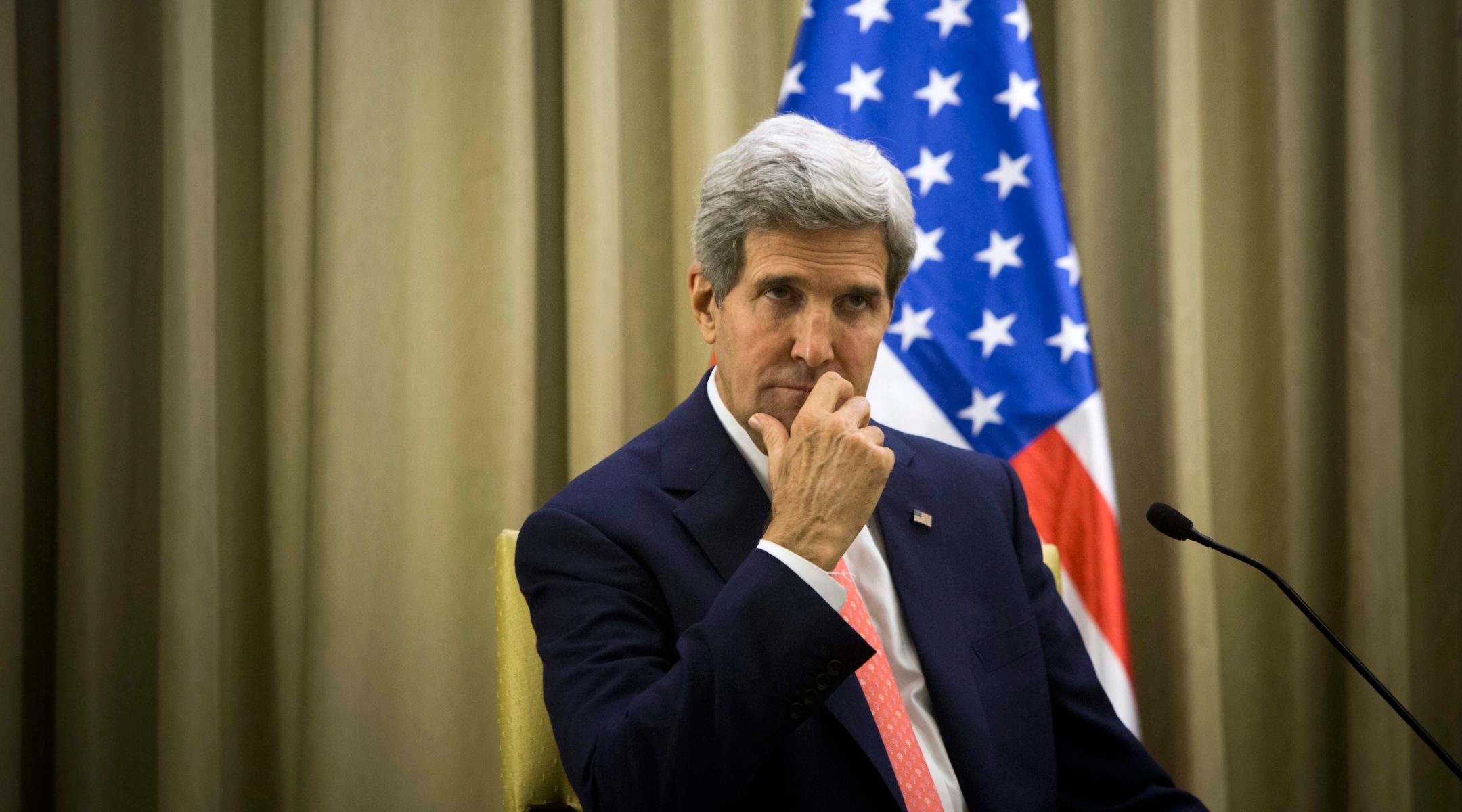 Portrait unveilings are occasions for rare bipartisan comity in an increasingly polarized Washington, and the spirit of unity informed the unveiling of the portrait Wednesday of former U.S. Secretary of State Condoleezza Rice.

The event also was notable for underscoring the consistency — whatever the partisan sniping — under Democratic and Republican presidents in the pursuit of Israeli-Palestinian peace .

Secretary of State John Kerry was effusive and wide-ranging in his praise for Rice, and notably did not stint on her Middle East efforts, crediting the George W. Bush administration for laying the groundwork for Iran sanctions and Rice for negotiating a ceasefire to the 2006 Israel-Hezbollah war in Lebanon. He also praised her for initiating the 2007-2008 Israeli-Palestinian peace talks.

For four years, for more than a million miles of travel, every single day she was here and anywhere in the world, she put those words into action to make sure that diplomacy was always America’s first resort, and to make the State Department the center of America’s foreign policy. That’s how she brought together the world’s oldest democracy, the United States, with the world’s largest democracy, India, and ended years of acrimony and reached a civilian nuclear agreement. That’s how she brought the United States together with the five permanent members of the Security Council in Germany to say for the first time with a united voice that a nuclear Iran is unacceptable. That’s how she helped contain a toxic mix of force that could’ve fueled a much bigger conflict, but to end the war in Lebanon. And that is how Secretary Rice and President George W. Bush brought the Israelis and Palestinians together face to face in Annapolis to talk about the potential for peace.

“She didn’t do it because she was sure of success” is a telling phrasing, because neither Kerry’s nor Rice’s Middle East peace efforts achieved their desired result.

And that’s why Secretaries of State and now our Secretary of State today, John Kerry, will continue to pursue peace in the Middle East, will continue to find a way to bring Palestinians and Israelis to that happy day when there are two states living side by side in peace and security — and thank you, John, for continuing that struggle.