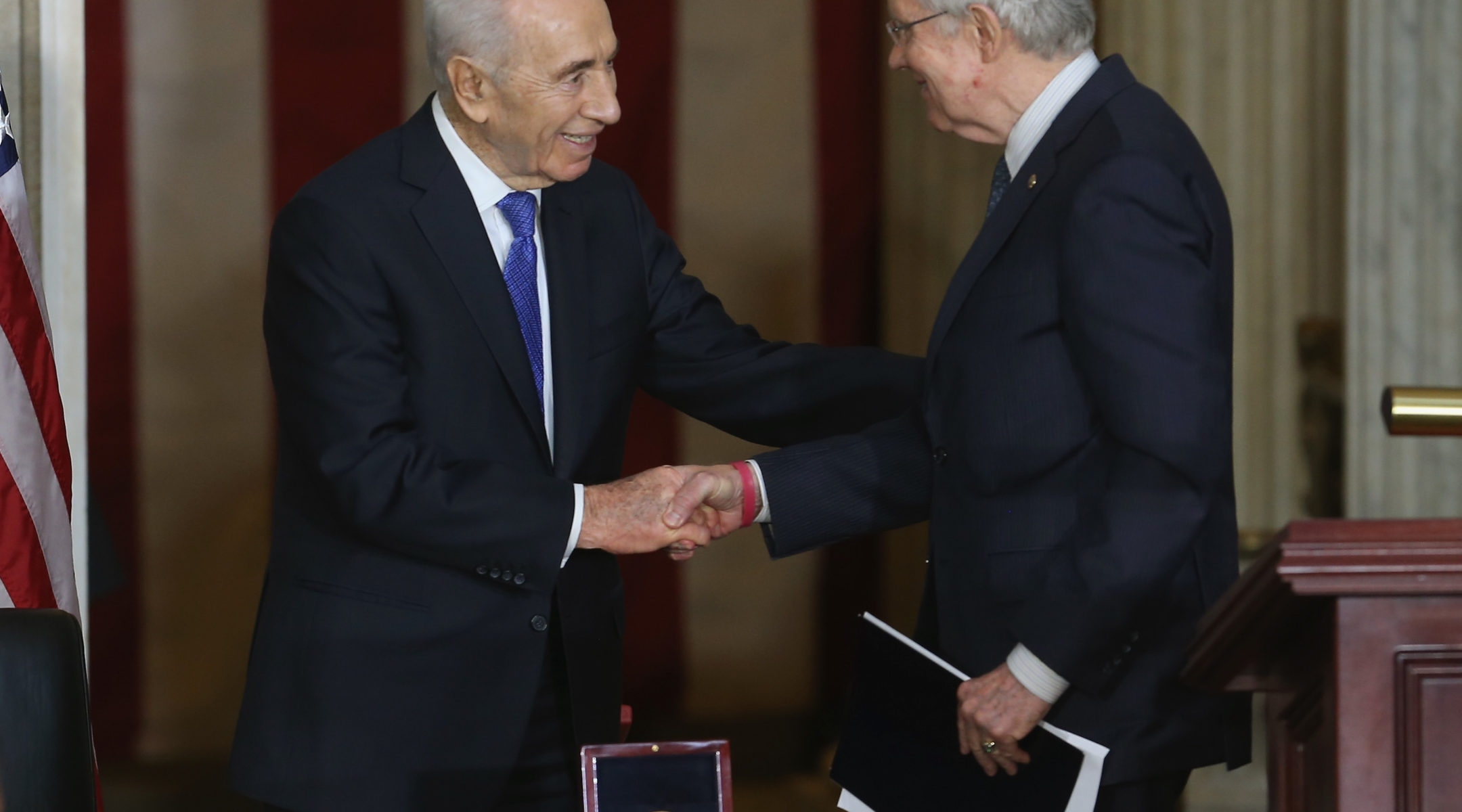 “President Abbas is clearly a partner for peace,” Peres said Thursday at the U.S. Capitol, where the congressional leadership and Vice President Joe Biden conferred the honor on him.

“There were people who thought otherwise,” he said. “I feel they are now closer to my judgment than their own.”

Peres appeared to be alluding to Israeli Prime Minister Benjamin Netanyahu, who suspended peace talks with Abbas in April after the Palestinian leader launched unity talks with the Hamas terrorist group, which controls the Gaza Strip.

Peres attributed the change of heart to Abbas’ outspoken condemnation of the suspected kidnapping this month of three Israeli teenagers.

“He spoke bravely in Saudi Arabia, in Arabic against the kidnappings, against terror and for peace,” Peres said.

Peres said Israel “will do everything in our power to bring home our three boys.”

Peres, 90, is one of a handful of people to be awarded both the Congressional Gold Medal and the Presidential Medal of Honor. His term ends next month.

Sponsoring the legislation awarding Peres the Gold Medal were Sens. Michael Bennet (D-Colo.) and Kelly Ayotte (R-N.H.) and Reps. Trent Franks (R-Aariz.) and Joe Kennedy III (D-Mass.). Lobbying for the Gold Medal was the Friedlander Group, a New York City-based PR outfit. The bid was backed by pro-Israel philanthropists including Robert Rechnitz and Lee Samson, both of Los Angeles.

Later in the day, Peres also accepted the Lantos Human Rights Prize, administered by the family of the late Rep. Tom Lantos (D-Calif.), the only Holocaust survivor to serve in Congress.