Without a trace: The saga of an incommunicado mom 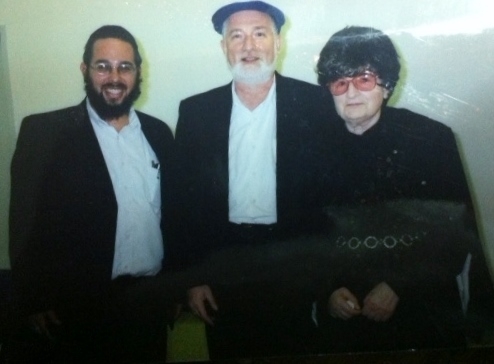 Better times: On a visit to Florida circa 2007, Yaakov Feldman, left, is shown with his wife’s grandmother, Regina Ament, and her son, Markus. (Courtesy Yaakov Feldman)
Advertisement

For Lily Kraut, living in the West Bank, communication with her mother, Regina Ament, all but ceased in late 2008 after the latter suffered a stroke.

Then last November, Kraut heard the terrible news – her mother had died in Florida several months earlier. This week, she will observe the first yahrzeit, the Hebrew anniversary of the death.

Raised in Michigan and Florida before moving to Modiin Illit decades ago, Kraut, 62, had enjoyed a close relationship with her mother. Every Sunday morning after concluding her Shacharit prayers, Ament telephoned her daughter.

“It was like clockwork,” said Yaakov Feldman, a resident of the nearby Israeli town of Modiin and the husband of Kraut’s granddaughter. “There wasn’t such a thing as missing a Sunday.”

Relatives in Israel and America believe that Markus Ament, Regina’s son and caretaker with whom she lived in the Miami area, had cut her off from the rest of the family. Kraut was unable to fly to the United States to check on her mother.

For Purim in 2010, Feldman flew to Miami and dropped in to see the Aments, but discovered they had moved.

He staked out the post office where Markus Ament received his mail. Ament, the clerk told him, had just left. Feldman prevailed upon the clerk to view the security camera, which showed a taxi pulling away moments earlier.

Feldman called the telephone number painted on the cab and eventually met the driver, to whom he showed Ament’s photograph. They drove to the corner in Hialeah where the driver said he’d brought his passenger.

“He fell off the grid,” said Feldman, who works as a tour guide. “It may sound ridiculous and crazy, but those are the facts.”

Last year, Feldman broadcast his appeal for information on the Israeli radio program “Hamador L’chipus Krovim” (Searching for Relatives Bureau). He also approached a rabbi in Bnei Brak in an effort to make sense of the strange situation. The rabbi predicted that the mystery would be solved within months.

Last June, another relative, Chanoch Korman of Brooklyn, N.Y., searched online for information on Regina Ament, the sister of his grandma Hinda. Immediately he came upon the website of Eternal Light Memorial Gardens, a cemetery in Boynton Beach, Fla., which presented the following:

Death notices on most cemetery and funeral home sites usually include loved ones’ tributes. Here were just the most basic of facts.

Still, it was something. And it was timely, with Korman conducting the online search on June 14, 2013. Had it been June 10, he might still be in the dark.

Korman sought to confirm that the deceased was his relative, he said, but the cemetery’s staff would not share information, citing privacy laws. He asked them to call Kraut in Israel with the news, since she was Ament’s daughter, but was rebuffed.

So Korman decided to wait. Delivering the news would require Kraut to observe the shiva mourning period the requisite seven days – something he learned from rabbinic authorities he could avoid. Kraut was planning to attend upcoming family weddings, which mourning rules would have forbade.

Korman, a technology specialist, would be going with his father, Rachum, to Israel in the fall. They would deliver the news personally.

So on a Friday morning in early November, the Kormans stopped by to see Kraut. Sitting at her table and sipping soda, the younger Korman told Kraut what he had learned.

Absorbing the words, a sobbing Kraut, referring to her brother, blurted, “Why did he do it?” That’s something Korman and Feldman said they don’t understand, either.

When “Seeking Kin” telephoned a Florida cellular number, the man who picked up confirmed that he was Markus Ament. But when the purpose of the conversation was explained, the line went dead. Subsequent calls rolled over to Ament’s voice mail, which was inoperative.

Kraut, too, didn’t wish to be interviewed, remaining “too upset” by the situation, Feldman said.

It’s all a pity, said Korman, who recalls seeing his aunt several times when he was younger. She was one of five children of parents who were bakers. All escaped the Nazi occupation by fleeing their native Yaroslav, Poland, for Siberia.

After the war, Ament and her extended family stayed close. Now only Korman’s grandmother remains.

“It’s a sad story of a lady who didn’t see much of her grandchildren,” Korman said. “Imagine, the last month of her life, if she spent time with them, the nachas she would have shepped [the joy she’d have experienced].”

(If you would like “Seeking Kin” to write about your search for long-lost relatives and friends, please include the principal facts and your contact information in a brief email. “Seeking Kin” is sponsored by Bryna Shuchat and Joshua Landes and family in loving memory of their mother and grandmother, Miriam Shuchat, a lifelong uniter of the Jewish people.)