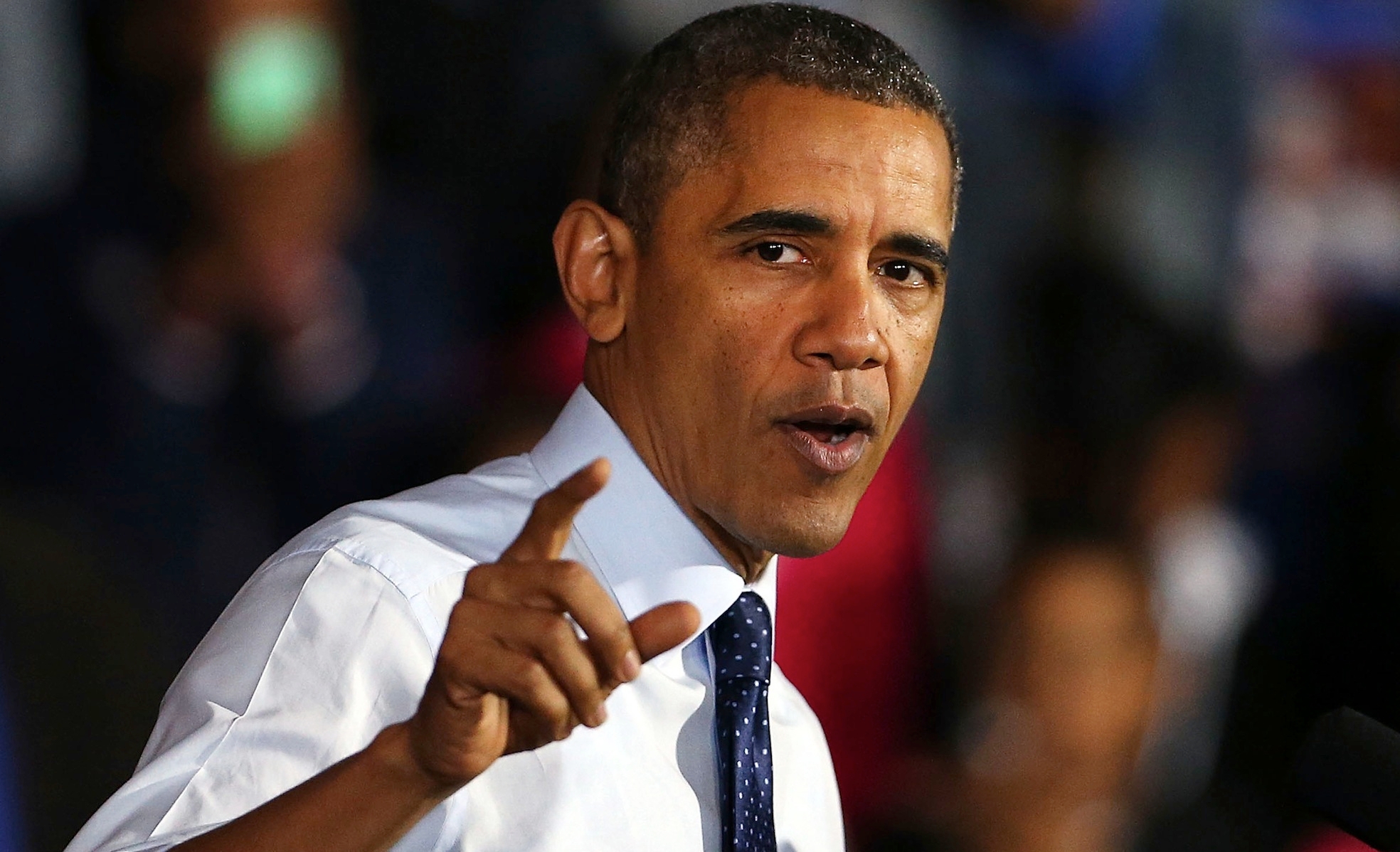 WASHINGTON (JTA) — In a phone call with the Israeli prime minister, President Obama affirmed Israel’s right to defend itself from rocket attacks but called for deescalating the violence.

“The president reiterated the United States’ strong condemnation of continuing rocket fire into Israel by Hamas and other terrorist organizations in Gaza and reaffirmed Israel’s right to defend itself against these attacks,” the White House said in a statement Thursday evening describing the call with Benjamin Netanyahu. “The president expressed concern about the risk of further escalation and emphasized the need for all sides to do everything they can to protect the lives of civilians and restore calm.”

Obama also told Netanyahu that the United States was ready to broker a return to a cease-fire.

“The United States remains prepared to facilitate a cessation of hostilities, including a return to the November 2012 cease-fire agreement,” the statement said, referring to the last outbreak of fighting between Israel and Hamas in the Gaza Strip.

Earlier, U.S. Secretary of State John Kerry said the United States would do “everything in our power” to bring an end to the conflict between Israel and Hamas in the Gaza Strip, and suggested Hamas was principally to blame.

At a news conference in Beijing, where Kerry is meeting with Chinese officials, Kerry said that he had called Netanyahu and Palestinian Authority President Mahmoud Abbas and other officials “to try and see whether or not there is some capacity to be able to restore the status-quo ante with respect to a cease-fire.”

He blamed Hamas, which controls the Gaza Strip, for the escalation.

Getting to a cease-fire “is complicated because the residents of southern Israel who have been forced to live under this rocket fire have been subjected to this conflict because of Hamas’s decision,” Kerry said. “Hamas has refused against all movement and trends in the region, against all urging of the Arab community in the region, against all indicators of the Arab peace initiative, against all efforts of peace, stubbornly refused to even accept the Quartet principles and to disavow violence as a means of finding a negotiated way forward.”

The Quartet principles refer to the international conditions for a peace deal, including the renunciation of terrorism and the recognition of Israel.

“It’s a dangerous moment, and we will do everything in our power,” Kerry said. “I’ve made it clear that the United States of America is available to do everything possible, and we are already engaged in trying to see if it is possible to bring an end to the violence and find a different way forward.”