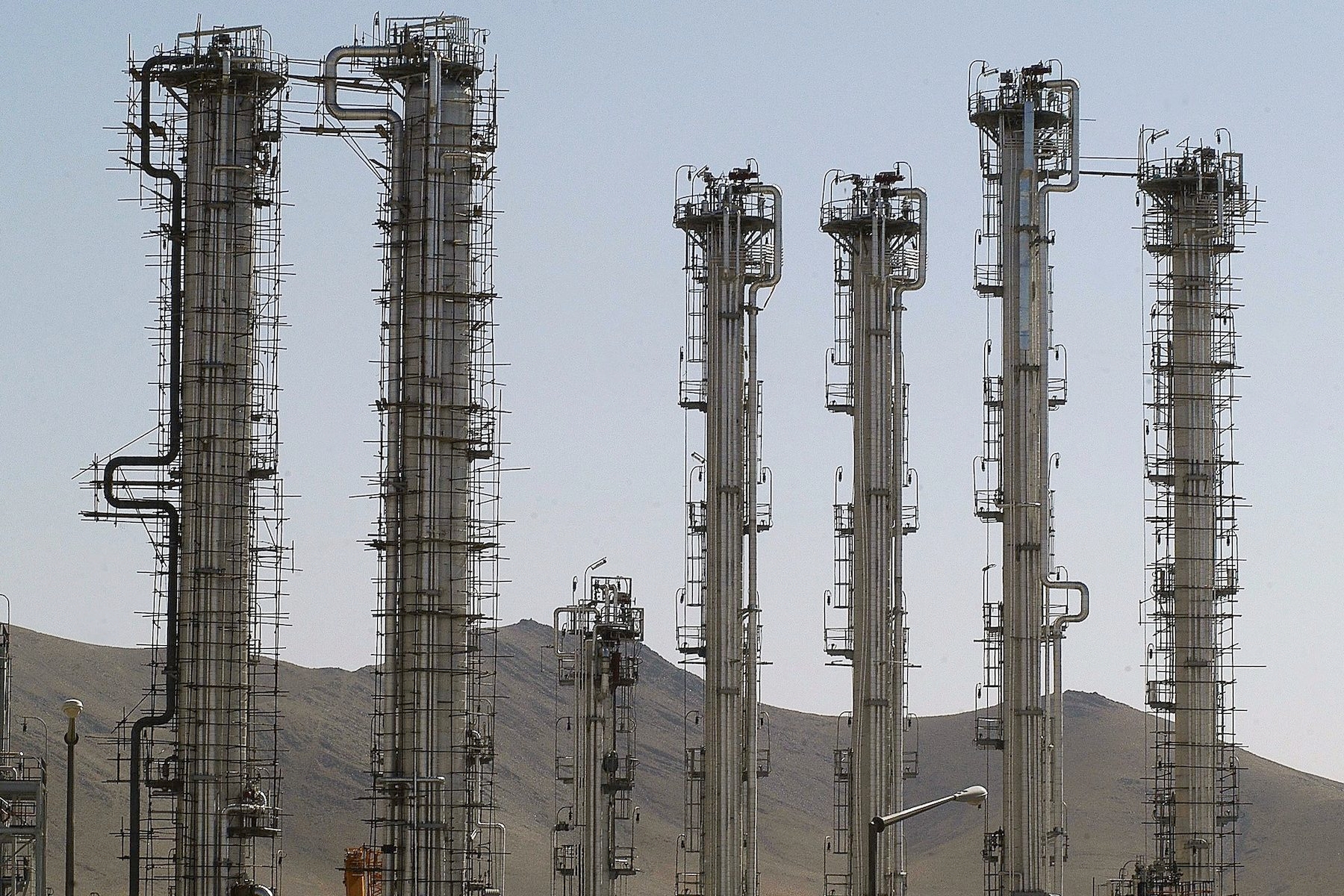 Under the terms of an agreement reached last month, Iran has vowed not to make "any further advances of its activities" at its reactor in Arak. (Majid Saeedi/Getty Images)
Advertisement

WASHINGTON (JTA) —  The United States would consider an extension to the July 20 deadline for an Iran nuclear deal, Secretary of State John Kerry said.

Kerry, speaking Tuesday in Vienna after meeting with his Iranian counterpart, Javad Zarif, and representatives of other nuclear powers negotiating with Iran, said one of the options he would put to President Obama and the Congress would be extending the talks.

The possibility of a six-month extension was written into the interim agreement governing the talks, launched in January, but the Obama administration has focused until now on the deadline date. Kerry, who was returning to Washington on Tuesday, appeared to suggest that advances in the talks merited the extension.

“We have made progress,” Kerry said, referring both to the negotiations and his recent round of direct talks with Zarif. “We have all continued to negotiate in good faith. But after my conversations here with both Iran and with our P5+1 partners in particular, it is clear that we still have more work to do.”

Republicans in Congress and a number of Democrats oppose an extension. Israeli leaders have said that it is the better of two bad choices, as it would at least delay a deal they see as too concessionary.

Kerry did not outline the progress he said the sides had achieved, but Zarif in an interview with The New York Times posted Tuesday said for the first time that Iran was ready to freeze uranium enrichment at civilian-use levels, between 3 and 5 percent, for up to seven years. Zarif also said Iran would not dismantle its centrifuges, a key U.S. demand.

Obama and others have said that they would find such a limit acceptable, but want it guaranteed by a dismantling of most of Iran’s centrifuges.

Western diplomats also have not spoken of a time limit for the enrichment freeze, although The New York Times quoted U.S. officials as saying that it should be at least 10 years.

Israel has said that any deal that does not complete dismantle Iran’s enrichment capacity is a bad one.