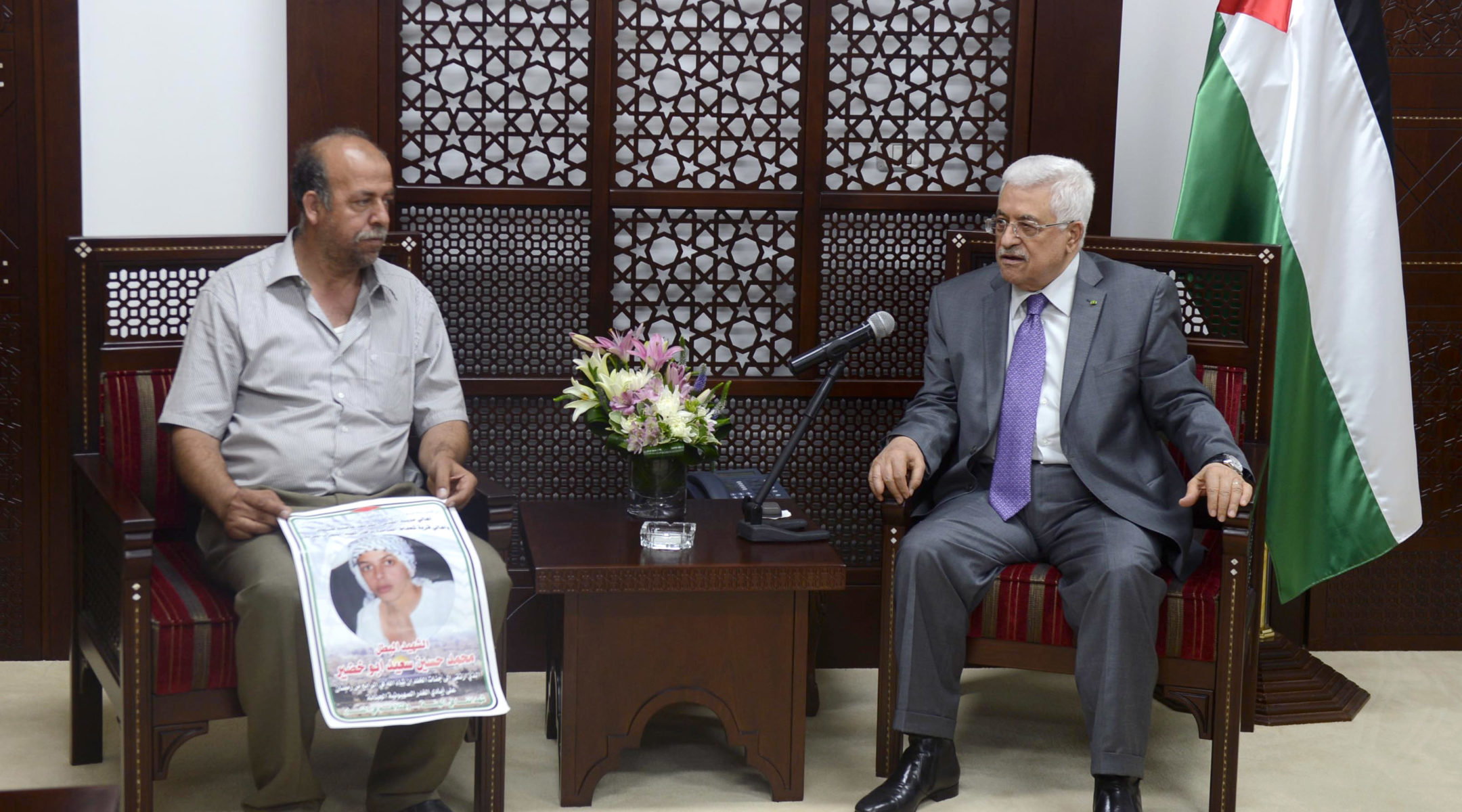 Hussein Abu Khdeir, father of murdered Palestinian teen Mohammed Abu Khdeir, holds his son's photo as he meets with Palestinian President Mahmoud Abbas (R) in the West Bank city of Ramallah, on July 7, 2014. The charred body of the 16-year-old was found in a forest near Jerusalem in a suspected "revenge" attack by Jewish settlers for the recent killing of three Israeli teenagers who went missing from a West Bank settlement. (Thaer Ghanaim/PPO via Getty Images)
Advertisement

The decision by the Ministry of Defense followed the indictment Thursday of three Jewish Israelis in the slaying, the ministry said in a statement, as well as the findings from the investigation pointing to the nationalistic motive of the killing.

The designation entitles the family to benefits from the state. Also, the teen’s name will be included on the Memorial Day list of killed soldiers and terror victims.

The three Jewish suspects, who reportedly reenacted the crime, have confessed and said the slaying was in revenge for the kidnapping and murders of Israeli teens Gilad Shaar, Naftali Fraenkel and Eyal Yifrach.

Khdeir was kidnapped from outside a mosque in his eastern Jerusalem neighborhood early on the morning of July 2, hours after the funerals for the three Israelis. Khdeir’s badly burned body was found hours later in the Jerusalem forest.