From Selena Gomez to Howard Stern, celebs squabble over Gaza in tweets and rants 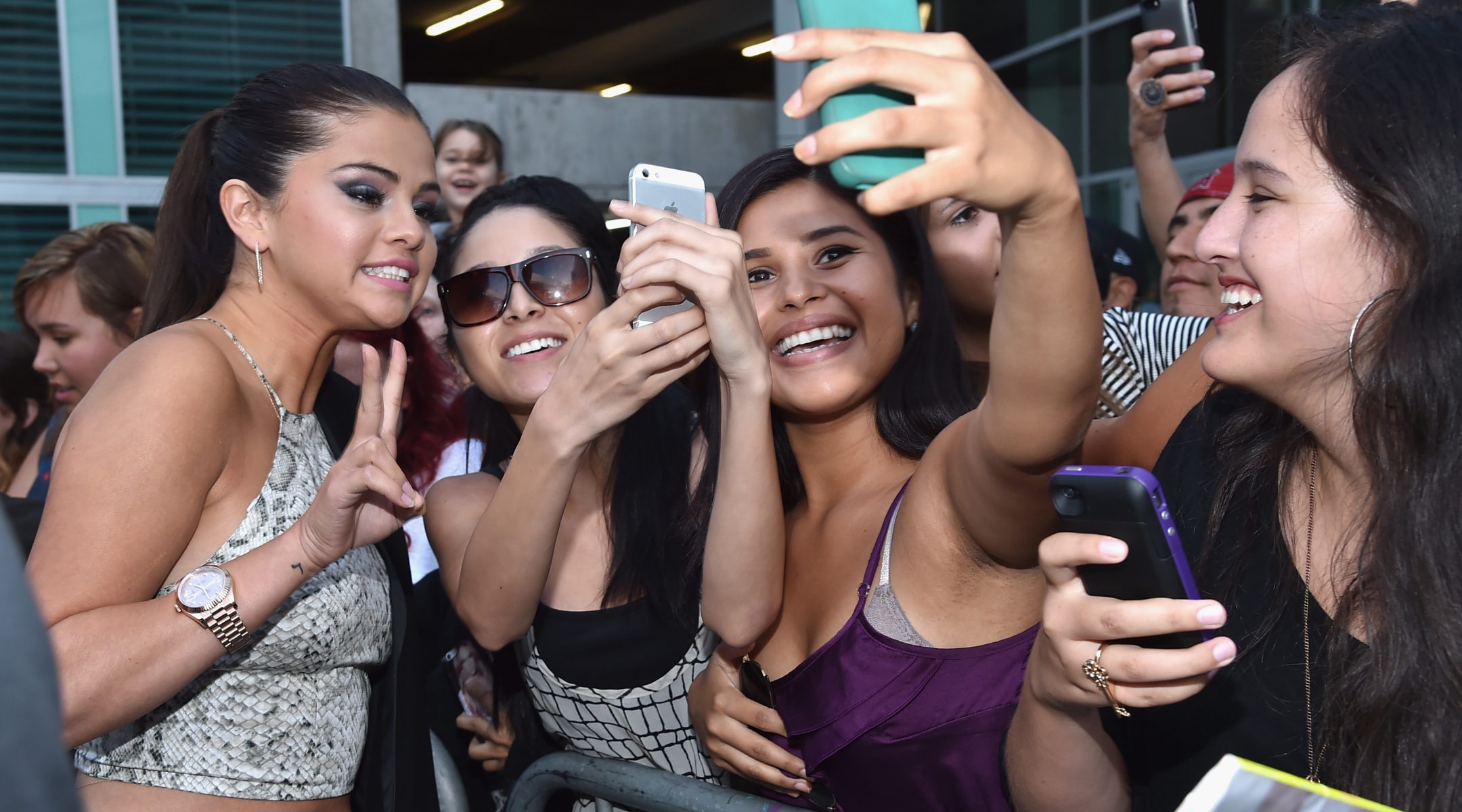 LOS ANGELES (JTA) — What do Madonna, Javier Bardem and Rihanna have in common?

Aside from talent and many millions of dollars, they’ve all waded into the maelstrom of public debate over the Gaza conflict — and then had to extricate themselves when the going got tough.

For almost as long as the conflict has been raging, a parallel rhetorical fracas has been taking place among and between celebrities expressing their opinions on the Gaza conflagration. They’ve done so in one-line utterances on Twitter and Instagram, as well as in extensive comments on TV interviews, in advocacy videos and even in Op-Ed pieces.

The result has been the mess one might expect given the collision of social media, foreign policy non-experts and tabloid-style thinking with the Israeli-Palestinian conflict.

On July 18, pop star Selena Gomez urged her Instagram followers to “Pray for Gaza,” then followed up a few hours later to add that she was “not picking any sides.” That was more than enough for Joan Rivers, who capped off a pro-Israel tirade by sarcastically mocking Gomez as “that college grad,” then added, “Let’s see if she can spell Palestinian.”

It all might seem a bit silly except that celebrities have the eyes and ears of ordinary people as few others do, and in the Israeli-Palestinian conflict, the battle over public sentiment matters almost as much — some might say more — than the real battle on the ground in the Middle East.

“It definitely has an effect because there are many people who are out there that are not involved in Middle East politics, don’t know anything about it, and they form their opinions on the basis of what their favorite celebrity says,” said Rabbi Marvin Hier, dean and founder of the Simon Wiesenthal Center. “Is that fair? No, it’s not fair, but that’s the reality of the world we live in.”

Thus when, for example, married celebrity Spanish actors Javier Bardem and Penelope Cruz (along with filmmaker Pedro Almodovar) signed onto a letter accusing the Israeli army of “genocide” in Gaza, Hier thought it was important to push back. He urged Jon Voight to publish a letter that the veteran actor had written in response, and the 75-year-old Academy Award winner agreed.

Voight’s reply, which appeared in the Hollywood Reporter, ripped Cruz and Bardem as “obviously ignorant of the whole story of Israel’s birth” and accused them of inciting anti-Semitism.

Whether it was Voight’s letter or the numerous other critiques of the couple, the pushback worked. Cruz released a statement noting that she was “not an expert on the situation” and that she only wished to promote peace. Bardem similarly announced, “My signature was solely meant as a plea for peace.”

In fact a number of the celebrities who have spoken out on the Gaza conflict have followed a pattern similar to that of Cruz and Bardem — a gesture in sympathy with the Palestinians (sometimes paired with harsh criticism of Israel) followed by criticism that leads to backtracking (possibly with the caveat that no bigotry was intended), finally capped off with a vague call for peace.

It was the path taken by Rihanna, who tweeted #Free Palestine, only to delete the tweet eight minutes later and subsequently post a picture of a Jewish and Arab boy walking arm in arm with the message, “Let’s pray for peace and a swift end to the Israeli-Palestinian conflict!”

Madonna followed a similar path, though more elaborate, posting a picture of flowers with the caption, “These flowers are like the innocent children of GAZA! Who has the right to destroy them? No One!!!” She then quickly turned defensive, tweeting, “I do not support Hamas!” adding “I support Peace!” Then, in a twist, she posted a picture of herself with a pair of bare-topped, muscled back-up dancers — one wearing a Jewish star on his muscled abs, the other a Muslim crescent — proving again that Madonna can turn just about any discussion back to sex.

Of course, some celebrities have been more resolute in their opinions.

Jewish Voice for Peace posted a video of celebrities holding the names of Gazans who had been killed. The video included Eve Ensler, Mandy Patinkin, Roger Waters, Chuck D and Brian Eno. Eno also posted an editorial on David Byrne’s website that was highly critical of Israel.

On the other end of the ideological spectrum, Jackie Mason and Howard Stern cut loose with diatribes aimed at critics of Israel.

A few celebrities have chosen to weigh in more carefully.

Woody Allen, no stranger to controversy, steered clear this time, saying, “This situation remains tragic and terrible, and the leaders in Israel and the leaders in the Arab world have not been able to come to an agreement.” He tipped his hand a little, though, when he added that “the Arabs were not very nice” at Israel’s founding, and “it led to problems.”

The effect of all the back-and-forth is difficult to judge. Omri Ceren, a senior adviser at The Israel Project, a pro-Israel advocacy group, noted that U.S. public opinion had stayed steady in favor of Israel, or in some demographics grown even more supportive, since the start of the conflict.

Do Stern and Voight wield more clout than Eno and Chuck D?

Ceren suggested instead, “It’s much more likely that Americans aren’t going to celebrities for their foreign policy analysis.”