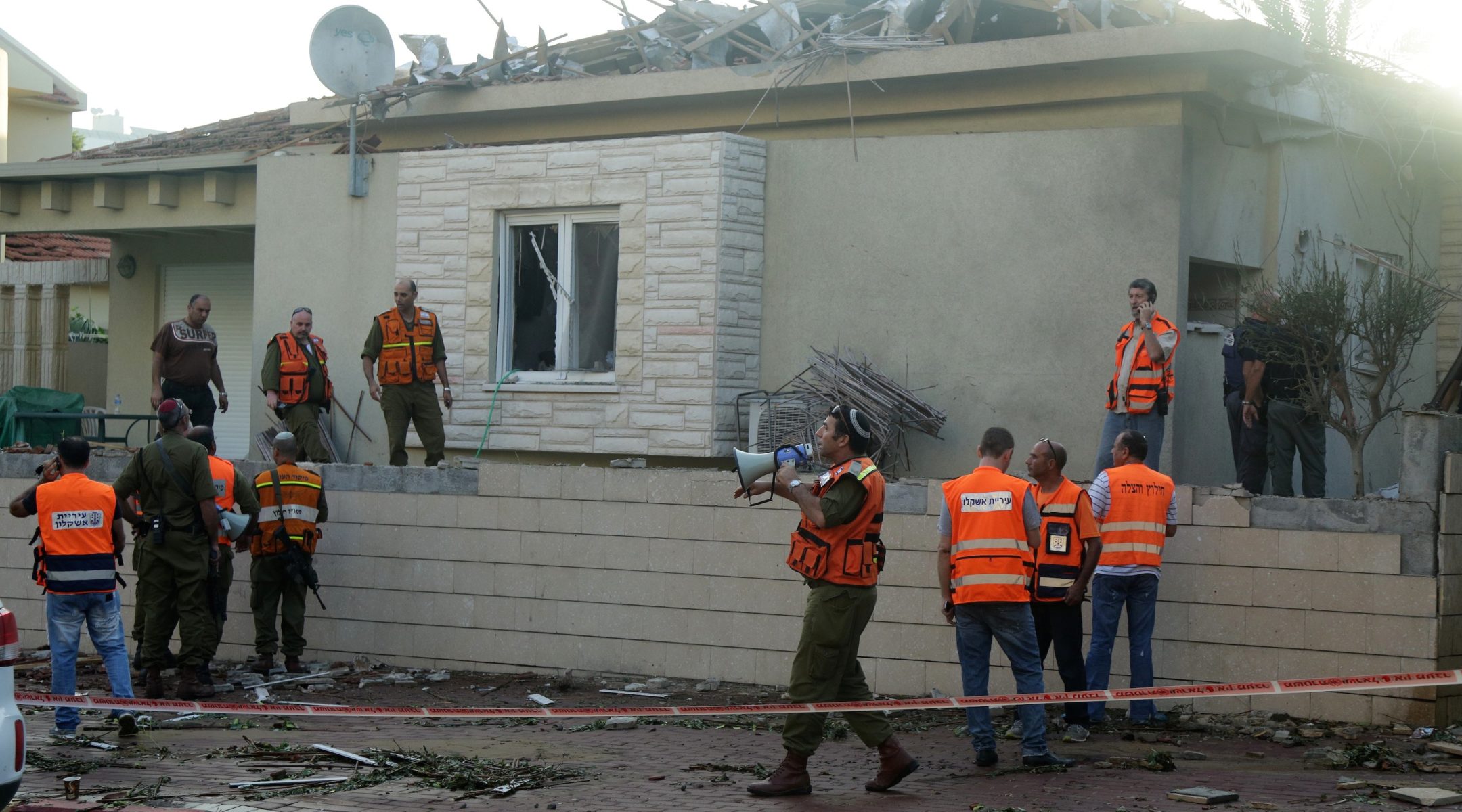 The house in Ashkelon, Southern Israel, that was directly hit by a rocket fired from Gaza, early morning on August 26, 2014. (Edi Israel/Flash90)
Advertisement

JERUSALEM (JTA) — A rocket fired from Gaza struck a home in Ashkelon and injured 28 while damaging about 50 neighboring apartments.

The family living in the home was running to a safe room when the rocket struck early Tuesday morning; they were not injured. The rocket left a large hole in the roof and destroyed two rooms.

Israeli security forces said later that the warhead was exceptionally large and could be a new type of rocket, perhaps intended to travel longer distances, the Times of Israel reported.

Later Tuesday, a rocket from Gaza landed on the playground of a kindergarten in Ashdod.

Residents fled the buildings prior to the airstrikes after receiving phone calls with recorded warning messages from the Israeli military, according to Maan.

The Israel Air Force also attacked a boys’ school in Gaza City from where the Israeli military said the mortar that killed 4-year-old Daniel Tragerman was launched, The Associated Press reported. The displaced Palestinians sheltering in the school were warned to evacuate before the attack.