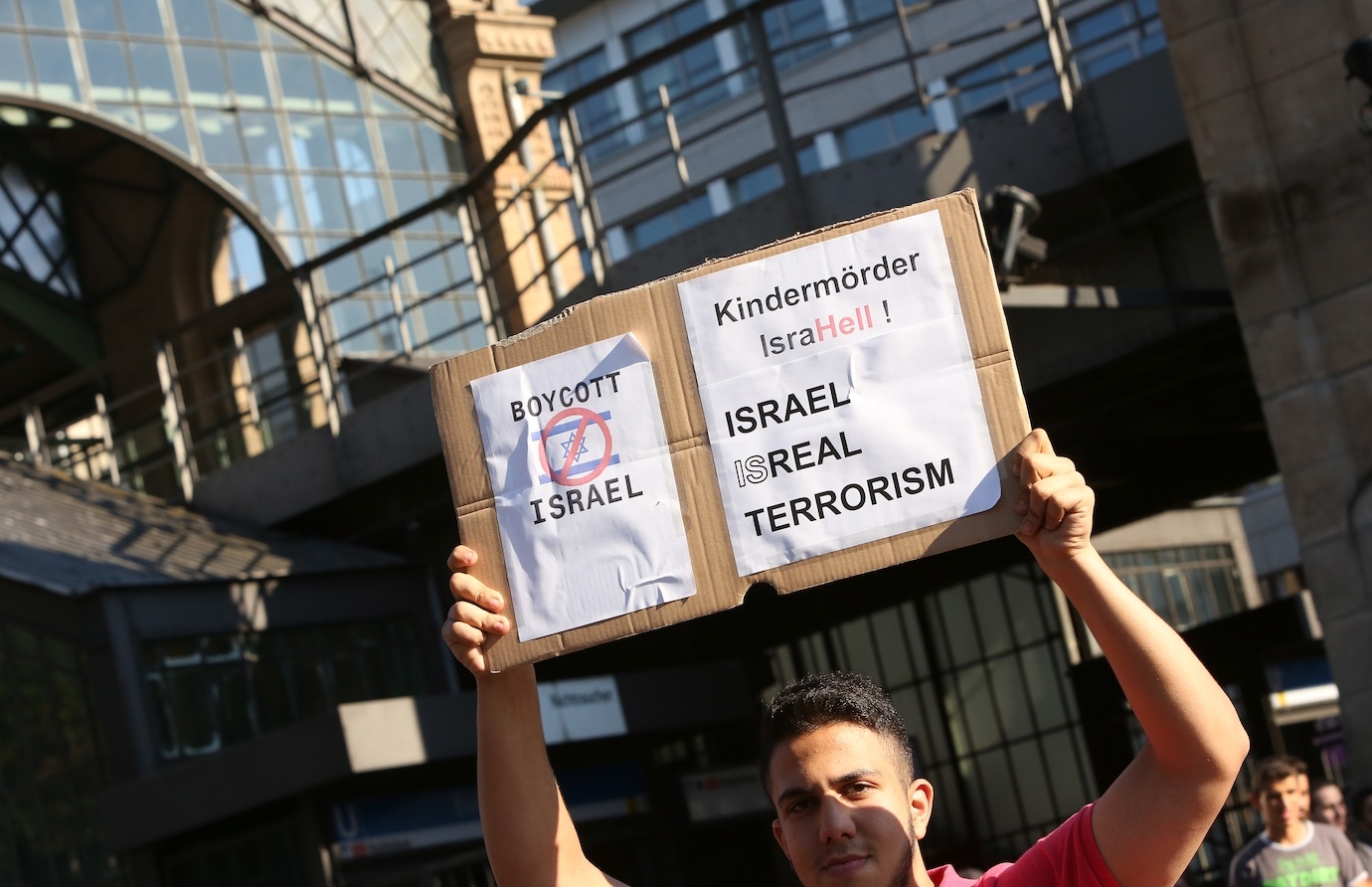 A participant demonstrating at a protest against Israeli military action in Gaza, July 17, 2014 in Berlin, Germany. The event took place at the same time as a 'We Stand With Israel' demonstration elsewhere in the city. (Adam Berry/Getty Images)
Advertisement

WASHINGTON (JTA) — Germany is ready to allocate funds to tailor education about anti-Semitism for its Muslim students, the country’s Jewish outreach official said.

Felix Klein, Germany’s special representative for relations with Jewish organizations, is in Washington this week to meet with Jewish groups and Obama administration officials over American concerns about a spike in anti-Semitism in Germany during the recent Israel-Hamas conflict in the Gaza Strip.

Many of the offenders were Muslims, and many of those were members of Germany’s substantial Turkish minority.

“Sometimes, we hear it is difficult to teach the Holocaust” to Muslim students, Klein told JTA in an interview Wednesday at the German Embassy in Washington. “We would give special tools that would interest young Muslims, that would incorporate the role of Turkey” during World War II.

Klein said there was a “feeling of unease” among Germany’s 100,000 Jews after the spate of anti-Semitic incidents.

He said the money for such an initiative would come from Germany’s Interior Ministry and its Ministry for Families, Youth and the Elderly, as well as from regional governments.

Klein met State Department officials who deal with anti-Semitism and Holocaust issues as well as with officials of the American Jewish Committee, the Anti-Defamation League and B’nai B’rith International.