Why does Qatar support Hamas? 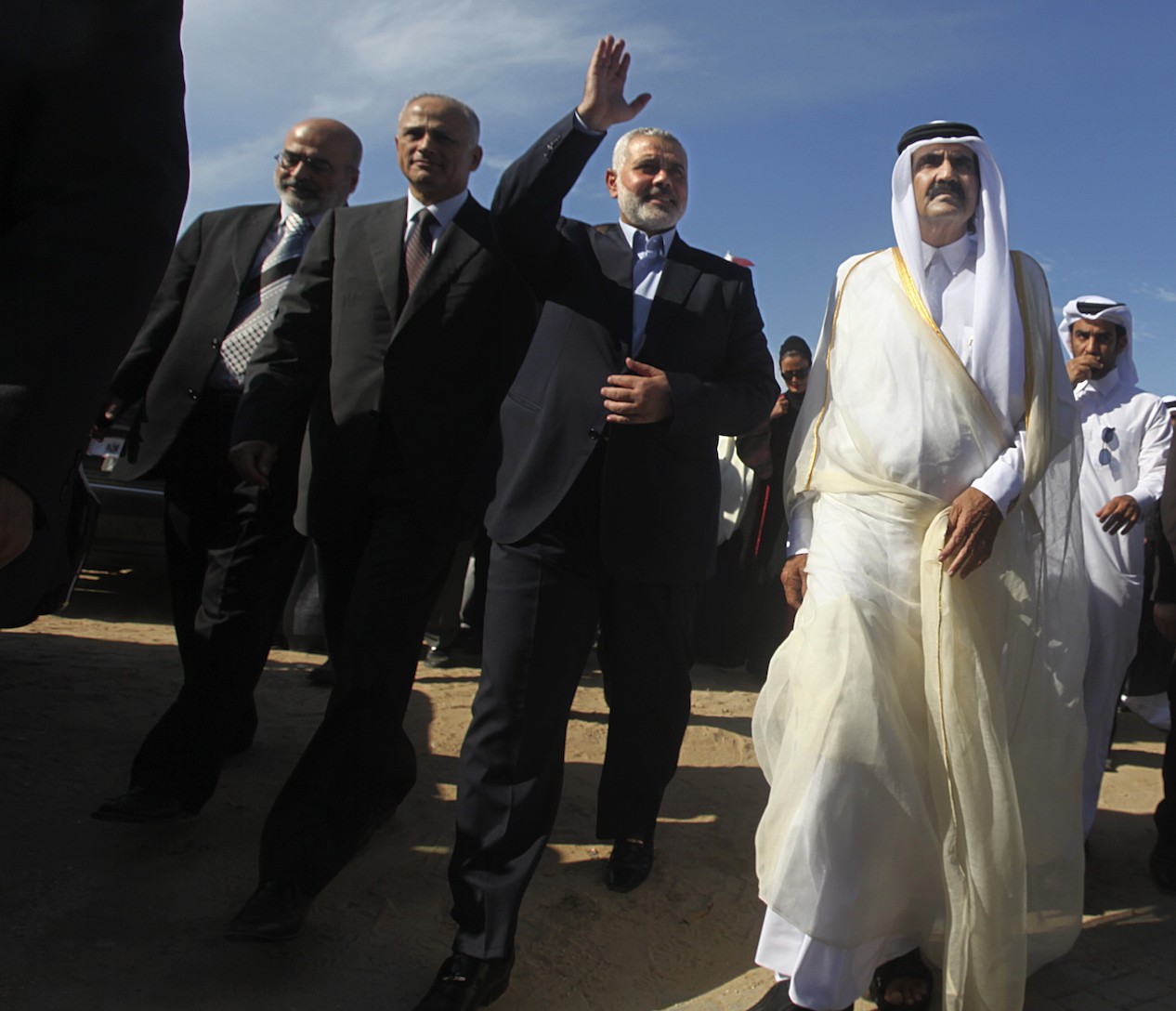 WASHINGTON (JTA) – It was the first Persian Gulf state to establish ties with Israel, the first to welcome Israeli students and the only one to allow direct dialing to Israel. Israeli athletes shine on its courts.

Now Qatar is on the outs with Israel because of its embrace of another regional pariah: Hamas.

Calls are circulating in the U.S. Congress to isolate Qatar — a state that has polished its pro-Western image in recent years, welcoming in foreign universities, backing the global news channel Al Jazeera and prepping to host the 2022 World Cup — for its championing of Hamas.

Since Hamas assumed control in Gaza in 2007, Qatar has poured hundreds of millions of dollars into the territory and backed Hamas diplomatically, sheltering its exiled leader Khaled Meshal.

A pro-Israel source, speaking anonymously in order not to preempt lawmakers, said Qatar is under increasing scrutiny from Congress in the wake of this summer’s Israel-Gaza conflict. And with reports proliferating that financing for Islamist insurgents including the Islamic State, or ISIS, throughout the region originates in the oil-rich emirate, it is facing increasing isolation from its neighbors as well.

Qatar’s reasoning in identifying so closely with Israel’s mortal enemies is, paradoxically, grounded in the same strategies that led it to establish open ties with Israel in the 1990s, said Lori Plotkin Boghardt, a fellow at the Washington Institute for Near East Policy, a think tank that specializes in Gulf states.

“Qatar’s basic approach to its own security is to maintain cordial relations with a very wide range of political actors and states,” Boghardt said in an interview. “And this accounts for its relationship with Israel on the one hand and its relationship with the most extreme terrorist groups [such as ISIS] on the other hand. This is simply the behavior of a very small state sandwiched between two large and sometimes unfriendly neighbors, Saudi Arabia to the west and Iran to the east.”

Punching above its weight is what led Qatar to establish trade ties with Israel in 1996, along with Oman, the first Gulf states to do so. Israeli businessmen travel to the emirate and Israeli students are welcome at the emirate’s Georgetown University campus. Shahar Peer, the Israeli tennis pro, excelled in the Qatar Open in 2008.

Israel returned the favor, with its government and the pro-Israel community here advocating on the emirate’s behalf in Washington. In 2005, Israel backed Qatar’s bid for a seat on the U.N. Security Council, helping to boost its diplomatic profile and influence.

Qatar’s attempts to manifest an outsize voice on regional issues is behind its backing for Al Jazeera. It seeks to maintain and polish its reputation as friendly to Western values.

The tiny emirate pitches itself as a vacation destination and funds a number of influential Washington think tanks, including the Brookings Institution, to where a senior official, Martin Indyk, just returned after a year trying to broker an Israeli-Palestinian peace deal.

Tensions between Israel and Qatar emerged in 2007 when Qatar was one of the only countries to back Hamas after the group booted the more moderate Palestinian Authority out of the Gaza Strip in a bloody coup. In 2012, its then-emir, Sheik Hamad bin Khalifa al-Thani, became the first head of state to visit Gaza under Hamas rule, pledging to raise $400 million toward reconstruction.

Qatar’s rationale — shared by Recep Tayyip Erdogan, the Turkish leader — was that Islamist groups were proliferating and inevitably would play a role in the region, and therefore it was important for allies of Western nations to maintain ties.

That thinking seemed to be vindicated by the Arab Spring in 2011 when Islamists were reaping most of the gains in the pro-democratization protests throughout the Arab world. Qatar backed the Muslim Brotherhood, the Egyptian progenitor of Hamas, in Egypt and Sunni insurgents seeking to topple the Bashar Assad regime in Syria.

By this summer and the Gaza war, Israel was labeling Qatar a terrorist haven in part because it is harboring Meshal, a leader of Hamas. Qatar’s fingerprints alone prompted Israel to reject a cease-fire proposal advanced by John Kerry, the U.S. secretary of state, although trade ties are still in place and Israeli businessmen still travel to Qatar.

Backing Islamists in the long run was a losing bet, said Jonathan Schanzer, the vice president for research at the Foundation for the Defense of Democracies. He noted the ouster last year of the Muslim Brotherhood in Egypt and the turning tide against insurgents in Syria, as well as with international disgust at the actions of Islamist extremists in Iraq.

“They’re like the drunk guy at the casino putting down bad bet after bad bet,” he said in an interview, referring to Qatar.

Schanzer, testifying before Congress last week, counseled pressuring Qatar through sanctions that target individuals and entities. The United States has three bases in Qatar, one of which houses the forward base of the U.S. Central Command — a status that is more important to the militarily weak emirate than it is to the U.S., according to Schanzer.

“It’s hard to justify a base several miles from where the Taliban had an embassy, from Khaled Meshal’s headquarters and from where Al Jazeera is hammering the United States,” he told JTA.