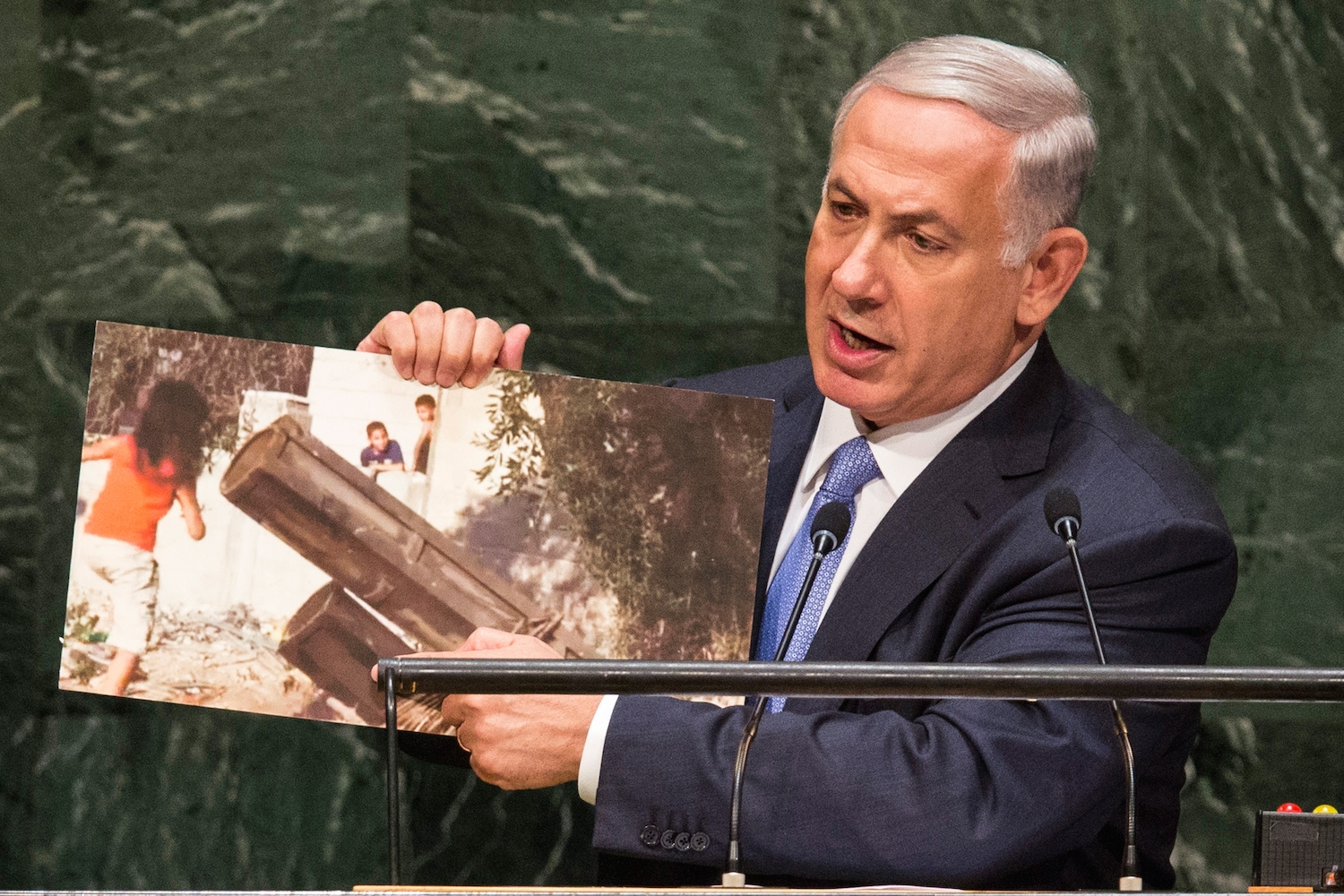 “We would not agree with that,” Jen Psaki, the State Department spokeswoman, told reporters Monday when asked about what Netanyahu said in his address that day to the U.N. General Assembly.

“We have obviously voiced concerns when we have them about actions that are taken,” she said, referring to the council, “but no, we would certainly not agree with that characterization.”

Netanyahu said the council had “betrayed its mission” by investigating Israel for war crimes during its conflict with Hamas in the Gaza Strip over the summer. He alleged that Hamas had used civilians as human shields during the fighting.

“By granting international legitimacy to the use of human shields, the U.N.’s Human Rights Council has thus become a terrorist rights council, and it will have repercussions,” Netanyahu said.

The council’s resolution in July calling for a war crimes probe focused heavily on Israel, although the human rights commissioner in recommending the investigation said at the time that launching attacks from civilian areas as Hamas had done was “unacceptable.”

In the briefing, Psaki also stood by her condemnation of Palestinian Authority President Mahmoud Abbas for describing Israel’s actions during its Gaza operation as “genocide.”

“Such provocative statements are counterproductive and undermine efforts to create a positive atmosphere and restore trust between the parties,” Psaki had said after Abbas’ U.N. speech last Friday.

On Monday, the PLO office in Washington called Psaki’s comments “unwarranted” and said they assigned “blame exclusively” to the Palestinians for the impasse in peace talks.