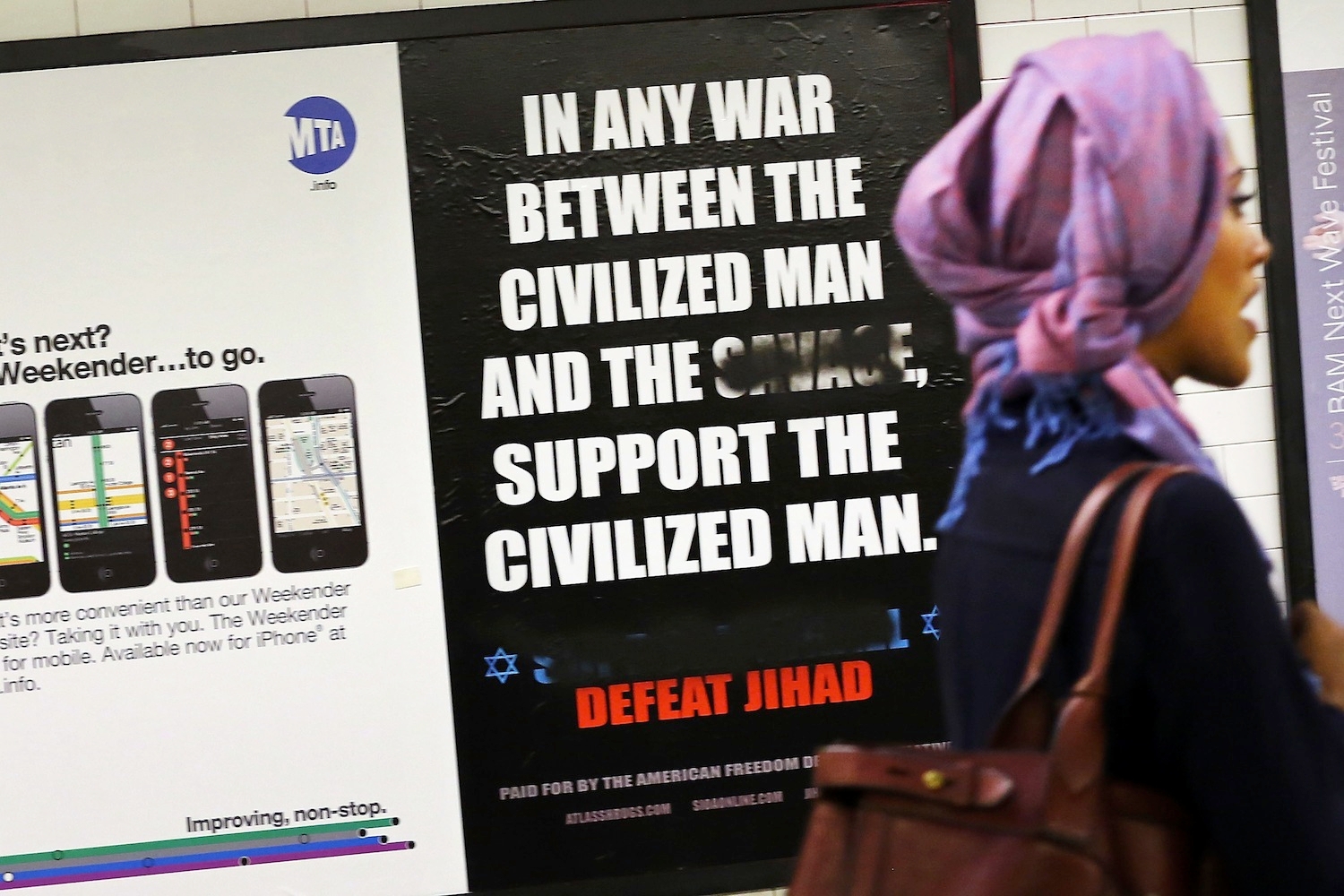 People walk by a controversial ad, which has already been defaced, that condemns radical Islam in a New York subway station, Sept. 27, 2012, in New York City. The ad reads, 'In any war between the civilized man and the savage, support the civilized man. Support Israel. Defeat Jihad.' (Spencer Platt/Getty Images)
Advertisement

The ad — Geller poses here with a sample — features a young man wrapped in a keffiyah, or Palestinian scarf, and the quote, “Killing Jews brings us closer to Allah”. On the bottom, it cheerfully asks: “That’s his Jihad. What’s yours?”

The MTA is forbidden from banning ads with a viewpoint, but the agency says the viewpoint isn’t the issue here — it’s the direct incitement. Consumers might take the risk-reward ratio the ad posits seriously.

Geller, who is suing the MTA, says the ads have not incited violence in other cities where they have appeared. Furthermore, they are a parody of the #MyJihad campaign of the Council on American-Islamic Relations, which casts jihad as an individual struggle for betterment, and not a war against infidels.

Notably, the CAIR ads have not run in New York, so this nuance might be lost on your average commuter stuck on the FDR and contemplating jihad against the jerk in the Jag with the cellphone.

What puzzles me though, is the attribution for the quote — Hamas MTV. It appears to have puzzled a lot of reporters covering this story — the nonplussed AP reporter puts “Hamas MTV” in quotes.

I found a single ironic reference to a “Hamas MTV” on a Christians United for Israel site, but I’m wondering if Geller is on to something — I’d like to see the whole trajectory: Veejays, the decision to drop music videos for reality TV, the “Behind the Jihad” spinoff….