Am Yisrael Buy: Pro-Israel app aims to counter flurry of BDS ones 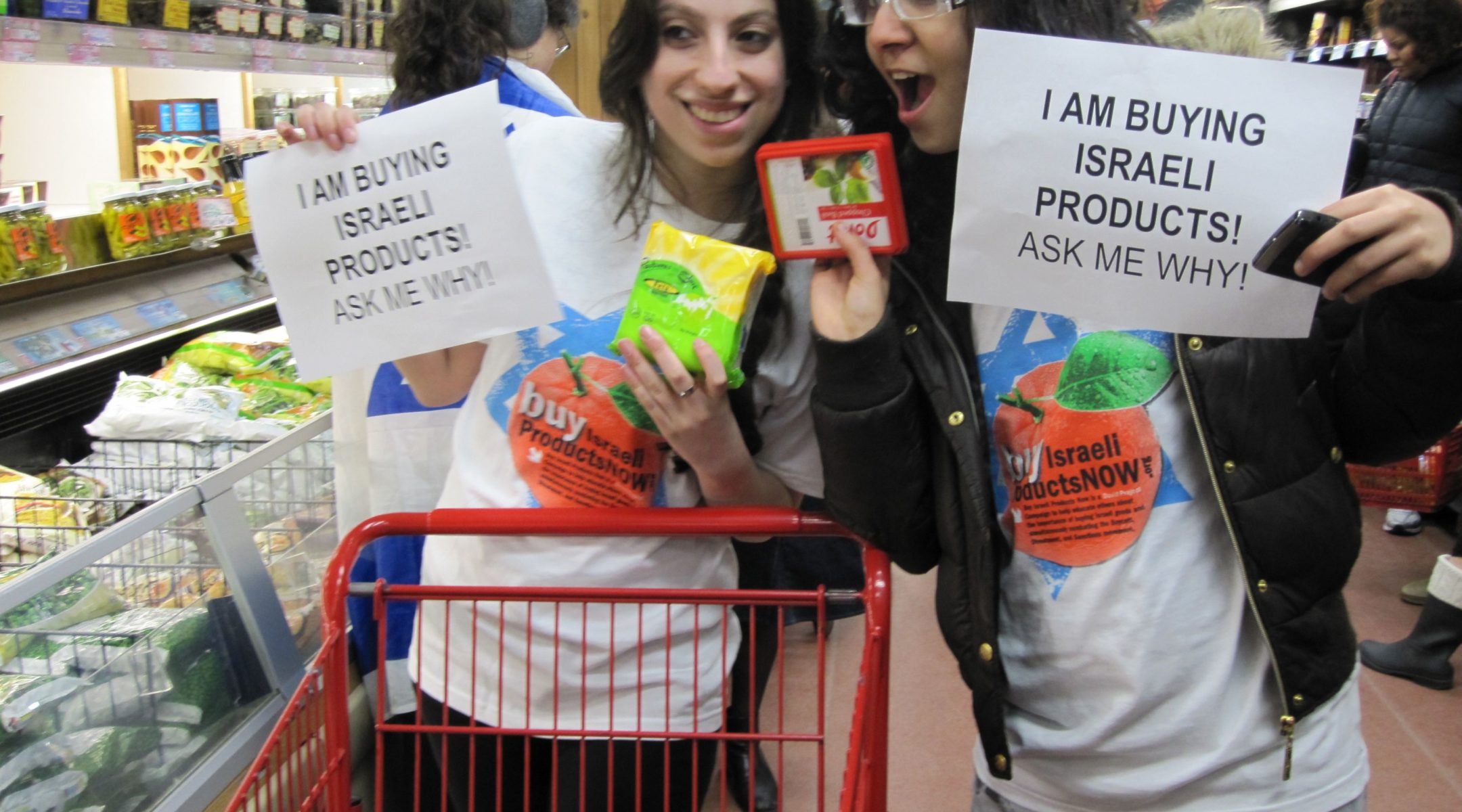 The latest Israel technology wasn’t developed at the Technion, nor was it hatched by a startup in Tel Aviv. In fact, it didn’t come from Israel at all.

Am Yisrael Buy, a new app (available on Apple, Android and Windows Phone) designed to help users locate and buy Israeli products, is the brainchild of Rabbi Daniel Cohen, 49,the spiritual leader at Temple Sharey Tefilo-Israel in South Orange, N.J.

A screenshot of the Am Yisrael Buy app.

After learning this summer about apps being developed to advance the Boycott, Divestment and Sanctions (BDS) movement, the rabbi said he “went looking for a pro-Israel app and couldn’t find one that was standing up to BDS.”

So Cohen, who sees BDS as a movement geared toward “isolating and destroying the Jewish state,” took it upon himself to create Am Yisrael Buy, which launched just before Rosh Hashanah. Some 2,500 users have downloaded it so far; it includes a list of Israeli products for purchase, as well as links to Israeli media outlets and Israeli organizations.

For now, the effort pales compared to the technology on the other side. Using the Buycott app, which catalogues products and their affiliations and lets users set up campaigns to either support or avoid certain products, pro-Palestinian activists created a “Long live Palestine, boycott Israel” campaign, which now has over 400,000 users. In contrast, Buycott’s “Support Israel and Boycott Terrorist Organizations” has just under  12,000 users.

While Buycott wasn’t designed specifically for the BDS movement, several other apps have been, including two separate ones that share the title “Boycott Israel.” And in March this year, the BDS movement announced that it was creating an app that offered a comprehensive database of Israeli products, and a barcode scanner to help everyday consumers boycott the Jewish state.

Interestingly, despite their different goals, Am Yisrael Buy and the BDS apps are similar in that they share information about Israeli products. A consumer wishing to buy Israeli goods could easily download a BDS application and repurpose it.

But Cohen insists that building an app with a pro-Israel message is vital.

“I’ve always taken the view that it’s better to put out a positive message,” he said. “Quite frankly, a specific BDS app, by downloading it, you send a message, whether you intend to or not, that you are supporting BDS. The commerce is important, but equally important is the message that the American Jewish community in general is supportive of Israel. So each download of [my] application goes in the column of supporting Israel.”

Cohen said he hopes to clean the app’s interface and attract people with greater technical know-how to work on the app. But he’s not looking to monetize it or start a company.

“For me it’s about the mission, the love for Israel, and the commitment that brought me into the rabbinate and made me an avid Zionist,” he said. “I’m just very fortunate to be in a position where I can make a difference.”