Do Israelis think Netanyahu is ‘chickenshit’? Maybe, but they like him that way 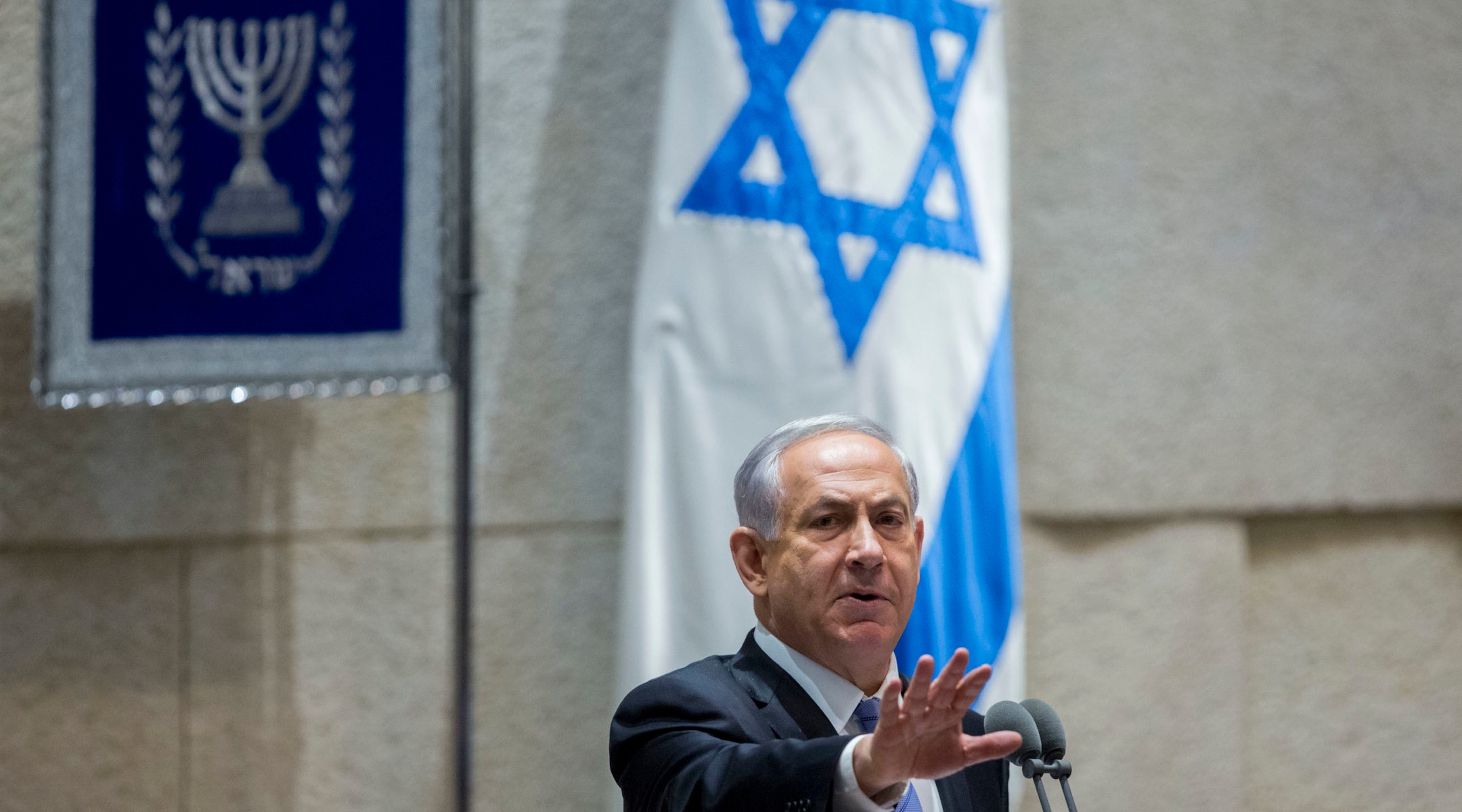 JERUSALEM (JTA) – An anonymous White House staffer apparently isn’t the only one who thinks Benjamin Netanyahu is shy about taking chances.

A piece this week in  The Atlantic magazine by journalist Jeffrey Goldberg ignited a firestorm with its revelation that an Obama administration official had called the Israeli prime minister “a coward” and “chickenshit.” But on Netanyahu’s home turf, Israeli political leaders also have criticized him as risk averse and focused solely on his political survival.

Politicians on the Israeli right have called Netanyahu soft on defense. Those on the other end of the political spectrum have described him as inflexible and insincere on Israeli-Palestinian peace. Rivals deride him as overly focused on maintaining power.

Israeli Economy Minister Naftali Bennett, chairman of the far-right Jewish Home party and Netanyahu’s coalition partner, demanded Tuesday that the Obama administration “immediately reject these gross comments.” (The following day, a U.S. National Security Council official spokesman called the anonymous remarks “inappropriate and counterproductive.”) But at the end of Israel’s recent war in Gaza, it was Bennett himself who implicitly criticized Netanyahu as hesitant in fighting Hamas.

Meanwhile, the Obama administration’s “red-hot” anger over Netanyahu’s settlement policies described in Goldberg’s piece is shared with Israeli political leaders to the left of the prime minister. Finance Minister Yair Lapid of the centrist Yesh Atid party earlier this week said that plans to expand settlements “will lead to a serious crisis in Israel-U.S. relations and will harm Israel’s standing in the world.”

And Netanyahu’s main rival, opposition leader Isaac Herzog, delivered a withering 13-minute tirade against the prime minister Tuesday from the Knesset floor that contained many of the same criticisms as the U.S. officials’ comments.

“There’s a nation here that desires life, and its life is more important than your political survival,” said Herzog, chairman of the Labor party. “Six years in a row you’ve held your position. Six full years. And what have you brought? How have you fulfilled your promise? Nothing. There’s nothing. Not peace, not security, not economy, not hope.”

Apparently, however, Israelis mostly don’t seem that upset with Netanyahu, whether they agree with Herzog or not. However harsh Herzog’s criticisms, his Labor party consistently polls lower than Netanyahu’s Likud. Indeed, polls consistently show Netanyahu to be the leader that Israelis would be most likely to reelect.

And while an Israeli Channel 10 poll from last week indicated that 45 percent of Israelis don’t want Netanyahu to serve another term, it also showed his party winning the most seats were an election to be held now.

“Most people think he has an even keel,” said Jonathan Rynhold, a senior researcher specializing in U.S.-Israel relations at Bar-Ilan University’s Begin-Sadat Center for Strategic Studies. “The Israeli public may grumble, but they think he’s far and away the best option there is out there.”

Dahlia Scheindlin, an independent pollster and political analyst, said that while most Israelis support a two-state solution, they don’t see Netanyahu’s inaction as the main obstacle to a deal.

“They see the status quo as sustainable,” she said. “They support the idea of the two-state solution, but absolve Israel of any responsibility to get there because they believe the blame for not reaching that is on the Palestinian side.”

“Netanyahu doesn’t need to appeal to the right wing,” he said. “He needs to worry that he’s in the center. And if he’s seen as someone who’s cautious and moderate, that helps him.”

Even if the U.S. officials’ criticisms resonate with Israelis, Rynhold said Israelis would likely not side with the Obama administration over their own prime minister.

“For Israelis, it’s a shrug of the shoulders,” he said. “Obama’s standing is very low with the Israeli public. They don’t think his policies toward the Middle East are effective or wise, so harsh criticism of Netanyahu will have no impact. Those who don’t like Netanyahu will not like him anyway.”