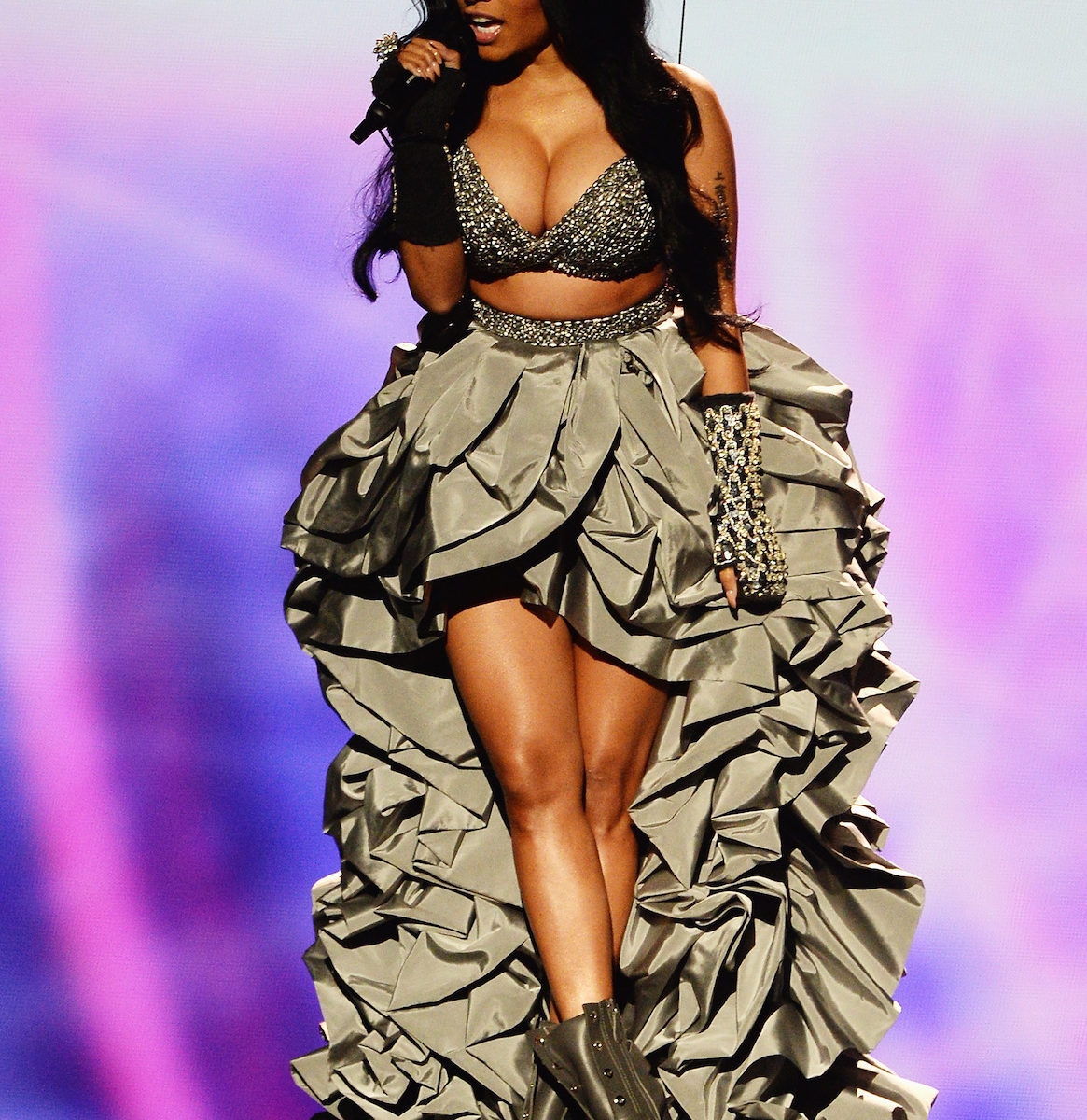 Nicki Minaj on stage during the MTV EMA's 2014 at The Hydro, Nov. 9, 2014, Glasgow. (Samir Hussein/Getty Images for MTV)
Advertisement

The Holocaust is a sensitive subject.  Some people, however — like rapper and songwriter Nicki Minaj — still don’t seem to get it.

Minaj’s new music video for her song “Only” is coming under fire for seemingly glorifying Nazism and appropriating Nazi imagery. In it, the New York-raised star is re-imagined as a powerful Hitler-like dictator, marching through scores of deferential soldiers outfitted in black uniforms and red armbands. It’s shot mostly in black and white, evoking the style of Nazi propaganda films, and the only color comes from red banners with a black “YM” insignia (representing Minaj’s label, Young Money) imposed over a white circle. Similarities to banners bearing swastikas are not in the least bit subtle.

The video has already sparked enormous backlash, ranging from fans on Twitter to the Anti-Defamation League, which is “deeply disturbed.”

If the video was meant to stoke controversy, Minaj and video director Jeff Osborne are well on their way to a smashing success. As an artistic statement, however, the whole thing is rather unintelligible. The song itself is essentially an elongated exercise in braggadocio, where each guest artist (including Chris Brown, Drake and Lil Wayne) imagines what it would be like to sleep with Minaj while detailing his sexual prowess and preferences. (Minaj reciprocates.) The video seems to correspond with the lyrics only when singer Chris Brown croons, “Raise every bottle and cup in the sky/Sparks in the air like the fourth of July” over the image of  war missile exploding and sending sparks and rubble into the air.

What’s clear is that the performers are no longer content in their celebrity status. Rather they wish to usher in a new era, where rappers are also military dictators, or something like that.