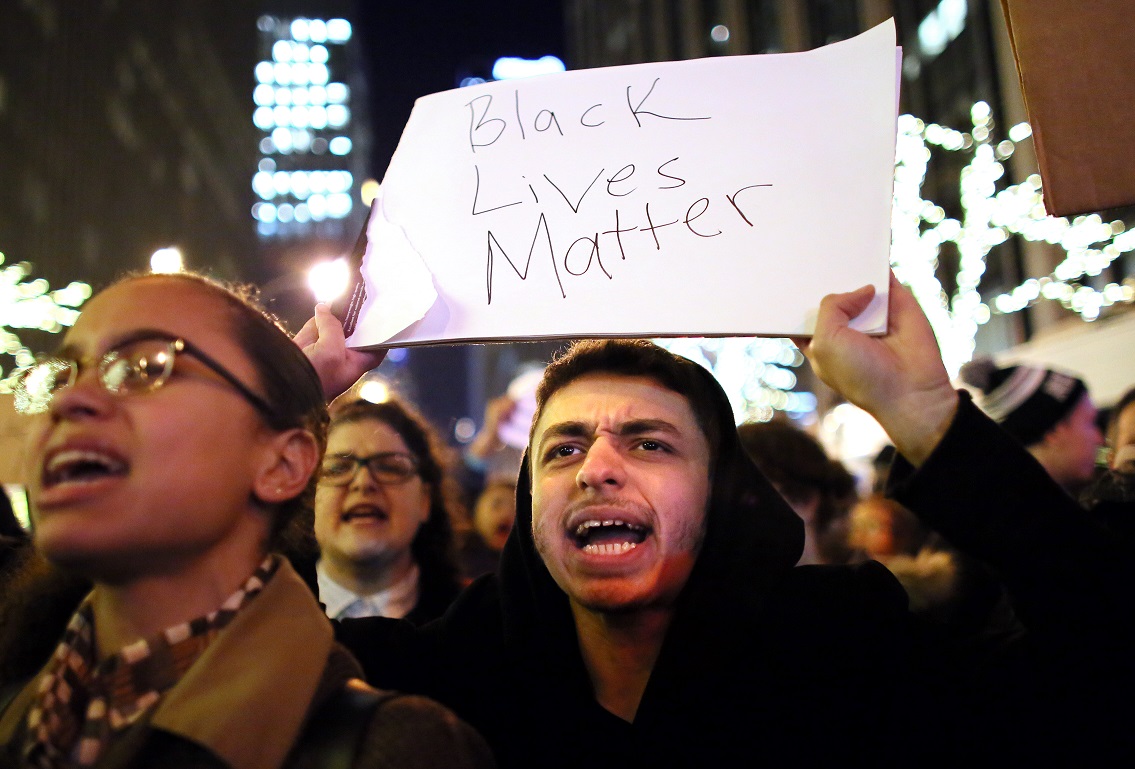 Demonstrators walk together during a protest Dec. 3, 2014 in New York. Protests began after a Grand Jury decided to not indict officer Daniel Pantaleo. Eric Garner died after being put in a chokehold by Pantaleo on July 17, 2014. (Yana Paskova/Getty Images)
Advertisement

The march set for Thursday night on the heavily Jewish Upper West Side neighborhood is being coordinated by the Jews for Racial & Economic Justice advocacy group. The protest is in solidarity with a coalition of 64 local and national organizations.

On Wednesday, a Staten Island grand jury decided not to indict Daniel Pantaleo, the officer who was shown in a video from July 17 holding Garner in a chokehold while arresting him. The medical examiner ruled that Garner’s death was a homicide.

Protests have occurred throughout the country since the decision was announced that afternoon.

U.S. Attorney General Eric Holder announced on Wednesday that the Justice Department will launch a federal civil rights inquiry into the case.