(JTA) — Looking for a Hanukkah gift for the bibliophile in your life? Here are some 2014 Jewish-themed selections spanning fiction, memoir and essay collections.

“All I Know and Love” (William Morrow)
By Judith Frank

In the tradition of the great 19th-century domestic novels, Judith Frank brings us the tale of Matt and Daniel, a couple living in Northampton, Mass., whose lives are torn apart by tragedy when Daniel’s twin brother and his wife are killed in a Jerusalem suicide bombing. They leave behind two children whom they bequeathed to Daniel’s care. The novel presents the often-conflicting need for self-preservation and the desire to step up for one’s partner in moments of crisis. Frank is a compassionate but honest storyteller; she succeeds in engaging in serious discussions about the Middle East conflict in the context of Matt and Daniel’s struggle to become a family with their new wards.

(Courtesy of Scribner; photo of Assaf Gavron by Fana Feng)

“The Hilltop” (Scribner)
By Assaf Gavron

Equal parts comedy and tragedy, Assaf Gavron’s sprawling seventh novel takes us to a fictional West Bank settlement deemed illegal by the Israeli government. In so-called Ma’aleh Hermesh C, a small group of pioneering Jews have put down roots. The novel focuses loosely on brothers Roni, a failed entrepreneur, and Gabi, who has become a Breslov Hasid. “The Hilltop” alternates between the brothers’ lives at the outpost — Roni has hatched a misbegotten plan there to sell olive oil made by Palestinians living nearby and Gabi, a synecdoche for Israel itself, experiences increasingly violent and self-sabotaging outbursts — and their troubled past as orphaned kibbutzniks.

“Rocket and Lightship” (W.W. Norton and Company)
By Adam Kirsch

Literary critic and poet Adam Kirsch’s new essay collection provides a lesson in thinking itself. In “Rocket and Lightship,” his seventh book, Kirsch takes on writers, philosophers, cultural critics and theorists. His subjects include Cynthia Ozick, Slavoj Zizek, David Foster Wallace and Charles Darwin. Each of the essays radically alters generally accepted ideas about its subject. For example, on the limits of Darwinian thought, Kirsch writes, “It is human nature to be violent and competitive, and it is human nature to be compassionate and cooperative. Unlike the animals, we are aware that such alternatives exist, and have no choice but to choose between them, not just once and for all, but every time we act.”

(Courtesy of Riverhead; photo of Sarah Wildman by Kate Warren)

After finding photographs of a beautiful girl named Valy among her late grandfather’s belongings, Sarah Wildman, a journalist, goes in search of her grandfather’s “true love,” whom he left behind in war-torn Berlin back in 1938. The author traveled to Europe again and again in search of anyone who might have a glimmer of knowledge about the young woman. In unraveling this mystery, Wildman rescues Valy’s story from oblivion, proving how a single narrative can illuminate the tragedy of the Holocaust. At its core, the memoir is a meditation on Jewish identity after the last of the survivor generation has passed. 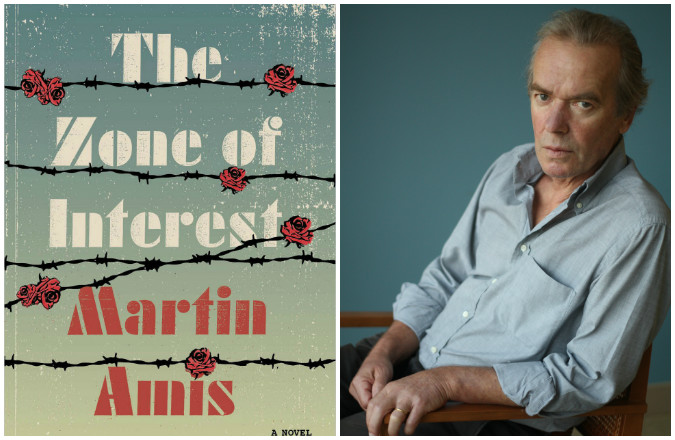 “The Zone of Interest” (Knopf)
By Martin Amis

One of the year’s most shocking books, “The Zone of Interest” is also one of its most gripping. The story, which takes place in a concentration camp, follows three characters through their daily routines — Paul Doll, an uber-Nazi; Angelus Thomsen, a more halfhearted one; and Szmul, a Jewish prisoner who stays alive by acceding to the Nazis most horrific of demands: pulling bodies out of the gas chambers. A Holocaust satire, the book is heretically funny. There’s also a love story: Thomsen lusts after Doll’s aloof wife, Hannah. But Martin Amis’ 14th novel is really an exploration of the Holocaust’s soul-sucking absurdity for both victim and perpetrator.