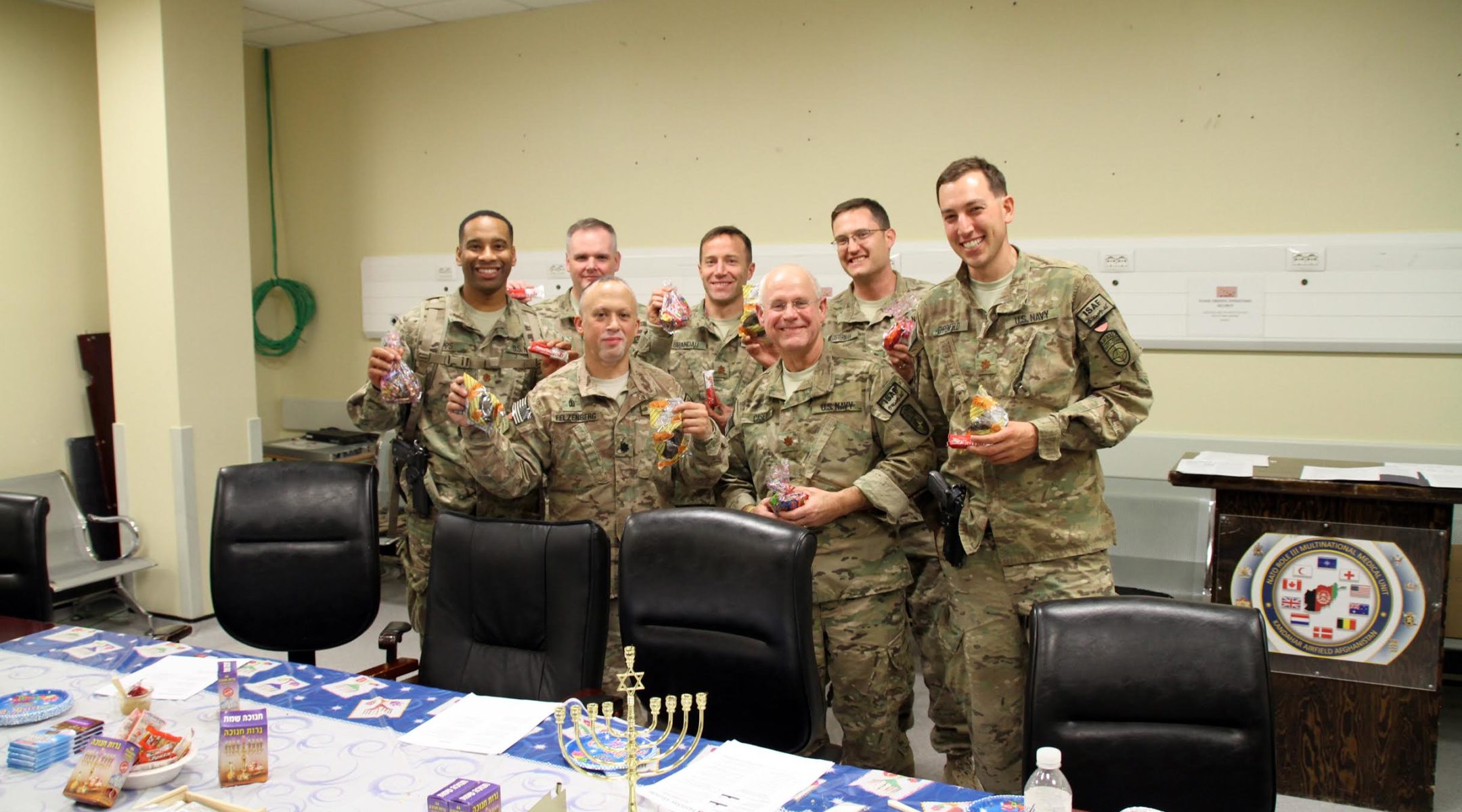 On Hanukkah, Jews around the world pay tribute to the Maccabees, a small band of Jewish soldiers who pulled off an improbable military victory.

Members of the Israel Defense Forces carry on that legacy today, and for Hanukkah, they too are recognized alongside their Maccabean predecessors with organizations across political stripes visiting military bases and bringing party supplies.

But for Jewish soldiers in the United States armed forces, this is less of a reality.

“Within the collective Jewish community, there is a lot of focus on the IDF. I don’t think there is even an awareness that there are Jews in the [U.S.] military,” says Rabbi Ephraim Travis, a chaplain in the U.S. military.

One person who is aware is Ava Hamburger, a founder of an organization called Kosher Troops. For the last seven years, she and co-founder Sara Fuerst have been sending care packages to American-Jewish servicemen and women across the globe. They deliver some 5,000 kosher food packages each year, most of which go out during the holidays. They’ve sent matzah to Micronesia, challah to Kuwait and gefilte fish to Germany.

“Once, we sent rugelach to a guy stationed in the Middle East,” said Hamburger. “He was worried that someone might find out he was Jewish. Instead, another soldier approached him and said ‘you’re Jewish too?!’”

“I’m not out there defending anyone,” she said. “I’m here enjoying my freedoms, so I want to support and show gratitude to those who are.”

Jews make up a tiny minority of the U.S. Armed Forces (estimates range between 5,000 to 10,000, or roughly one half of one percent of active military personnel), making the holiday season a challenge for some soldiers — not just to express their faith, but to tap into the same sense of joy and celebration that other soldiers experience. Many army installations have tree-lighting ceremonies, potluck dinners with a Christmas ham or a party accompanied by Santa Claus himself.

Even with the care packages — which go a long way — celebrating Hanukkah isn’t always easy. At Fort Bragg in North Carolina, where Travis was stationed for two recent Hanukkahs, he would organize one party that would last “maybe” three hours.

“Just because it’s Hanukkah doesn’t mean that work starts late the next morning,” he said.

The events generally included members of different faiths as well as Jewish soldiers whom he previously didn’t know were Jewish. Some Jewish soldiers, he notes, otherwise avoid singling themselves out as Jewish. “The army is all about unity, and people don’t want to be ostracized or stick out based on their faith,” he said.

The donations from Kosher Troops allowed Travis to hold the party, to light candles, and to “get together, enjoy each others company, and relish the opportunity to celebrate a Jewish holiday in uniform.”