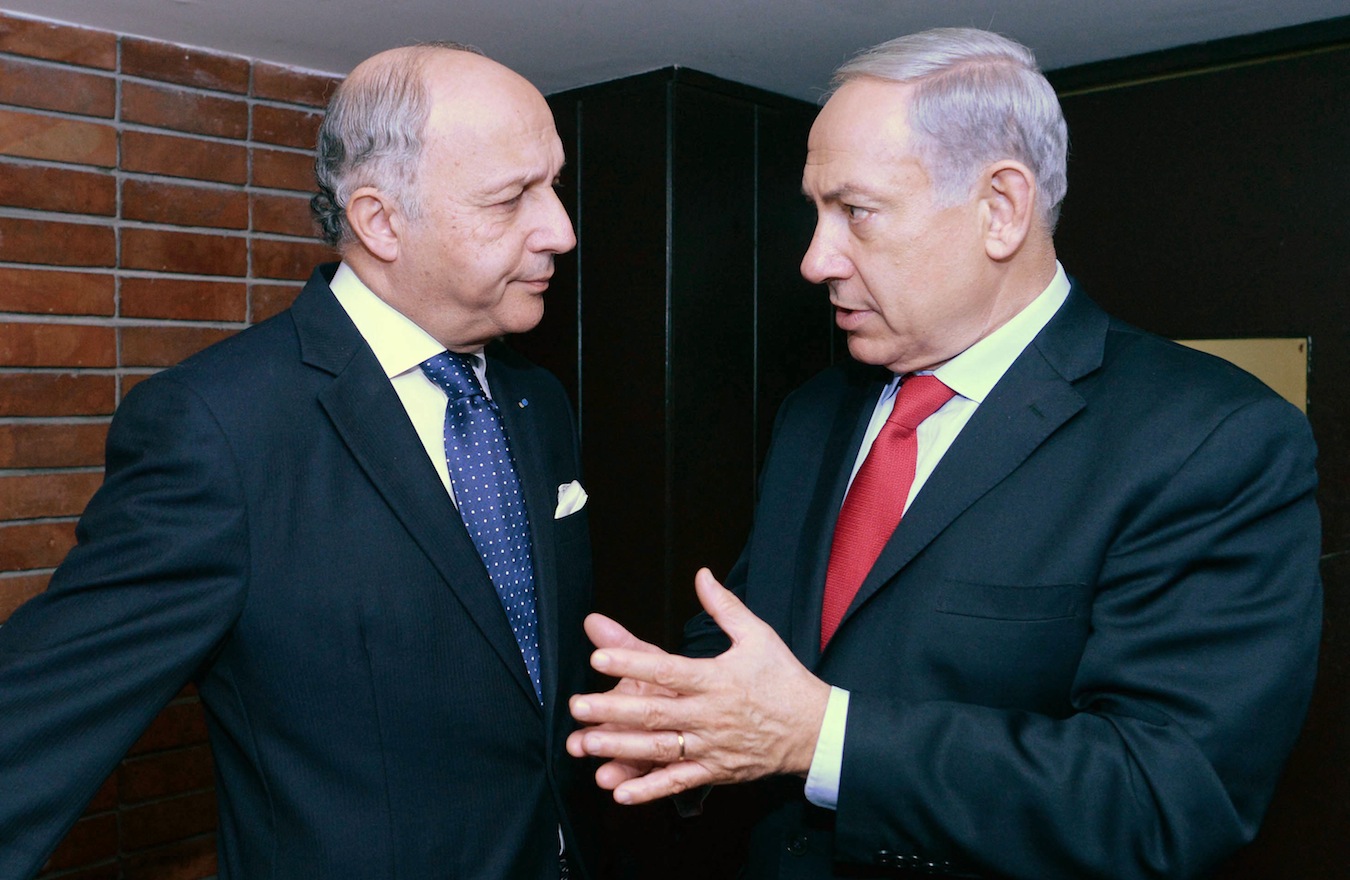 (JTA) — When Britain’s Parliament voted in favor of recognizing Palestine in October, Elie Barnavi, a former Israeli ambassador to France, dismissed the motion as mere symbolism.

Reflecting many Israelis’ view of the string of nonbinding motions on Palestinian statehood adopted by European parliaments in recent weeks, Barnavi said the vote should be seen as a gesture of growing impatience with Israeli settlement policy and Jerusalem’s perceived responsibility for failing to reach a peace agreement.

But in at least one country, the trend appears to be having an impact.

In the run-up to the French parliament’s vote urging the government to recognize Palestine on Dec. 2, Foreign Minister Laurent Fabius announced a two-year deadline for the successful conclusion of peace negotiations, after which France would recognize a Palestinian state.

In recent weeks, Fabius has promoted the initiative in talks with other European Union member states, which also forms the basis for one of two draft resolutions on the Israeli-Palestinian conflict now being prepared for a vote at the United Nations Security Council.

“We do not want a symbolic recognition of a virtual state,” Fabius told French lawmakers on Nov. 28, just days before the vote. “We want a real Palestinian state.”

Israel has long suffered in public opinion across Europe, where it has struggled to stave off mounting calls for divestment and the labeling of goods produced in its settlements.

But since October, there have been signs that governments are beginning to embody those sentiments in legislation. The French vote follows similar measures undertaken by the parliaments of Britain, Spain, Portugal, Ireland and Sweden, and comparable steps are pending in Denmark and Slovenia.

Last week, the European Parliament voted to recognize Palestinian statehood “in principle” and called for the advancement of peace talks. Hours later, 126 countries meeting in Geneva at a summit organized by the Swiss government condemned the occupation of Palestinian lands. The same day, a European Union court removed Hamas from the EU list of terrorist organizations, citing a legal technicality.

“The [parliamentary] votes were the opening shot for a host of events singling out Israel for criticism,” said Zvi Mazel, a former Israeli ambassador to Sweden, which in October became the only European country to formally recognize Palestine. “With every parliament that joins, the motion’s effect is compounded and this creates an anti-Israeli atmosphere where each element fuels the other.”

None of the relevant governments adopted their parliaments’ calls to immediately recognize a Palestinian state coexisting peacefully with Israel and sharing Jerusalem as a joint capital, as doing so would have closed the door on the commitment by those governments to facilitate a negotiated solution. But it doesn’t mean the motions are falling on deaf ears.

Daniel Shek, a former Israeli ambassador to France, said the move by Fabius essentially was a tradeoff offered to lawmakers eager to punish Israel. Rather than recognize Palestine outright, France would push again for peace talks — but this time with a clear deadline.

“France’s government would try again to encourage dialogue,” Shek said, “but unlike previous times would not make it open-ended.”

The decision by Sweden to unilaterally recognize Palestine did little to change diplomatic relations between Stockholm and Ramallah, as Sweden in 2012 had already upgraded the level of Palestinian diplomatic representation in the kingdom from mission to embassy. But it did prompt criticism from other European leaders, including Dutch Foreign Minister Bert Koenders, who last month said recognizing Palestinian statehood right now would not help jump-start peace talks.

Israeli leaders have roundly condemned the Swedish move and the votes taken in other European parliaments, with some like Mazel even suggesting that they could spark Palestinian violence. But Shek says the votes may in fact have a silver lining.

“While they place Israel in an uncomfortable situation, they also reaffirm support for the two-state solution at a time when it is being eroded,” Shek said. “That’s not necessarily a bad thing for Israel.”