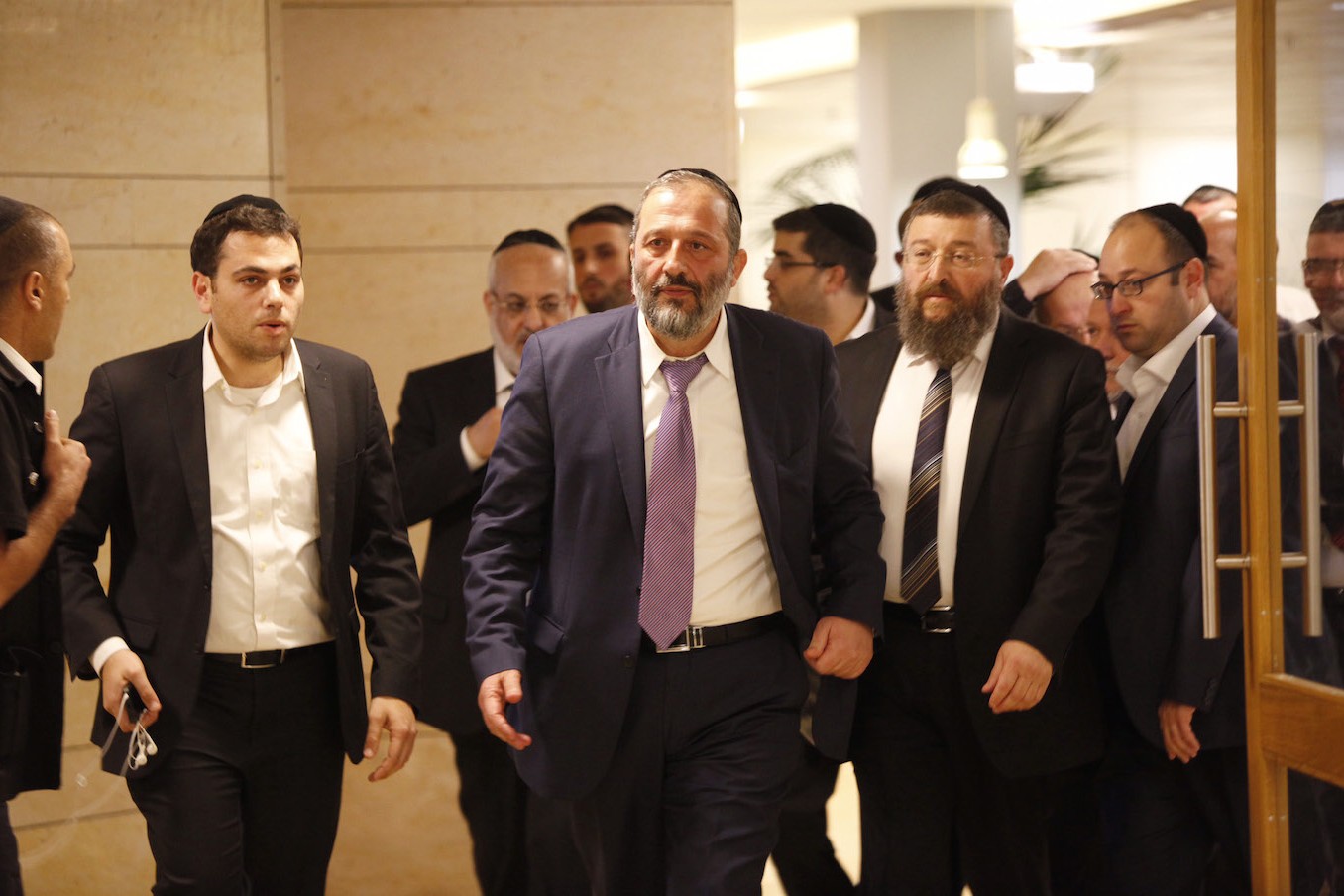 Aryeh Deri, chairman of the haredi Orthodox Shas party,arrives to a meeting with the chairman of the Israeli parliament Yuli Edelstein (not seen) to whom he gave his official letter of resignation from the Knesset, Dec. 30, 2014. (Yonatan Sindel/FLASH90)
Advertisement

(JTA) — The head of the Sephardic Orthodox Shas party has officially resigned from the Knesset.

Aryeh Deri’s departure on Tuesday comes after he attempted to resign on Monday. The Shas party’s council of rabbis rejected Deri’s initial resignation and ordered that he continue in his post as chairman. The Jerusalem Post reported that Deri will not consider the rabbis’ request.

“My rabbis, don’t make this harder on me,” Deri wrote in his resignation letter. “Understand me. I can no longer live with the feeling that because of me there are disputes and fighting.”

Since the Knesset is dissolved, Deri’s resignation, which takes effect on Thursday evening, will have no immediate consequences. In his letter, Deri recommended that party member Ariel Atias take his position.

Deri’s resignation comes two days after a video was released showing the Shas party’s late spiritual leader Rabbi Ovadia Yosef calling Deri a thief. Deri was convicted of graft in 1999 and was absent from politics until 2012.