Four decades after Golan attack, a search for survivors 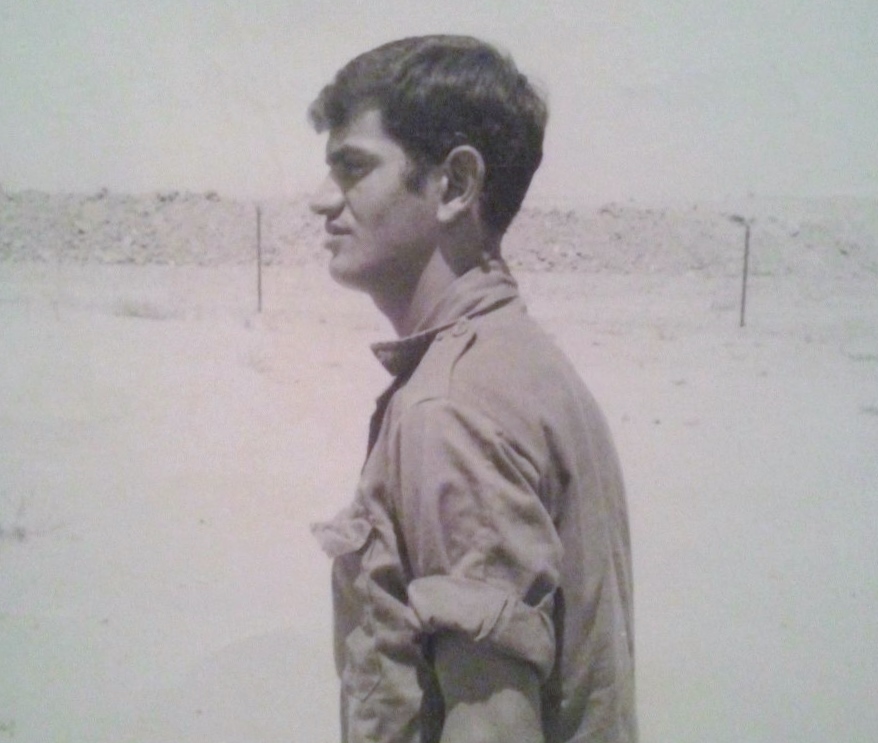 Arye David of Gadera, Israel, is trying to find the Israeli soldiers he helped save during a tank ambush in the 1973 Yom Kippur War. (Courtesy of Arye David)
Advertisement

BALTIMORE (JTA) – Early on the morning of Oct. 23, 1973, Arye David found himself on a hill deep in the Golan Heights beside the imposing Mount Hermon. Though it was still dark, the Israeli soldier from his perch above the road could see three of his army’s tanks making their way up.

The Yom Kippur War had started 17 days earlier with surprise coordinated attacks against Israel led by Egypt and Syria, and would end with a cease-fire agreement two days hence.

David, a private, was on leave at his family’s home in Gedera when the war broke out. A friend from Beersheba swung by to pick him up, and the two members of the elite Golani Brigade drove to their base near Haifa. From there they were transported to the Golan.

Now 63 and living in his hometown, David recalled that on Oct. 22, he and his Company 1, Battalion 51 comrades had advanced up what was known as Hill 16. But as the three tanks moved into his area on Oct. 23, a mere 90 feet from him, they were halted by an explosion — one of the tanks had crunched a Syrian mine.

David could see at least two soldiers in the tanks scramble out to seek safety, but they immediately came under fire by the Syrian force that had caught the tanks in an ambush.

“When I saw this, I shot in [the Syrians’] direction to stop them,” said David, estimating that the enemy fire came from 330 feet away.

An ambulance arrived within 15 minutes to evacuate the wounded Israelis while David and his comrades were engaged with the Syrian snipers.

Eventually the Syrians “were no longer shooting at the ambulance,” he said. “I had to make sure that [the ambulance] could do its job in quiet.”

How many wounded “tankistim” were evacuated, who they were, whether any or all of them survived – “these are the questions, the mystery,” David said.

Over the decades, the incident and the fate of those in the tanks occupied him, but he rarely discussed the matter. David hadn’t even maintained contact with the members in his unit.

He remembered some of their names, like his commander, Shuki Viatar, who was killed in another battle on the Golan; another soldier in his unit, Udi Londner, who was wounded in the back and recovered; and Benny Massas, who has since died.

“I couldn’t talk about it all this time because of the trauma involved. It was like with people who were in the Holocaust,” said David, now retired from a career that included the Israel Defense Forces and work in security.

Now he wants to know what became of the men who were evacuated by ambulance and presumably received medical treatment — in part because of his actions in warding off the snipers.

“They may not even remember this episode,” David said. “I’d want them to know what happened. They might think it was easy, that they just entered the ambulance.

“I’d want them to know what I had to do to save them. I’m happy that I saved them. We were higher up [the hill], so of course they wouldn’t know. Plus, they must have been in shock, because they’d just run over a mine.”

“The survivors will definitely want to shake your hand because you helped to save them,” the program’s host, Izi Mann, told him. “We hope that at least one of them survived. You deserve thanks.”

“Seeking Kin” located Londner, a resident of Herzliya. He demurred when asked to recall the incident.

He did, however, refer “Seeking Kin” to Igal Sarna, who Londner said fought in a tank battle that Oct. 23 morning.

Sarna, a veteran journalist and author who lives in Tel Aviv, told “Seeking Kin” that his tank unit was attached to a Golani unit that day.

“We crawled up that road all night and arrived just at daybreak. It was cold,” he said in an email. “The road was narrow. Driving was difficult. We reached the top, and fell into a Syrian ambush. Our tank hit a mine, and the tread ripped.

“I don’t remember who was in the tank with me. We then moved into another tank. I think that tank was the one of the deputy battalion commander, Nissim Yosef, who was shot in the lung and was evacuated. The tank was full of blood. The Syrians shot at us and hit a tank commander, who was killed by a bullet to the head.”

The battle, Sarna said, lasted about an hour, with at least 12 Israelis killed. Once the Syrian snipers were eliminated, Israel retook Hill 16 and held the Hermon.

“I’ve thought of that battle for many years,” Sarna said, echoing David.

Sarna said he has never met David and wasn’t sure he was among those David hopes to find. “Seeking Kin” provided David with Sarna’s contact information.

David, meanwhile, is being helped in his search by one of his six children, a son who works as a private investigator.

The son’s first name is Hermon.

(Please email Hillel Kuttler at seekingkin@jta.org if you know the names of the men who were evacuated on the morning of Oct. 23, 1973. If you would like “Seeking Kin” to write about your search for long-lost relatives and friends, please include the principal facts and your contact information in a brief email. “Seeking Kin” is sponsored by Bryna Shuchat and Joshua Landes and family in loving memory of their mother and grandmother, Miriam Shuchat, a lifelong uniter of the Jewish people.)