From the Archive: A fatal synagogue bombing in Paris 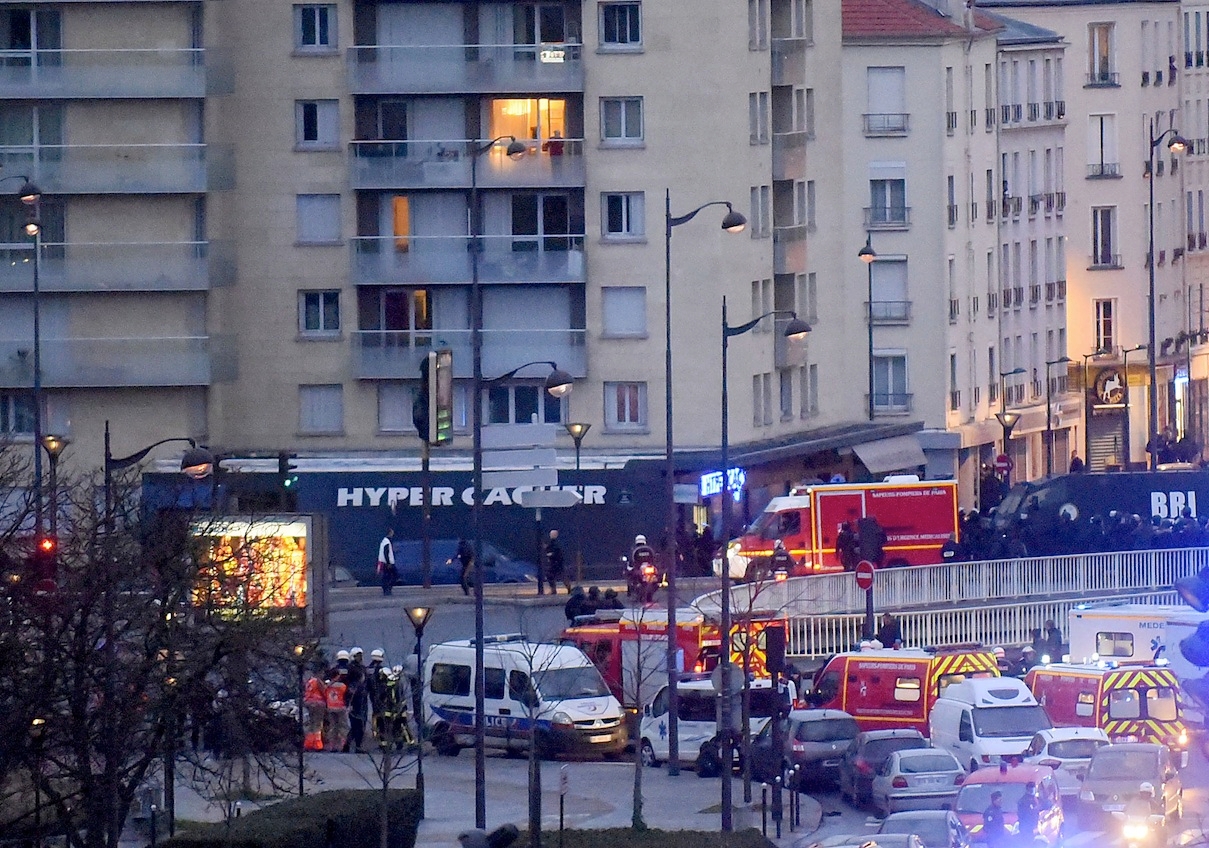 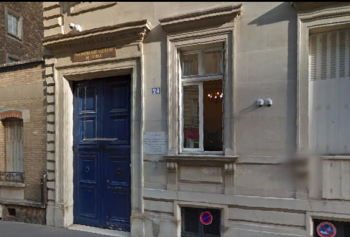 Rue Copernic Synagogue was the site of a 1980 bombing that killed four and injured 40. (Google Street View)

Paris — and the world — is still reeling from Friday’s attack on a kosher supermarket, which came just days after the same fundamentalist Muslim terrorists murdered 12 people at the offices of the Charlie Hebdo satiric magazine.

The fatal hostage crisis at Hyper Cacher was hardly the first deadly attack at a Jewish venue in the French capital. On Oct. 3, 1980 — which was both Shabbat and Simchat Torah — a bomb blast outside the Rue Copernic Synagogue, a Reform congregation, killed four people and injured more than 40. JTA described the scene:

The synagogue’s front gate was blown off, the ceilings coved in and the windows were shattered. Only a handful of people inside were injured. Most suffered slight wounds from glass shards and wood splinters.

Most of those killed or injured, among them a visiting Israeli film editor, were not inside the synagogue but ” either passing by the synagogue or milling outside.”

In the immediate aftermath of the bombing, authorities were not certain if the perpetrators were neo-Nazi or pro-Palestinian terrorists, but the years-long investigation, which some feared would be delayed by the sizable presence of neo-Nazis within the police force, ultimately pointed to the Arab world.

A memorial plaque at Rue Copernic Synagogue for the four people killed there on Oct. 3, 1980. (Wikimedia Commons)

Amazingly, more than three decades later, the case is still not resolved. Less than two months ago — a full 34 years after the bombing — France extradited Hassan Diab from Canada, where he had been working as a sociology professor. Diab, a dual Lebanese and Canadian citizen has been charged with participating in the bombing as a member of the Popular Front for the Liberation of Palestine, but it is not clear when his trial will take place and whether he will continue, as he did during a six-year legal battle to stop his extradition, to say he is innocent.

Whether or not Diab is culpable, the 1980 bombing — believed to be the first attack on a synagogue since World War II — provoked much discussion and finger-pointing at the time.

Independent presidential John Anderson “blamed the series of attacks … on ‘indifference’ to bigotry and hatred,” JTA reported, while American Jewish organizations “charged the attacks were a result of ‘appeasement’ by France of the terrorist Palestine Liberation Organization.”

In addition to similar statements from the Conference of Presidents of Major American Jewish Organizations and other nondenominational Jewish groups, Rabbi Alexander Schindler, president of the Union of American Hebrew Congregations (now known as the Union for Reform Judaism), sent a cable to rabbi of the Paris synagogue, criticizing “official laxity and inattention to the violent nature of the anti-Semitic movement in France.” Like other American Jewish leaders, Schindler singled out the French government’s:

… willingness to accept the PLO as a legitimate party in the Middle East political scene, going so far as to urge that this band of assassins be “associated’ in future peace negotiations, must surely have emboldened the French counterparts of the PLO to engage in the same loathsome practices.”

Meanwhile, tens of thousands of Jews marched in Paris for three consecutive days, joined by equal numbers of non-Jews:

In addition to peaceful demonstrations, French Jewish groups reacted by organizing security efforts to supplement the government’s stepped-up policing, while others ominously spoke of plans to “seek revenge.” 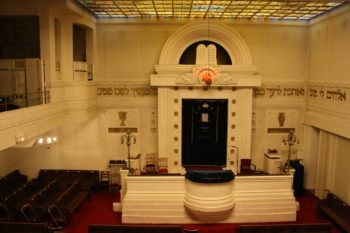 Four months later such acts of revenge included two powerful rockets fired at the South Yemen Embassy in Paris by a group claiming to represent “The victims of the Rue Copernic Synagogue blast” and numerous vigilante incidents, including an attack on an 84-year-old man who shared the name of a known Nazi collaborator, also were reported.

Before those revenge incidents, in the days immediately following the synagogue bombing, Jewish anger was “so intense that”:

Jewish demonstrators yesterday tried to storm the Presidential residence, the Elysee Palace, and the Ministry of Interior, and came close to clashing with French riot police: Tourists or passersby who seemed to conform to the image of neo-Nazis — those with short-cropped hair and wearing conservative dark suits — were harassed or beaten up. Some were seen fleeing, with blood over their faces …

Meanwhile, at the scene of the bombing, the area still looked “as if it had been the target of an air aid attack,” JTA noted.

Burned out cars litter the streets; buildings in a 100 meter area are wrecked, their windows shattered and their walls blackened by smoke. Local residents say that a day after the bombing they could still smell the stench of smoke and burned bodies.