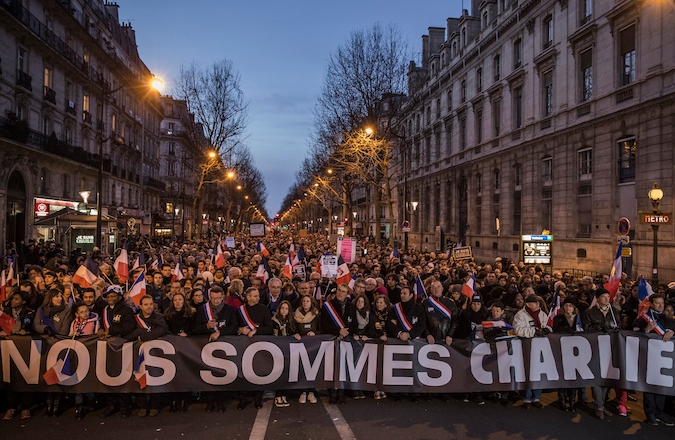 PARIS (JTA) — The kosher supermarket was chosen deliberately. Men, women and children were shopping and preparing for Shabbat. Only two days before the attack, terrorists had left 10 of the best-known satirical journalists and cartoonists dead at Charlie Hebdo. Three French police officers were also struck down, one of them a Muslim. Each Islamist terrorist attack targeted a symbol of the French Republic, seeking to bring the country to its knees.

That Jews were targets of radical Islam was, alas, unsurprising. Four of the hostages — Yoav Hattab, Philippe Braham, Yohan Cohen, François-Michel Saada — were killed at the kosher market. Survivors of the attack are anguished. So, too, are most French Jews, who again are discussing and evaluating not only the future of our community but the fate of France itself.

Let’s be clear: France is under assault. The enemy is in our midst. Extremists, faithful to a brand of Islam that celebrates violence and martyrdom, have no respect whatsoever for the core, longstanding French values of democracy, pluralism, freedom of expression — and, indeed, for life itself. Traditional forms of protest are alien to them. Instead, as seen in the carnage wrought by ISIS, al-Qaida and other jihadists in Iraq, Syria and Yemen, pure barbarism is their vehicle to achieve their perverted notion of salvation.

Tragically, the events of recent days are not a new phenomenon. The Jewish community, including the American Jewish Committee in Paris, has warned for years about the developing and deepening threat that radical Islam poses to France. In March 2012, a lone, heavily armed Mohammed Merah murdered three French soldiers in cold blood and, a week later, slaughtered a teacher and three children at a Jewish school in Toulouse. The Toulouse attack was a game changer for French Jews. And although French political leaders voiced outrage, as time passed and the numbers and frequency of anti-Semitic incidents rose, the country seemed to get used to them — even anesthetized to this reality — while many Jews felt a sense of loneliness and isolation. 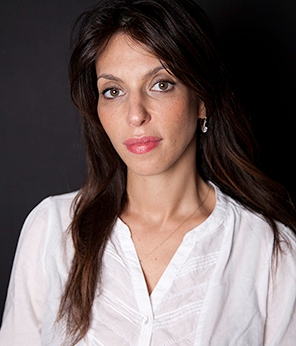 The recent attacks in Paris have shocked the entire nation, indeed the entire world. What is new this time is the depth and breadth of the reactions, crisscrossing French society, the realization that combating the threat of radical Islam must be, and remain, a national priority. But will this be the necessary wake-up call for France as a whole to confront the danger?

The terrorists who struck in Paris — as in Toulouse and at the Jewish Museum in Brussels last May — are not isolated lone wolves. They most likely are the tip of a radical Islamist iceberg, the small visible part. To counter this lethal trend, we must delve deeper and understand the factors that draw certain individuals to radical Islam, and find ways to counter this evil that endangers all of France.

French schools must teach mutual respect and responsibility, a component of the curriculum that today is stunningly missing. Indoctrination in extremist ideologies in prisons demands attention, as does recruitment by radical, violent groups through social media and in mosques. The Toulouse and Paris terrorists spent time not only in prison but also with jihadist groups in Syria and Yemen. Hundreds more are currently in Syria and Iraq, and maybe in other Arab countries. That they could return with French passports to settle back in our communities, or in other European countries, is a nightmare. Their objective is to create fear and division in French society, of which the extreme right and populists may take advantage. So let’s have the courage not to let fear take over.

The French government cannot stop this trend alone; the effort will require the active involvement of political, religious and civil-society leaders. Immediate reactions to the attack on Charlie Hebdo were inspiring, as millions of French citizens gathered in central Paris and throughout France, communicated their outrage on social media and called for action. Unfortunately, the voices of Muslim community leaders —with some notable exceptions — have until now been barely audible. Those leaders, too, must speak loudly and clearly, as Muslims and as French citizens.

Many of us in the Jewish community regretted that no large solidarity movement rose up after the gruesome kidnap-murder of Ilan Halimi nine years ago, or after Toulouse, or during last summer’s transparently anti-Semitic demonstrations. While the government did speak out after attacks on Jews and firmly decries anti-Semitism, many in French society and in the media refused to see that our French values were at stake and that Jews were indeed a target.

Hatred of Jews never ends with Jews. The menace of rising anti-Semitism threatens French society at large. The future of France will be decided in the coming days, weeks and months. The Charlie Hebdo massacre makes clear that the war against France’s democratic values is in high gear.

Sunday’s mass rally, with more than 3.7 million people across the country in attendance — including, in Paris, French President Francois Hollande, German Chancellor Angela Merkel, British Prime Minister David Cameron, Israeli Prime Minister Benjamin Netanyahu and other political leaders — was a powerful statement of outrage and solidarity against this barbarism in France and in the rest of the world.

But what happens in the days and weeks ahead will truly test France. Now more than at any other time in its postwar history, the fate of France is entwined with the fate of its Jews. If France loses them, sooner or later it will also be lost. Is this the wake-up call that will help the French people understand the nature of the threat to our country, and will they respond firmly and effectively?

The very soul of France is at stake.

(Simone Rodan-Benzaquen is the director of the American Jewish Committee’s Paris office.)