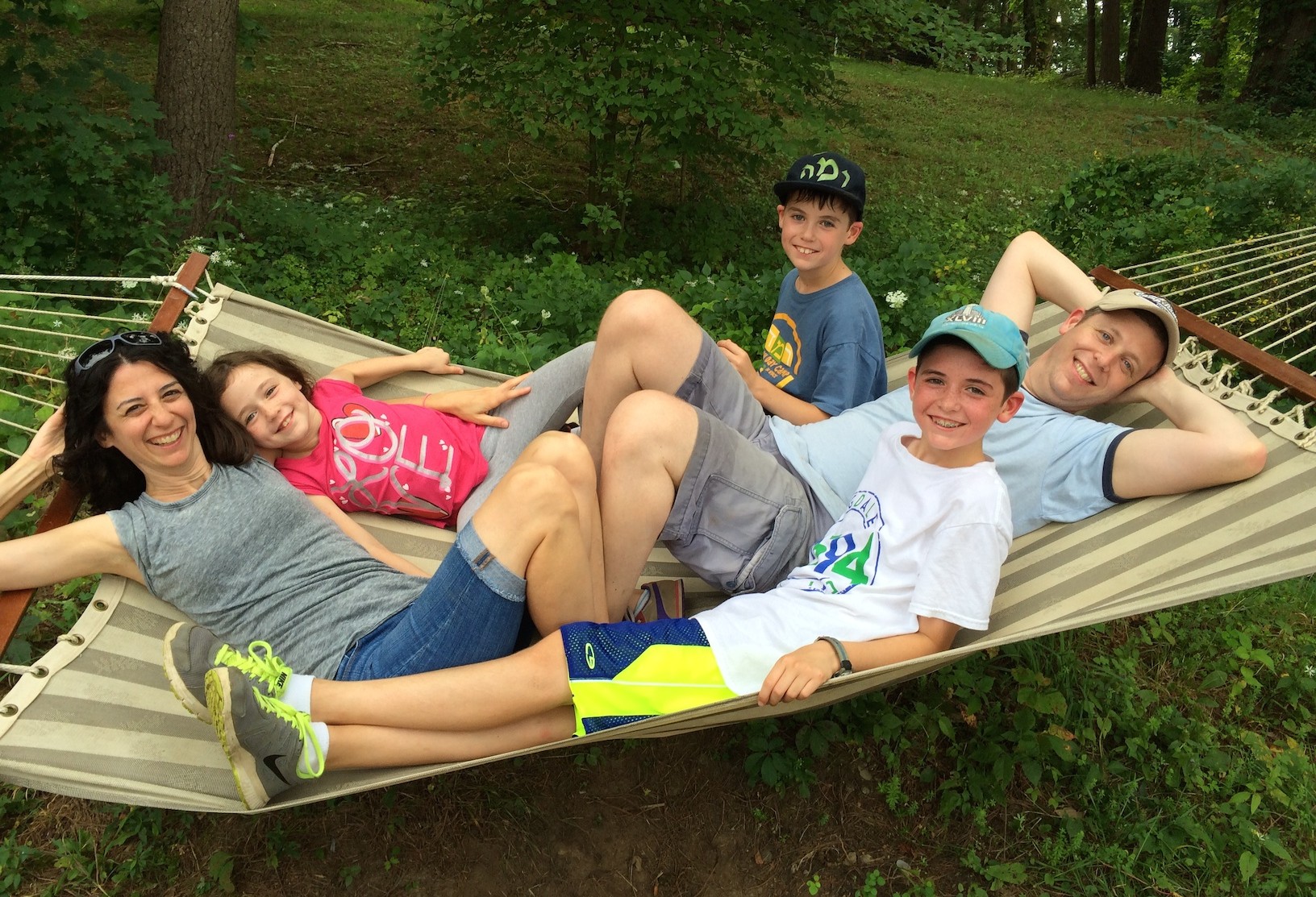 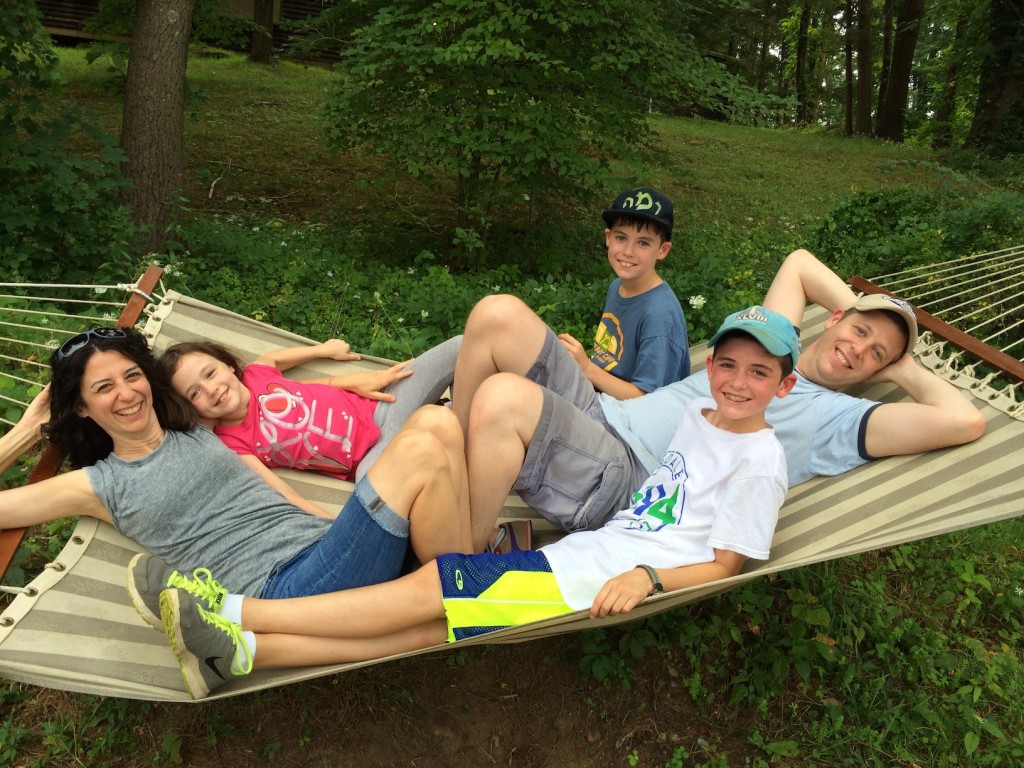 NEW YORK (JTA) — Beth and Jeff Kopin are one of an estimated 700 married couples to have met at one of the Conservative movement’s Ramah camps.

The Kopins, who fell in love at Ramah Wisconsin in the 1970s, went on to raise a flock of “Ramahniks.”

“There’s this family feeling if you meet another Ramahnik,” says Beth Kopin, who calls herself a “Ramah lifer” and splits her time between Chicago and Jerusalem. “There’s the communal experience of Shabbat singing, of keeping kosher, of being in a Hebrew musical, of exploring Israel together. It’s being part of a smaller tribe within a larger tribe.”

That’s why Kopin, along with some other Ramah alumni, urged the North American camp network to start a dating service for its alumni.

The service, called RamahDate, is expected to launch this year and is being created in partnership with JDate, the for-profit online dating site. Believed to be the first Jewish camp-specific dating service, RamahDate will cater exclusively to Ramah alumni. The camp estimates that as many as 10,000 of its former campers are single and under 40.

RamahDate users, who will pay the same fees as other JDate users, will be able to search the entire pool of Jewish singles as well as restrict their searches to those in the group registered with a “Ramah badge.” As with the general site, Ramahniks of either gender can choose whom they want to date, men or women. According to the terms of the agreement, 70 percent of the first month’s fee of each Ramah alumnus or alumna will go toward Ramah scholarships; after that, JDate will retain all the revenues.

Ramah initially explored the possibility of constructing its own alumni dating service and also spoke with Saw You At Sinai, an Orthodox matchmaking service. However, it settled on JDate because it liked the company’s approach. With the technological infrastructure already in place, the partnership also saves Ramah from making significant financial investments.

The partnership does have its drawbacks. JDate is in the midst of restructuring, which has delayed RamahDate’s launch from the start of 2015 to some point later in the year.

The logo for the RamahDate site, a joint project of Ramah and JDate that will launch later this year. (Courtesy of Ramah)

In the meantime, single Ramah alums are waiting with interest for RamahDate.

“It limits the pool in a positive way. There’s a common understanding, interest and memory of what was experienced,” says Sarah Attermann, who is spending the semester studying for a master’s degree at the Jewish Theological Seminary here. Attermann, who is 28 and single, also is the program director of Ramah Darom — one of Ramah’s eight overnight camps, and based in Georgia.

After RamahDate was publicized, she says, “I got a lot of text messages and emails. Everyone was asking, ‘Is this for real?’ People are so excited about it.”

Another single woman and Ramahnik, who requested anonymity, noted that because she’s only 25, she doesn’t feel “so much pressure to actively enroll in a paid service” like JDate, though she uses free dating apps. For RamahDate, she would be willing to invest. The common culture and values “give you a jumping-off point,” she says.

Camp officials suggest that Ramah memories and culture stretch across the North American network, with alumni from different Ramah camps recalling the same Hebrew-English phrases such as “Yom Sport” and intuitively knowing just when to bang on the table during a recitation of Birkat Hamazon, the grace after meals.

Rabbi Mitchell Cohen, national director of the Ramah Camping Movement, says the dating service offers a gift of sorts to ‎“alumni, who even after their camp years are still looking for someone with their Jewish values.”

Even without a kickoff date, Ramah has been fielding calls from other Jewish youth groups and camp movements interested in partnering.

Andrea Glick, director of communications for the Conservative movement’s United Synagogue Youth, told JTA that she thinks RamahDate is a “great idea” and “we would absolutely join them.”

But at least for now, the answer is no. Cohen says he does not want to appear “elitist and exclusionary,” but he worries about diluting the brand and losing a special quality if the dating network were to cover the entire Conservative movement, for example.

Beth Kopin – the “Ramah lifer” – is less concerned that some might find RamahDate too exclusionary.

“You know what?” she says. “Oh well. Parents who send their kids to Ramah sacrifice a huge amount of money. A lot of energy goes into making a Ramahnik. It’s a huge amount of effort and there should be a benefit.”