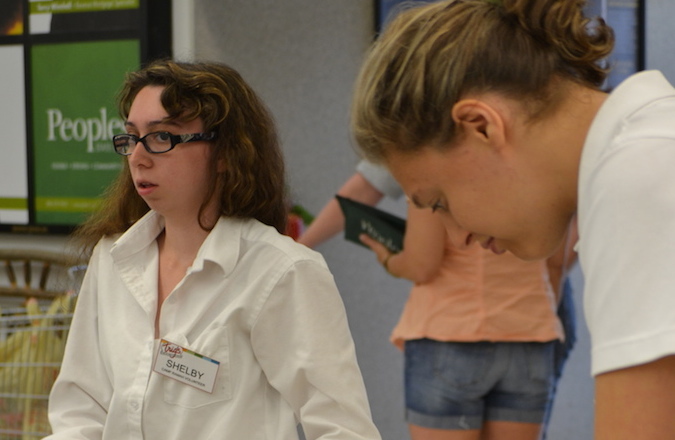 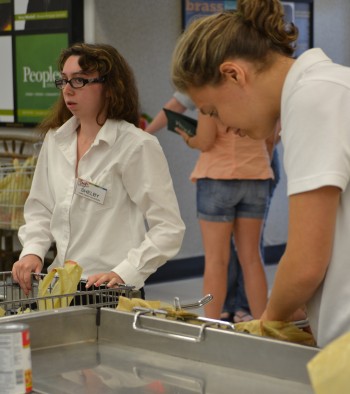 (JTA) — Like many 22-year-olds, Ben Nadis has somewhat murky career goals. Though he likes his job at the Kroger near his house in Farmington Hills, Mich., he doesn’t want to work there forever. Maybe he’ll be on TV instead, he jokes — he’s not sure.

But Nadis isn’t like most 22-year-olds. He was born with developmental disabilities and has trouble following instructions, thinking abstractly and communicating sometimes. His father, Ronn, said he was “always hopeful” that his son would find a job, but also “feared that there would be no way into the workforce.”

Nonetheless, for the last year and a half, Ben has woken each morning, showered, brushed his teeth and driven to work on his own.

“I feel good about myself. I feel independent,” he said in a recent phone interview. He thought for a moment, and added, “And I get paid too, which is great.”

Ben is a graduate of Camp Ramah Wisconsin’s Atzmayim (Hebrew for “independent”) program – one of the Ramah Camping Movement’s four vocational programs designed to strengthen the social and independent-living skills of individuals with disabilities aged 18 to 25.

An extension of Ramah’s Tikvah program, which serves approximately 320 campers with learning, developmental, cognitive and social disabilities throughout the Conservative camp network’s eight facilities, Atzmayim is part of a growing phenomenon in the Jewish camp sector: camp-based vocational programs. In addition to Ramah’s four programs, there are at least 18 other Jewish camp-based vocational programs, plus at least three new ones opening this summer.

Howard Blas, the Tikvah director, says he gets calls “all the time” from camps interested in implementing their own vocational programs.

Many camps see vocational education as the logical next step for the inclusion programs they already have in place for youth with disabilities.

“I think that for a young person who grew up in the camp and who knows camp, it’s an ideal place to do this,” said Bobby Harris, the director of the Reform movement’s URJ Camp Coleman, which added a vocational program for the first time last summer. “So many opportunities exist at camp where these young people really excel: putting the silverware together, getting things organized. These things can make people feel really accomplished.” 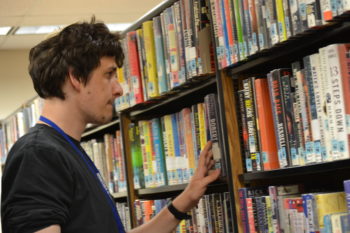 Lisa Tobin, the director of disabilities initiatives at the Foundation for Jewish Camp, says the programs are proliferating to meet increased demand from parents.

Blas explains what he describes as an “exploding” demand this way: “I think everyone is thinking about what happens to their children as they get older and how they are going to have a meaningful life.”

Blas has extended the cut-off age for vocational program participants at Ramah New England from 22 to past 25 and brought in personal job coaches to work with them.

The programs vary at each site. Camp Ramah in California, for example, has an in-camp cafe run entirely by individuals with social and cognitive disabilities. Camp Ramah Wisconsin partners with local businesses in the nearby town of Eagle River. Ben Nadis worked as a bagger at Walgreens and later at the local grocery store. Other participants in the Ramah Wisconsin program have catalogued books in the library, taken orders at cafes or worked in Eagle River’s children’s museum.

For the participants, the learning experience is as much about honing daily life skills as it is mastering or executing tasks.

“We are not just working on technical skills, we are working on getting up on time, asking questions, how to follow rules, dealing with anger management,” said Ralph Schwartz, Ramah Wisconsin’s director of special needs. “All the things that you and I take for granted, we deal with.”

“Employment is a positive thing for anyone, but for people with disabilities, having a job and a role can have a tremendously positive impact on life satisfaction,” said Joe Goldfarb, the director of summer programs at Yachad, the National Jewish Council for Disabilities.

Yachad, an organization under the auspices of the Orthodox Union, provides a range of programs, services and training for people with physical, social and cognitive disabilities, and consults with various Jewish summer camps to implement vocational programs.

While interest in these programs has “increased exponentially” over the past five years, Goldfarb worries that camps may rush to create a vocational program without the proper infrastructure in place.

“I would love if every place has a vocational program, but there is much more to be done than saying, ‘OK, you are welcome to work in my camp,’” he said.

“I would rather people jump in and start doing it as opposed to not. If you wait to get everything perfect, nothing will happen,” he said. “We have been doing this for 30 years and we are far from perfect.”

No matter how many camps start new vocational programs, the number of people they serve remains quite small: the entire Ramah network of vocational programs serves only 50 participants each year, and Yachad accommodates approximately the same number.

However, the programs are as concerned with changing attitudes as they are with improving employment statistics.

Ramah Wisconsin’s Schwartz says his program benefits not just the campers and staff, but the community at large.

“People build friendships, learn about difference, and see that people with disabilities can and should work,” he said.

“In the early days, we were practically on our knees begging the businesses in Eagle River to try this out. Now I have business owners telling me, ‘Don’t ask me if I’m going to participate this year, ask me how many participants I’m going to have.’”