The pope’s rabbi calls on Argentina to resolve AMIA 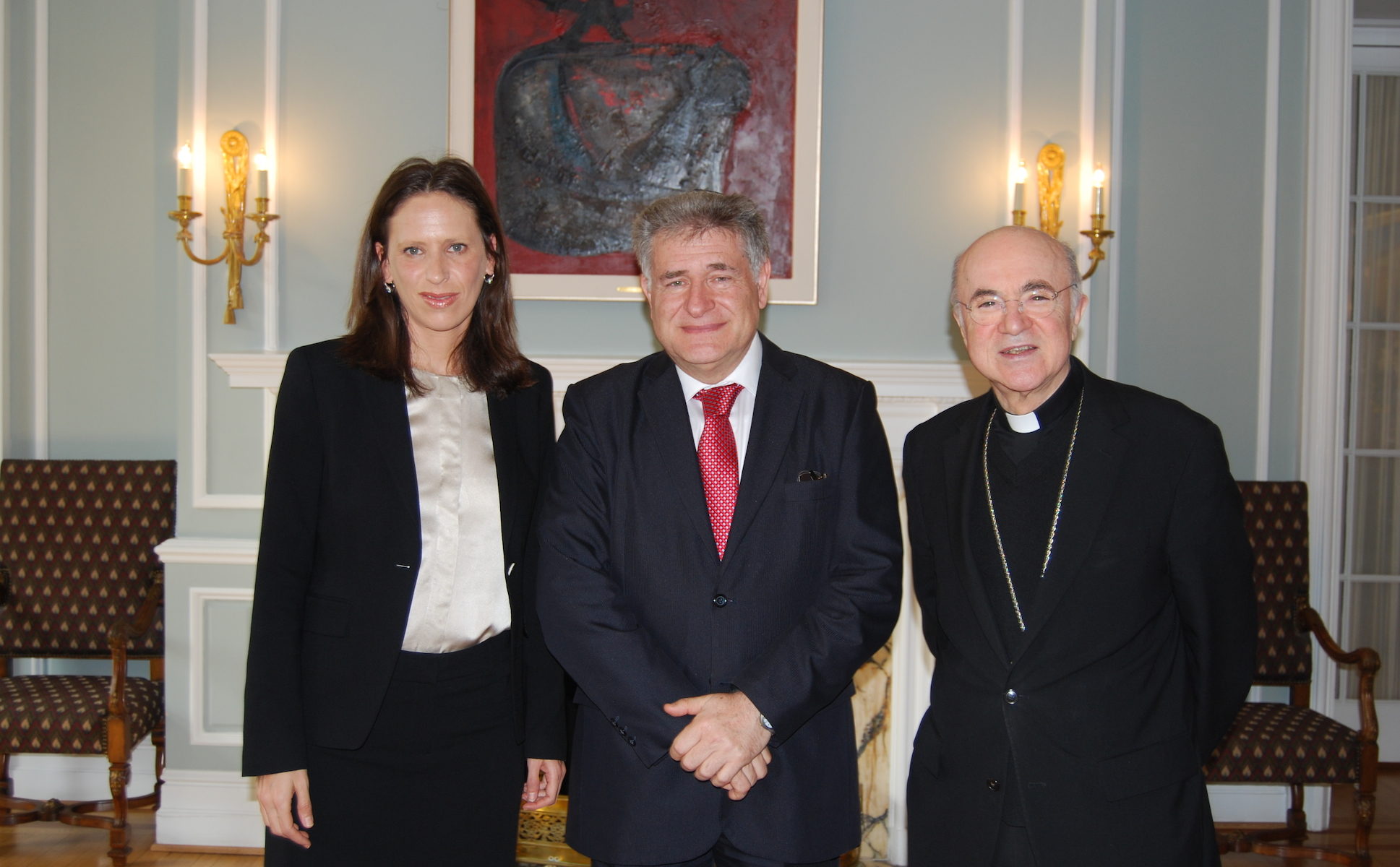 Rabbi Abraham Skorka traveled from Buenos Aires to Washington to wax lyrical about his passion – interfaith dialogue – and intimate about his well-known pal, Pope Francis. Also to plug his movement, the Masorti movement, and its strides in Latin America.

Timing dictated that he also issue a plea to his government: Press ahead with the AMIA case in the wake of the suspicious death of its prosecutor.

Skorka’s appearance at the Argentinean embassy in Washington came Tuesday just hours after the news of the death by gunshot of Alberto Nisman, the lead prosecutor collecting evidence of culpability in the 1994 bombing of the AMIA Jewish center in Buenos Aires, which killed 85 people.

News of Nisman’s death came just hours before he was to present evidence to Argentina’s congress that he said implicated his country’s president and foreign minister in a nefarious cover-up scheme.

“This is a moment of great sorrow, of great pain and consternation for all Argentineans, for all the people living in Argentina,” Skorka said, when I asked him to expand on comments he had made earlier, addressing diplomats and Conservative movement luminaries.

Tachlis, what does that mean I asked him, using the Jewish shorthand for “bottom line.”

“Tachlis,” he said. “Go ahead with the investigations. Through truth we will reestablish confidence.”

He said it was hard to give a “full opinion” now, with new information about the death revealed “every hour.”

But he suggested that political attitudes needed to change in order to move the investigation forward. “It’s a traumatic situation, but the message, the clear message is that the population must – we must get to a turning point in the political attitudes.”

The somber tone injected an awkward note into what was supposed to have been a celebratory affair.

Skorka, speaking in a high-ceilinged embassy room famous in prewar Washington for its ballroom dancing, talked up the success of the Masorti movement in Latin America. (Masorti is the name for the Conservative movement overseas.) He eulogized Rabbi Marshall Meyer, the U.S. human rights activist who established the Seminario Rabínico Latinoamericano, a rabbinical school in Buenos Aires, and who died in 1993. Skorka is currently the seminary’s rector.

He also spoke about his continuing friendship with the pope – they chat through email at least once a week, he told the crowd. The pope teases Skorka when Skorka’s favored soccer club, River Plate, is suffering.

“He knows very well what to day and how to say it,” Skorka said.

Skorka and Pope Francis compiled their exchanges into a book when the pope was still Cardinal Jorge Bergoglio; an English translation, “On Heaven and Earth: Pope Francis on Faith, Family and the Church in the 21st Century,” was a best seller when it is was translated into English after Francis’ ascension as pope in 2013.

Skorka has made inroads in establishing dialogue with his country’s Muslim community, appearing last year in Jerusalem with Pope Francis and Omar Abboud, who directs an interfaith center in Buenos Aires.

Skorka told me that it would be premature to say that there is dialogue between the communities.

Instead, he said, he and Abboud provided a “model” for emulation, for instance, through a photo of the three men embracing at the Western Wall.

“Both of us are working together in order to be multiplied as a model between Jews and Muslims,” he said.