At Tu b’Shvat, bidding to save a beloved tree 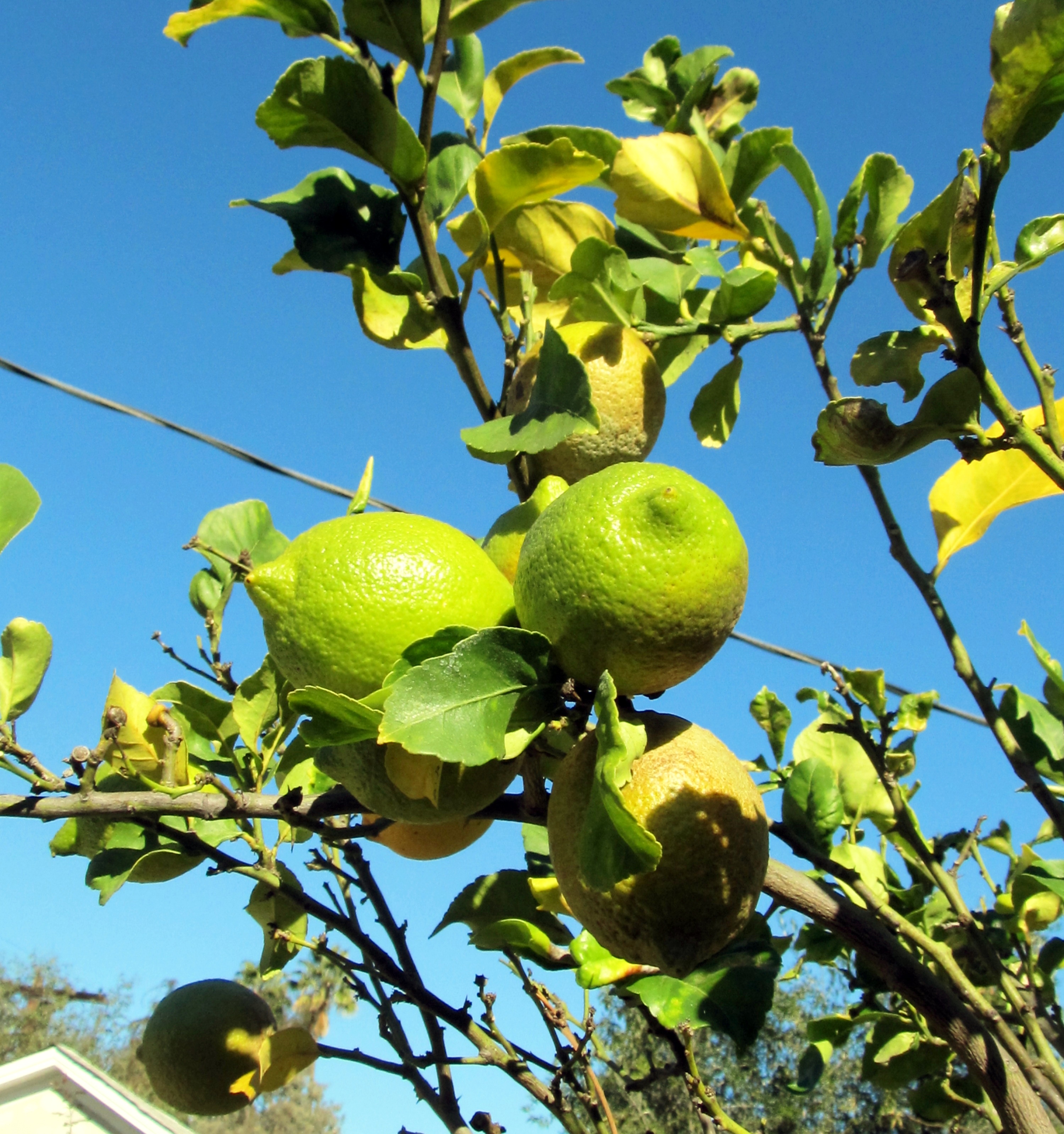 LOS ANGELES (JTA) — If Tu b’Shvat is such a happy New Year for Trees, why am I sucking lemons?

The holiday, usually a time for planting — except this year in Israel, where many are observing the shmitta year by not planting — for me may be a time of cutting down.

Our lemon tree, planted over a decade ago in the backyard, is sick. Usually full of green leaves and yellow fruit at this time of year, the 7-foot tree now suffers from curled leaves and brownish lemons.

With a prolonged drought in the West, fruit trees are having a hard time. According to the University of California’s Master Gardener program, “Drought stress will reduce fruit size and stunt growth,” and cause leaves to “wilt, curl and sunburn.” But looking at my poor tree one afternoon, I suspected that the tree, watered by a nearby sprinkler, was suffering from something else.

Thinking that a New Year’s gift for the tree would be a cure, I called an expert: Devorah Brous, a master gardener certified by the University Of California Extension and the founding executive director of the Los Angeles-based organization Netiya, a nonprofit that promotes urban agriculture through a network of interfaith partners, including many that are Jewish.

I had sent Brous several photos of leaves, fruit and branches, and when I called looking for a treatment, she was ready with a diagnosis.

“Is it time to start thinking firewood?” I asked, thinking that I had waited too long to seek help.

“Could be,” she replied, half-jokingly, but also responding that the answer depended on “how dedicated and committed” I was to the tree.

Around the Rodman home, lemons are regularly turned into lemonade, and I am not squeezing a metaphor here. Through good times and bad, the tree had faithfully supplied our family with enough lemons to have pitchers of the cool, refreshing drink with dinner, and year-round the tree provided enough lemons for dressings, marinades and guacamole.

But it wasn’t just about the lemons.

“We planted the tree just before our twins’ bar mitzvahs,” I responded. (They are now in their mid-20s.) After a winter windstorm had partially split off a major limb, I had successfully bolted it back together.

“What you have there is citrus leaf curl. Severe,” Brous said, adding that it was fixable.

She said the curl was caused by a leaf miner, a larva of an insect that lives inside the leaf and eats it — thus explaining the white trails I had seen on the leaves.

Brous said one of the 20 fruit trees in her backyard had suffered from the same disease and had responded well to what she called “integrated pest management.” However, she warned, because of the severity of infestation, I may have “no other choice but to use insecticide” to return the tree to health.

But Brous, who had lived in Israel for 15 years and founded an environmental and justice NGO there called Bustan — Hebrew for “orchard” — ticked off a bunch of things I could do first. The list included cutting back the tree back 30 percent; removing all the leaves that showed any signs of the leaf miner, as well as the fruit; and on the remaining leaves, spraying a “compost tea,” a spray made from compost that had been finely sifted.

To put more nutrients into the soil, Brous recommended that I spread a combination of worm casings and “really beautiful organic compost” onto the bed, as well as ensure that the tree is watered deeply.  To get rid of the insect pests, I might also need to invest in something called pheromone traps, which use chemicals as a lure to control the infestation. She also suggested trying non-stinging parasitic wasps.

“They lay their eggs inside the leaf miner larvae,” she said, as I imagined unleashing my very own plague to free my tree.

Beyond compost, pruning and sprays, but perhaps just as integrated into her recommendations, Brous believes that the shmitta year — a Torah-mandated break every seven years in the agricultural cycle — presents us with an opportunity to “slow down” and spend more time outdoors with what is already growing around us.

“If you were outdoors, regularly watering your tree by hand rather than letting your sprinklers do it automatically, your tree would be talking to you” saying, “‘My leaves are curling, there’s a problem, and I need help,’” she said.

Brous, whose Netiya organization helps synagogues and churches install gardens on their properties, said the shmitta year ultimately may not be a time for acquisition.

“It’s about being more reflective,” she said. “Maybe it’s not about going out and planting new trees.

“A lot of mistakes happen because we connect Tu b’Shvat with planting, rightfully so,” Brous said, referring to trees that she has seen planted in the wrong climates and in areas too small. “This year gives us a chance not to just run out and plant, but to steward what we have already planted.”

Tu b’Shvat, which this year falls at sundown Feb. 3, would be a time for me to become a better steward. The worm casings, organic compost, watering and wasps could eventually bring back something that though known to be sour, really made my life quite sweet.