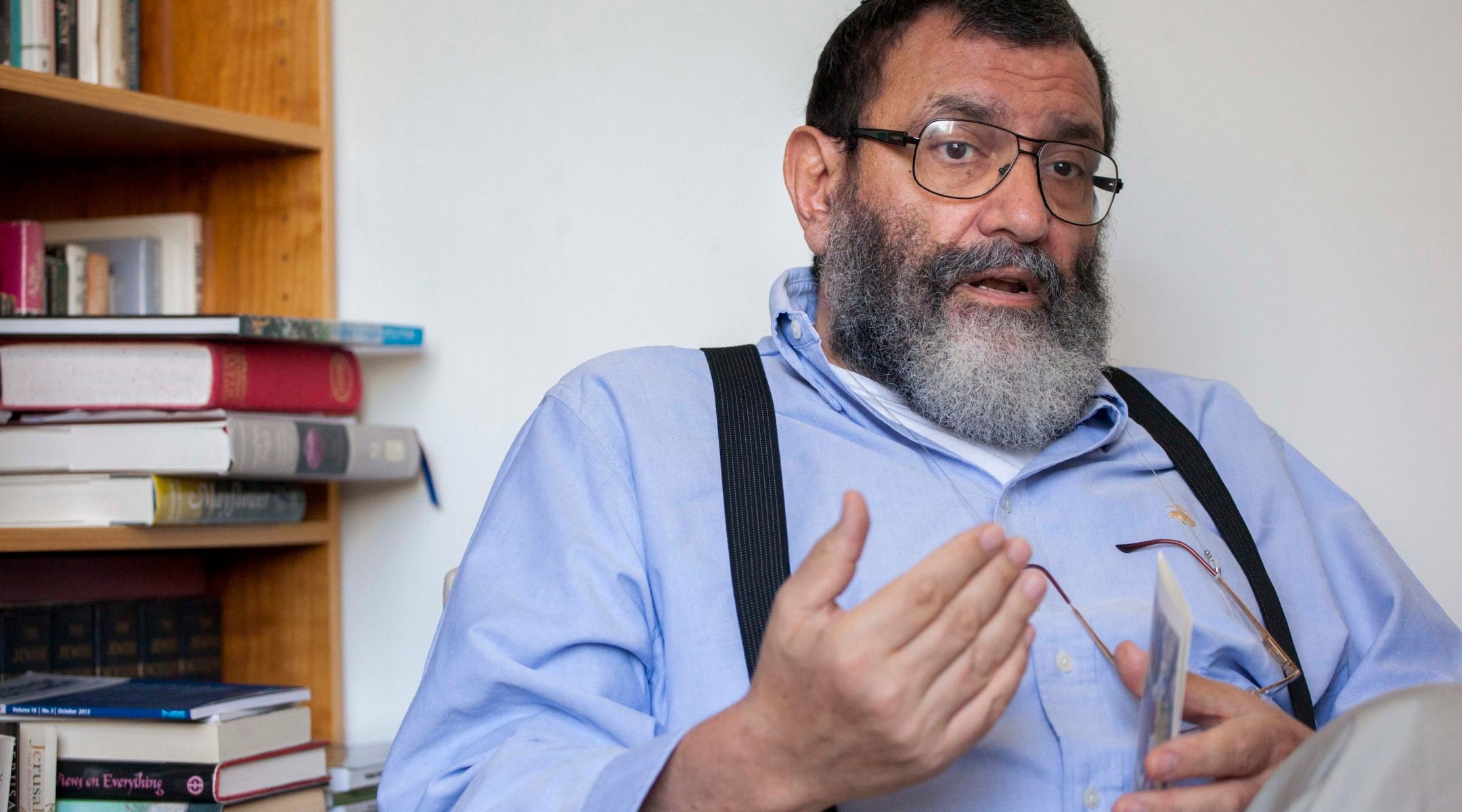 David Landau at his home in Jerusalem on Sept. 22, 2014. (Yonatan Sindel/Flash90)
Advertisement

Landau died of brain cancer in Jerusalem on Tuesday. He was 67.

Landau, who made aliyah in 1970, served part time as JTA’s Israel bureau chief for many years while also working as a diplomatic correspondent at The Jerusalem Post. He later was promoted to managing editor of the Post. In 1997 he founded Haaretz’s English-language edition and served as the newspaper’s editor in chief from 2004 to 2008. He wrote columns for Haaretz until last year.

In choosing to work for JTA, Landau “demonstrated his strong commitment to educating Diaspora Jewry about the intricacies of Israeli politics and Israeli life,” said Lisa Hostein, JTA’s editor from 1994 to 2008.

“Top Israeli journalists in Israel would respond with disbelief when they discovered I had the audacity to edit and even challenge David, who was known as a tough journalist and editor in his own right,” said Hostein, who now serves as executive editor of the Jewish Exponent in Philadelphia.

“He was an Orthodox Jew whose commitment to an open and moral democracy in Israel drove his work as a journalist,” she said. “May his memory be a blessing.”

Landau wrote and ghost-wrote several books, including “Piety and Power: The World of Jewish Fundamentalism” (1992), about Israel’s haredi Orthodox community, and a biography of Ariel Sharon published last year.

“David Landau’s untimely death is a very great loss, not just for his family and his many friends, but also for Haaretz and for journalism in general,” said Haaretz publisher Amos Schocken in an obituary published in that newspaper. “As a Haaretz staffer for many years, and especially during his tenure as editor-in-chief, David made an enormous contribution to the paper as an enlightened Zionist intellectual, a liberal in the full sense of the word and a believing Jew, and he demonstrated that there is no inherent contradiction in these things.”

Former Israeli President Shimon Peres, who collaborated with Landau on two memoirs, told Haaretz that Landau was “a rare combination of an individual – religious in depth and liberal in breadth.”

Landau will be buried at Har Hamenuhot Cemetery in Jerusalem on Wednesday afternoon.

He is survived by his wife, Jackie, their three children and eight grandchildren.