Is Rahat the Ferguson of Israel? 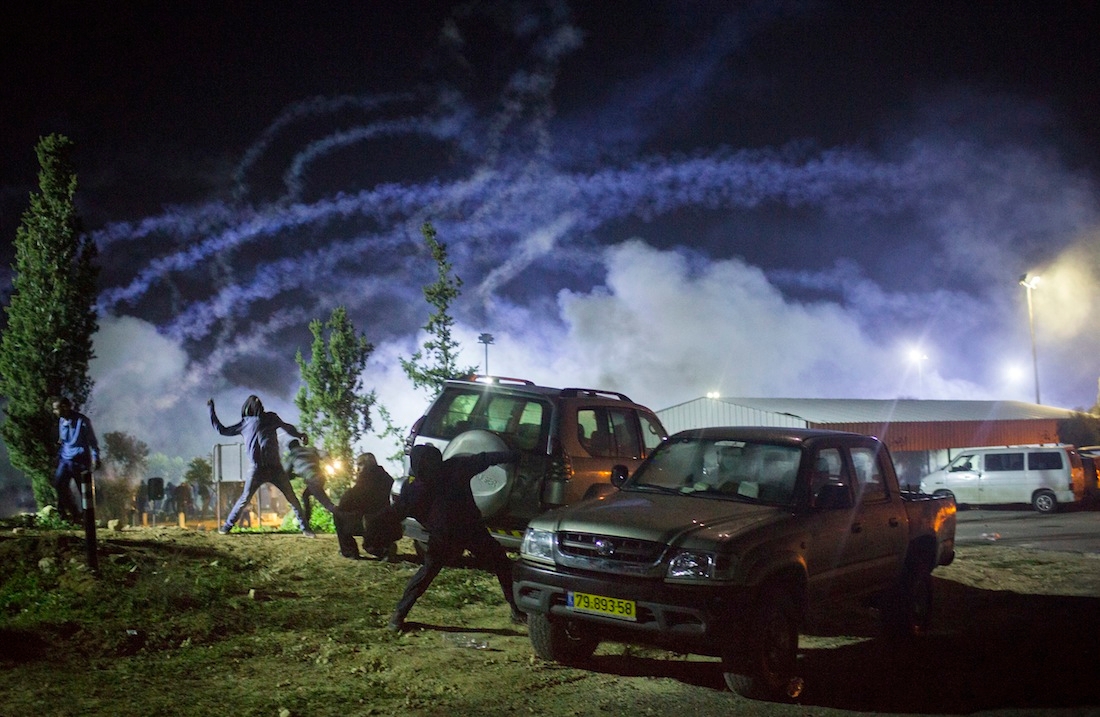 TEL AVIV (JTA) — In an economically depressed town populated largely by a minority group, a young man is killed under disputed circumstances. In the days that follow, riots consume the town, pitting frustrated and angry residents against the police, who maintain their officers acted in self-defense. But activists say the incident shines a light on structural racism that has led to a pattern of police brutality against minorities.

The death of a young Arab man this month in the Bedouin city of Rahat carries several parallels to the shooting last year of Michael Brown in Ferguson, Mo., which ignited widespread protests across the United States. In both cases, the deaths set off violent clashes fueled partly by deep-seated resentment among a disadvantaged minority population.

“What’s similar is that the police — the government body — is working with an excess of power toward minorities,” said Thabet Abu Rass, co-executive director of the Abraham Fund Initiatives, a Jewish-Arab organization that runs cultural sensitivity workshops for Israeli police. “The two circumstances have the same result, with the death of two people. That’s no small thing.”

On Jan. 15, Sami al-Ja’ar, 20, was shot and killed during what police say was a drug search. Police said al-Ja’ar was caught in the line of fire in a shootout between police and the drug suspects, and that it’s unclear whose gun fired the fatal shot.

But Mossawa, an Israeli nongovernmental organization that advocates for Arab rights, said al-Ja’ar was not involved in the drug search and was killed while returning from work. Mossawa claims that police fired at al-Ja’ar on his doorstep with intent to kill.

As with African-Americans in Ferguson, Arab-Israelis have a tense relationship with police, fewer than 2 percent of whose officers were Arab as of 2010. Arab-Israelis make up 20 percent of Israel’s population.

Al-Ja’ar’s death also struck a nerve among Negev Bedouins, who harbor distrust toward the state born of a longstanding fight over land rights. In 2013, the government sought to relocate thousands of Bedouins from unrecognized villages surrounding Rahat, though the plan was shelved amid protests from lawmakers.

“The tension between the state and Arab citizens, and specifically with the Bedouins, means that any small trigger leads to a crisis like what occurred,” said Amir Fuchs, a research fellow at the Israel Democracy Institute. “Arabs here feel tension with the state. They claim that the state chases them.”

Rahat residents protested al-Ja’ar’s death, leading to clashes with police at his funeral in which another Bedouin man, Sami Ziadna, 43, died. Rosenfeld said police came under attack at the funeral and that Ziadna died of a heart attack amid the unrest. But Mossawa said the police provoked the mourners, using tear gas, sound grenades and live fire when funeral attendees protested their presence.

Mossawa has counted 50 Arab-Israelis killed by police since 2000. The organization’s director, Jafar Farah, said in a statement after the al-Ja’ar funeral that “this police brutality is a shame to democracy.”

Rosenfeld said the protests in Rahat have dissipated and that the police are strengthening their contacts with local leaders. But Bedouin resentment toward Israeli authorities is unlikely to be ameliorated by an outreach campaign. A proposed bill defining Israel as a Jewish state and gaps in funding between Jewish and Arab cities, among other things, have led to a sense of disenfranchisement among Israel’s Arab minority.

Though it was built to help transition Bedouins from a nomadic to a modern way of life, Rahat today is a dusty and dilapidated town that ranks as one of Israel’s poorest municipalities. During this summer’s Gaza war, officials there complained of a dire lack of bomb shelters to protect against incoming rockets.

While many older Bedouins served in the Israeli military, younger Bedouins have told JTA that they don’t feel they belong to the state.

“The Arab public finds itself in despair from the amount of racist incitement and racist attacks that exist,” Farah told JTA in October. “We don’t see an economic future, a diplomatic future.”