For Haifa woman, a needle-in-a-haystack search 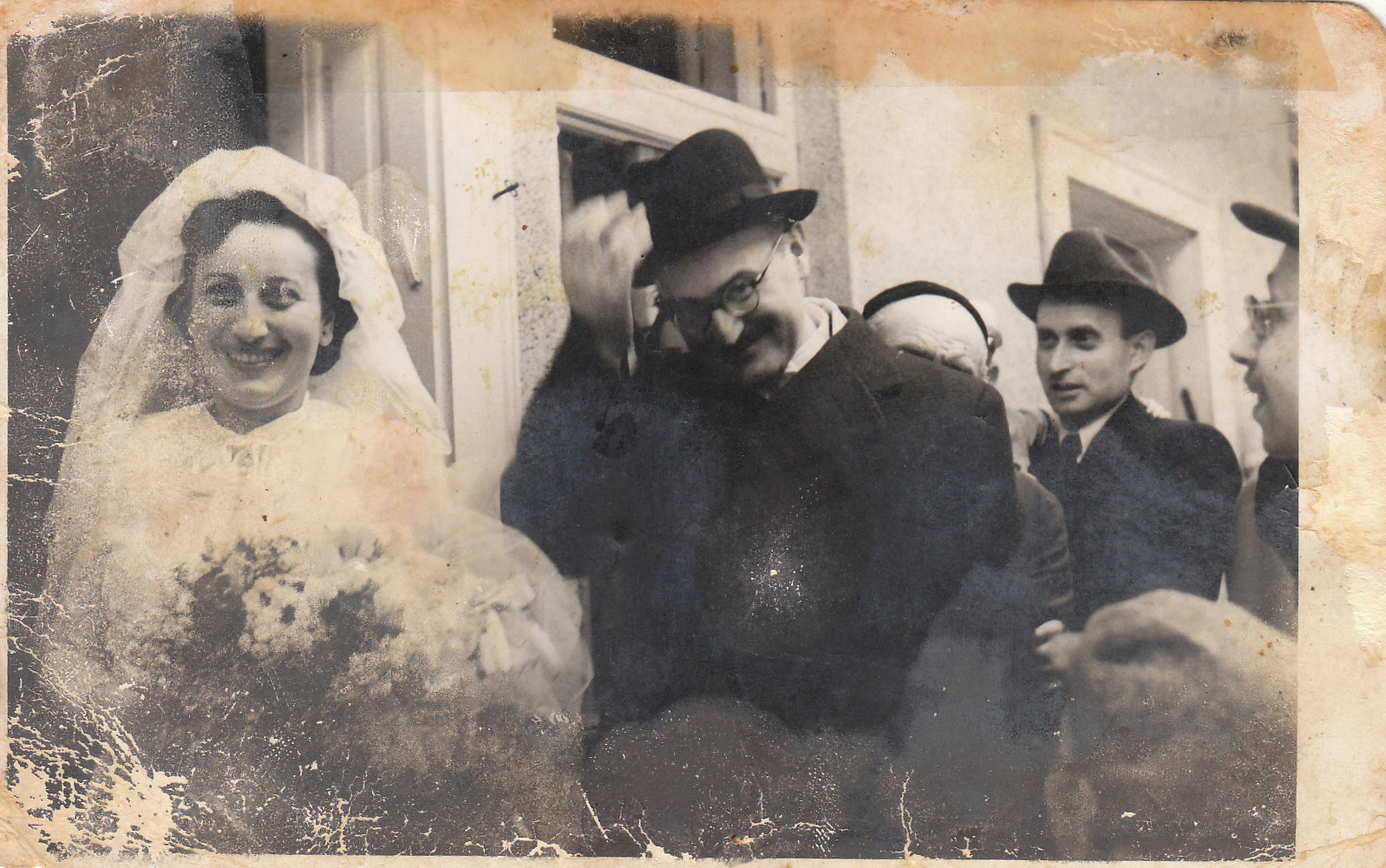 Miriam Grab’s parents, Eugen and Jolan Friedmann, on their wedding day in 1940, in Tapozcany, Czechoslovakia. (Courtesy of Miriam Grab)
Advertisement

BALTIMORE (JTA) – Miriam Grab has almost nothing to go on in her search for relatives – not even names. While the retired teacher in Haifa has five children, 29 grandchildren and 22 great-grandchildren, she lacks an extended family. Her father’s relatives from her native Czechoslovakia were wiped out in the Holocaust.

Grab figures, though, that someone on that side of the family must have survived. She concedes that the commonness of her maiden name, Friedmann, makes the search infinitely more difficult.

When Grab visited America a decade ago to attend her cousin’s wedding, she went to the U.S. Holocaust Memorial Museum in Washington. Her research there was fruitless, but Grab wrote in a guest book some information on surviving the Holocaust – all in the long-shot hope that someone reading it would make a family connection for her.

Grab was the only child of Yaakov Friedmann, known as Eugen, a native of Tapozcany, and Jolan Kot of Bratislava. Yaakov had a younger sister, Esther, known as Edith; and a younger brother, Nachum, who went by the nickname Rezho. Both siblings were unmarried and childless when they were killed in the Holocaust, so Grab’s search for Friedmann relatives means going back another generation, to her paternal grandparents, Alexander Shaya and Kornel Friedmann. However, she doesn’t know the names of their siblings – or if they had any.

But Daniel Horowitz, the chief genealogist officer for the Israeli firm MyHeritage, said he would advise Grab and others not to despair.

Through Yad Vashem, Israel’s national Holocaust commemoration institution, searchers should look not only for Holocaust victims but also for those who filled out Pages of Testimony documenting the victims. Another worthwhile avenue, Horowitz counseled, is writing to the International Tracing Service in Bad Arolsen, Germany – perhaps the most comprehensive source of records on survivors and victims.

Because the service includes postwar lists compiled by the International Committee of the Red Cross, Grab “may find a person in the U.S. who was looking for the grandfather, too,” Horowitz said.

Even precise information on her father’s fate went unknown until six years ago, when an Israeli man who researched the matter learned that Yaakov Friedmann was deported to Majdanek on March 30, 1942, and killed there on Sept. 8 of that year at age 36. Grab said her mother told her that Yaakov’s siblings and parents were killed in Auschwitz.

In 2012, Grab joined a group visiting several concentration camps in Poland, including Majdanek.

“It was very difficult to be there,” she said. “At the crematorium, I made a blessing in my father’s memory. It slightly comforted me – not really comfort, but for the raising of his soul. For many years I’d wanted to go, but I couldn’t because I considered European soil to be cursed. But then I realized that I should go.”

At age 2, Grab was incarcerated with her mother at the Sered labor camp, where Jolan sewed military shirts for the Germans. A Jewish doctor arranged for Grab to be admitted to a hospital near Bratislava to correct leg problems. Jolan was told to apply monthly to the camp commander to extend the permit to stay away with her daughter. Eventually she ceased applying and went underground in Bratislava.

There, Jolan entrusted Grab to a woman she knew before the war who created a cover story: that Grab was her ill sister’s daughter. The woman took Grab to church on Sundays, and every night the two recited Catholic prayers. Grab remembers that the woman once opened the door to a German officer who held a candle.

The 3-year-old Grab asked if the candle meant that it was Shabbat.

“Thank God he didn’t hear me,” she said.

The woman panicked at the close call and wanted to end the arrangement. Jolan, hiding elsewhere, paid her extra money to continue sheltering Grab.

Mother and daughter were later confined in the Bratislava ghetto, living with Grab’s maternal grandparents. Shortly before the ghetto residents were deported to their deaths, Jolan left the ghetto with Grab and hid until the war ended.

“It was a miracle,” Grab said.

Jolan was remarried in Bratislava to Menachem Yaakov Herzl, a second cousin of modern Zionism’s founder, Theodor Herzl. Menachem Yaakov had been married to Jolan’s cousin, who with their three children were killed in the Holocaust.

The new couple had a daughter, Yehudit, and the foursome moved to Israel in 1949.

On a 1997 visit to Bratislava – three years before Jolan died at age 85 – Jolan showed her daughter the postwar building where they lived, at 49 Red Army St., near the Danube River, and the building where Grab had been sheltered.

In recent years Grab, a widow, has addressed school groups on her childhood experiences during the Holocaust. Now she is taking a course preparing her to teach the Holocaust more methodically.

“It is very important to do,” she said of the course. “I’ll be better equipped and have more tools.”

(Please email Hillel Kuttler at seekingkin@jta.org if you would like “Seeking Kin” to write about your search for long-lost relatives and friends, please include the principal facts and your contact information in a brief email. “Seeking Kin” is sponsored by Bryna Shuchat and Joshua Landes and family in loving memory of their mother and grandmother, Miriam Shuchat, a lifelong uniter of the Jewish people.)