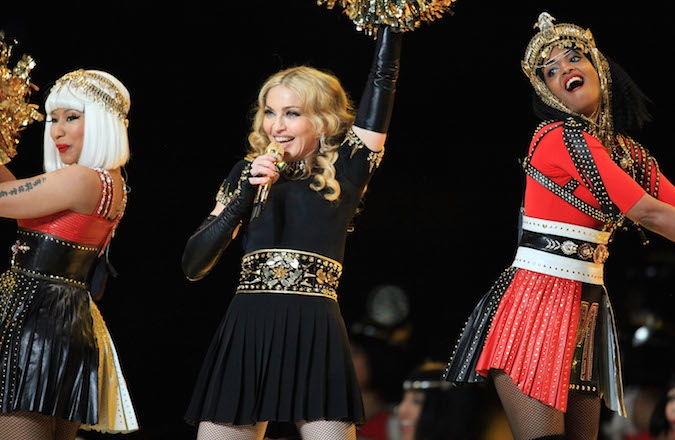 From Janet Jackson’s infamous “wardrobe malfunction” in 2004 to rapper M.I.A.’s middle finger to the camera in 2012, the Super Bowl Halftime Show has not been very kosher in recent years. The halftime show, which usually features some of the most popular musical acts in the world, is often a spectacle of scantily clad dancers and songs that reference sex.

Last year pop singer Bruno Mars and the rock band the Red Hot Chili Peppers played a reasonably family-friendly set, but this year’s headliner, Katy Perry, will most likely bring the show back into familiar territory.

For those looking for a more family-friendly (or a more Jewish) alternative to the usual halftime show antics, Orthodox radio host Nachum Segal provides a solution: the second annual “Kosher Halftime Show.”

Since 1983, Segal, the son of Rabbi Zev Segal, has hosted “Jewish Moments in the Morning” for WFMU 91.1 FM, a Jersey City-based radio station. His usual show includes music (from Hasidic rock to modern Israeli and klezmer music), Jewish and Israeli news, and guest interviews. He calls his longstanding show a “Jewish radio empire.”

This year’s “Kosher Halftime Show,” to be streamed on nachumsegal.com, will feature the jam band Soulfarm, whose co-founder C. Lanzbom has worked with Pete Seeger and Shlomo Carlebach.

“There are many families that enjoy watching the game together, but when the halftime show starts they are uncomfortable,” Segal said in a press release, which also estimates that last year’s show drew over 10,000 viewers.

Nevertheless, for those who are going to stay on the couch for the duration of the normal ceremonies, there will still be at least one Jewish element to the normal Super Bowl this year: Jewish singer Idina Menzel, known for her lead roles in “Frozen” and “Wicked,” will sing the national anthem to kick off the game.