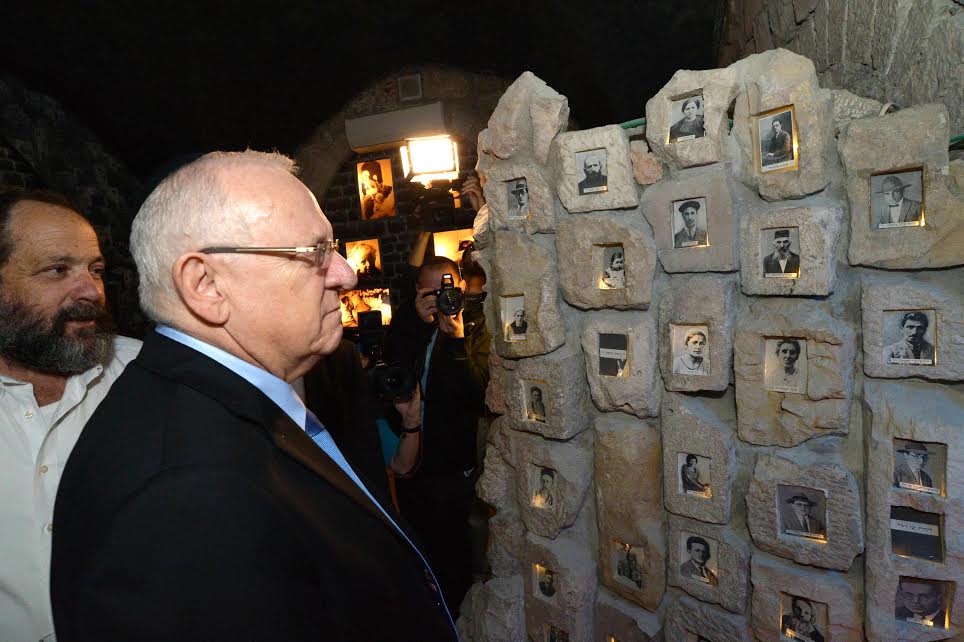 (JTA) — Israeli President Reuven Rivlin delivered a speech at the inauguration ceremony for a new Jewish museum in Hebron amid protests.

Speaking Monday at the Hebron Heritage Museum, which commemorates the 1929 riots in which Palestinians in the West Bank city killed dozens of Jews, Rivlin said “we can and should try” to encourage “dialogue” there.

The Jerusalem Post described the  encounter between police and protesters as a “small scuffle” that ensued “until security forces dispersed the protesters.”

Also Monday, Rivlin visited the nearby Jewish settlement of Kiryat Arba and the Tomb of the Patriarchs, a site holy to both Jews and Muslims. In 1994, a Jewish settler murdered 29 Palestinians during prayer services at the mosque there.

“We are in an election season. We are permitted to disagree, but we must not degrade each other, not on the right and not on the left,” Rivlin said in an address in Kiryat Arba. “Israel’s Arab and Jewish citizens are entitled to respect. We established a Jewish and democratic state here, a state that’s as committed to its Jewish principles as to its democratic ones. We are all equal and obligated by the law.

“Organizations on the left asked me to boycott the Jewish community in Hebron,” Rivlin said, adding that right-wing activists had asked him to decline an invitation to speak next month at an event organized by the Haaretz newspaper and partly funded by the New Israel Fund.

“I did not cancel my visit to Hebron as I would never cancel my participation at Haaretz’s conference on democracy,” Rivlin said.