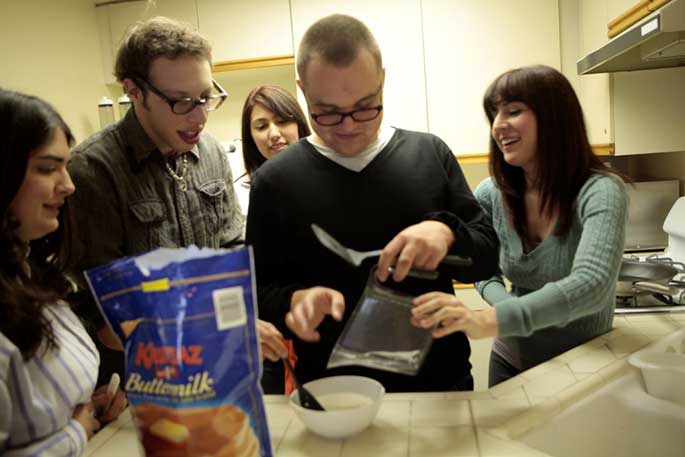 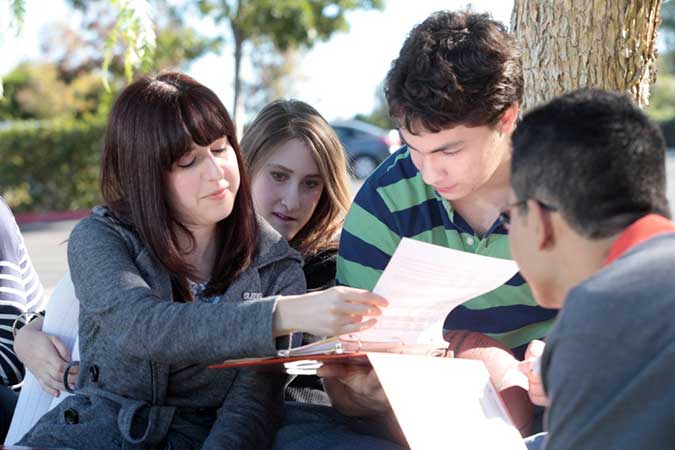 LOS ANGELES (JTA) — For most American teens, the transition from high school to college is a long-awaited step toward freedom — the freedom to choose new classes, meet new friends and, above all, to live away from home.

But for Laura, who suffers from anxiety and Attention Deficit Hyperactivity Disorder, it wasn’t working out that way. She was still living with her parents, taking classes at a community college; her world seemed to be getting smaller and smaller. Her social circle was pretty much nonexistent and she left the house only on go to class. She was procrastinating terribly on her schoolwork and staying up all night surfing the Internet.

“It got depressing,” Laura, now 21, told JTA. “Basically my parents and I were looking for ways to get me out of the house.”

Laura’s situation is all too typical for people her age, especially for those who suffer from social and cognitive deficits, according to Bonnie Auerbach, the clinical director of Advance LA, a housing program based at American Jewish University here designed to help young adults with disabilities transition to independent living.

“More and more young people in their 20s are struggling to launch,” Auerbach said. “Many of them were well scaffolded in high school, so it seemed that they could go on to college, and so many of them did. And then within a semester, for a variety of reasons, they crashed and could not sustain the independence.”

Trying to break out of the pattern, Laura (not her real name, which is being withheld to preserve her privacy) enrolled in Advance LA — a program of Help Group, a large Los Angeles-based social service nonprofit that focuses on children and young adults with psychological and emotional challenges. Advance LA provides participants with room and board on the American Jewish University campus, transportation to their classes or jobs (since many of them do not drive), social outings and educational workshops. Each resident is assigned an adviser who helps them establish routines and develop life skills.

The program, which launched in 2012, currently has 17 residents housed on two floors of a dorm that they share with AJU students. Many of the Advance LA residents, thought not all, have been diagnosed with social or cognitive disorders, including ADHD, autism spectrum disorders or various learning disabilities.

For all the residents, Advance LA is a home base while they take college courses, work or do some combination of the two. They also have access to the AJU facilities, including the dining hall, gym and library.

One of the program’s primary goals is to help its clients develop their executive functioning skills — the ability to plan, organize and execute a task, whether it is as simple as doing homework or as complex as finding employment.

Though not an expressly Jewish program, Advance LA has deep ties to the Los Angeles Jewish community. The CEO and COO of The Help Group are Jewish, as are the director and clinical director of Advance LA, and director Jill Rosenberg estimates that at least a third of the clients at the transitional living program are Jewish, including Laura.

Advance LA is not officially affiliated with American Jewish University, but Rosenberg says that renting space on the campus and holding annual Advance LA conferences there help to raise the program’s visibility in the Jewish community. In addition, Advance LA works with several of AJU’s undergraduate students as one-on-one coaches.

AJU’s president, Robert Wexler, declined to comment on his university’s relationship with Advance LA for this article, aside from noting that the organizations are not affiliated with one another.

The program isn’t cheap — its base rate is $4,200 per month — and does not receive government support. The cost does not include any school enrollment, and the families of many clients also hire a coach to provide additional support.

Laura arrived in August 2013 and said the transition was challenging at first. She missed her parents and her dog; her grandmother had died just a week after she arrived. But she also quickly came to appreciate being around other people her age, and the strong emphasis on goals and structure.

Working with an adviser, she learned how to cook, do laundry and finish her schoolwork promptly. Then she set out on learning how to drive and building her resume as she continued to take classes with the goal of transferring to a bachelor’s program. Her social circle began to expand.

It was slow progress at first — Auerbach says the program’s unofficial motto is “millimeter by millimeter” — and for many participants, who come from successful, high-achieving families, the focus on incremental goals and progress can be frustrating.

But over time, the difference can be dramatic. Laura now gets her schoolwork in on time without pulling late nights. She is earning a certificate in early childhood education, building up the credits needed to transfer to a four-year state university and planning to become a teacher. She has a job at  a Chipotle restaurant and plans to take her driving test in the coming weeks.

Later this year she hopes to move out of the transitional housing program and into her own apartment, albeit with continued coaching support. Laura also has an active social life that includes trips to movies and the beach with friends from the program, alongside the daily bull sessions typical of dorm room life.

She talks to her parents far less often than she used to — but says she has a much greater appreciation of what they do for her.

“I was grateful to them before,” Laura said, “but I’m really grateful now.”
And now, she says, she can look forward with confidence.

“I used to get really nervous when I would talk about the future.”