Nancy Pelosi greets Yuli Edelstein, recalls when she protested on his behalf 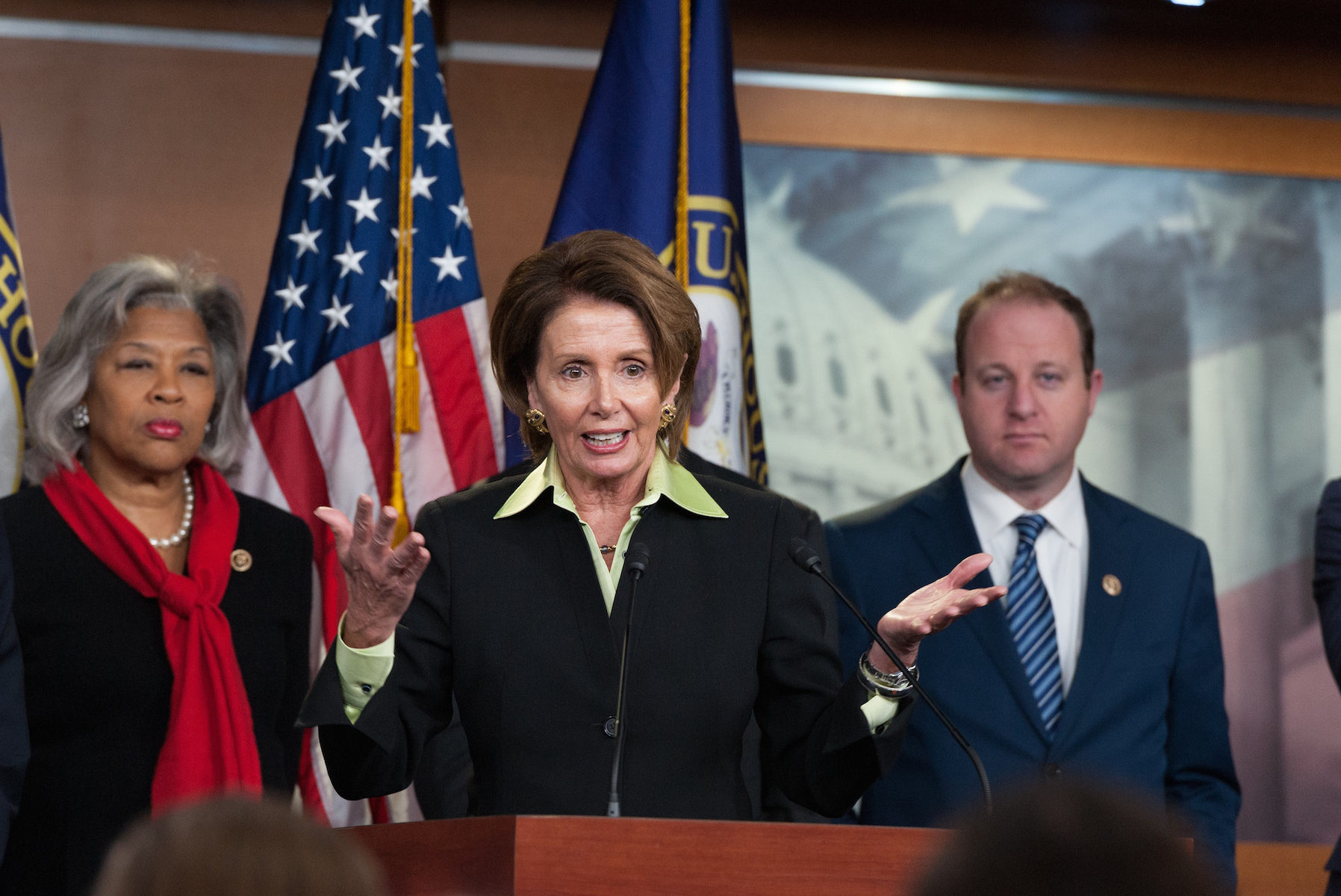 Nancy Pelosi, the former House speaker, and Yuli Edelstein, the current Knesset speaker, have a shared past, and not just because they’ve both wielded gavels.

We cover the latest here.

On Wednesday, she met with Edelstein, who made the case for Netanyahu’s accepting Boehner’s invitation to speak to Congress on the Iran threat, even though the invitation was made without consulting with the White House and Democrats.

Pelosi wasn’t buying. “We treated them with great courtesy and warmth and sadness,” Pelosi said Thursday at her weekly press conference when asked about her meeting with Edelstein.

The warmth seemed for real — she discussed memories of the former Prisoner of Zion from long before she met him, when she campaigned for his release.

“I was interested in seeing the speaker again, I had seen him before when I was speaker and visiting Israel when he was a member of Knesset. I said, ‘Before I ever met you, before I was in Congress, I was outside the Soviet [embassy] advocating for the refuseniks,’ and of course he was a very well-known one at the time.”

Pelosi campaigned on behalf of Soviet Jews when she was a senior Democratic Party official, before she first took the electoral plunge in 1987.

“It was wonderful to sit across the table seeing him as the speaker of Knesset,” Pelosi said. “Some of these relationships are deep even when we didn’t know each other.”

As far as the Netanyahu speech was concerned, Pelosi said she told Edelstein “the United States is committed” to keeping Iran from obtaining a nuclear weapon.

“It’s a pillar of our national security and foreign policy to stop nuclear weapons,” she said. “This is really more about the casualness in which an invitation is extended to a head of state two weeks before his election and using politicizing, deep convictions about the important relationship between Israel and the United States.”