Funeral for Ellen Brody, killed in Metro-North crash, to be held at Chabad 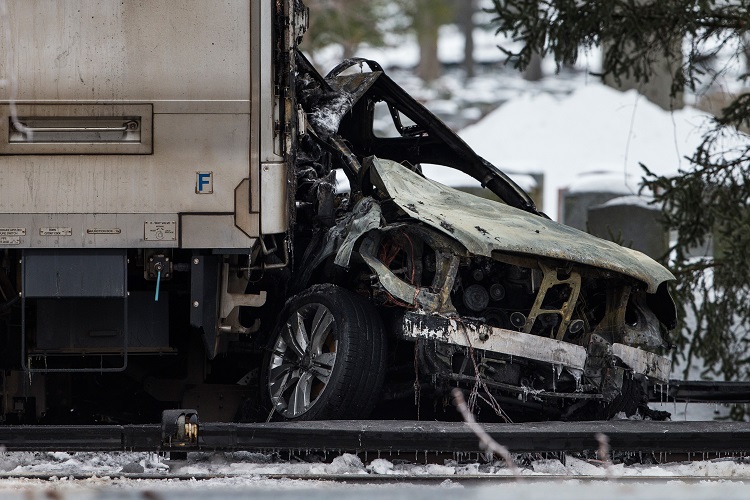 A Metro-North train collided with an SUV in Valhalla, N.Y., leading to six fatalities, including the driver of the car, Feb. 3, 2015. (Andrew Burton/Getty Images)
Advertisement

NEW YORK (JTA) — The funeral for Ellen Brody, the Jewish mother of three killed in Tuesday’s deadly Metro-North train crash, will take place at 10 a.m. Friday at Chabad of the Rivertowns in Dobbs Ferry, N.Y.

The funeral time and place were announced by her husband, Alan Brody.

The accident was the deadliest in Metro-North history. Brody, 49, and five rail passengers were killed when the train plowed into Brody’s Mercedes SUV at a railroad crossing in Valhalla. It’s not clear why Brody’s vehicle had stopped on the tracks. Brody, who lived in Scarsdale, was on her way back from her job at an Israeli-run jewelry store in Chappaqua.

The co-director of the Chabad center, Rabbi Benjy Silverman, remembered Brody as mindful, considerate and warm.

“They were very Jewishly proud, with strong connections to Israel,” Silverman said of the family. “It was an important part of her life and her family’s life.”

Brody’s family has been involved with the Chabad center since its inception 12 years ago, Silverman said. Brody’s three daughters, Danielle, Jules and Lexi, all went to the Chabad Hebrew school and had their bat mitzvahs there.

About six years ago, when Silverman was looking for a volunteer couple to do a mock Jewish wedding for the Hebrew school, the Brodys not only stepped up, but Ellen showed up in her wedding dress and Alan in his tuxedo, Silverman recalled.

The Brodys were slated to come to the Chabad center this weekend for a Friday night dinner event, he said. Instead, Silverman will spend Friday morning officiating at Brody’s funeral.