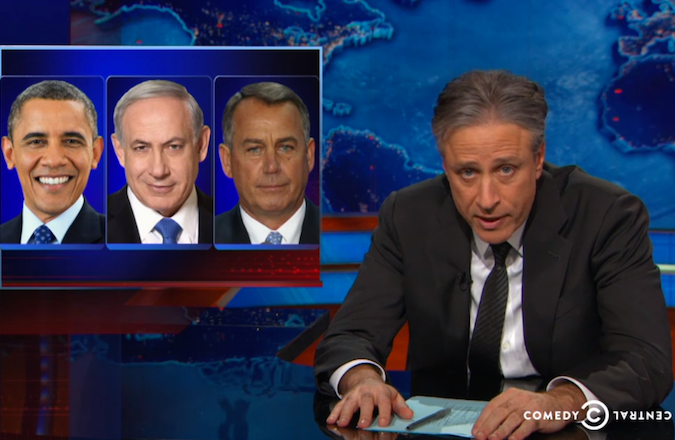 On Thursday, Jon Stewart weighed in on the announcement that Israeli Prime Minister Benjamin Netanyahu will make a speech to the U.S. Congress next month, just weeks before Israel’s elections. Stewart is critical of all sides, from the U.S. history of involvement in the Middle East to Netanyahu’s droll new campaign ad.

And for those who want to watch the full Bibi-sitter video: