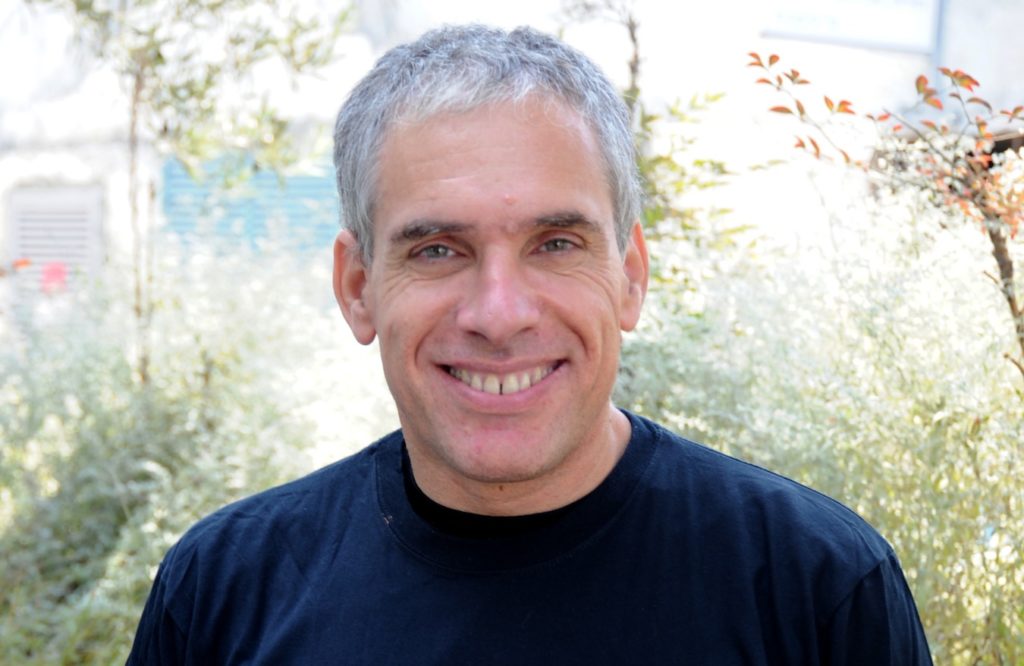 Waze founder and Israeli tech entrepreneur Uri Levine will be appearing at the upcoming Times of Israel Gala. (Sahar Rott)

“I think we have poor PR and poor marketing,” Levine said of his country. “In general, focusing on the value that we bring to the world is much more important than highlighting the conflict.”

Gold and Levine, in concert with a a bevy of other Israeli luminaries including supermodel Bar Refaeli and former President Shimon Peres, will gather at the Times of Israel Gala on Sunday. The gala, titled “Telling Israel’s Story,” also marks the three-year anniversary of the launch of the online English-language newspaper, which was co-founded by Seth Klarman, its billionaire chairman and primary funder, and founding editor David Horovitz.

The gala is being held at the ritzy Waldorf Astoria New York hotel. And as befits the New York philanthropic dinner circuit, it is pricey, with tickets ranging from $375 for students to $1,500 for VIPs.

However, the event is not a fundraiser for the Times of Israel. Any money left after expenses will be donated to various charities, including the Jewish National Fund and the American charitable arms of Ben-Gurion University and Magen David Adom.

Horovitz said that while the Times of Israel seeks to accurately cover all aspects of Israeli and Jewish life, both in its coverage and the events it hosts, the gala is aiming for a more positive focus.

“It’s not always upbeat, the material that we report on the website. We try to tell it straight,” Horovitz told JTA. “This event is highlighting some of the positives.”

This intersection of reportage and promoting a positive image of Israel also fits the goals laid out by Klarman upon the launch of the paper in 2012.

“I am a firm believer that the more people learn about Israel, the more they will understand how she responds with imperfect but exemplary morality and decency to life in the most difficult of neighborhoods,” Klarman wrote.

Gold, who formerly led research and development for the Israel Defense Forces and is now a brigadier general in the reserves, said that Iron Dome provides a perfect example of the qualities that make Israel unique — innovation, the ability to work quickly and imaginatively, and a willingness to take risks, all in the name of the public good.

The gala is in New York because the Times of Israel draws more of its readers from North America than anywhere else, according to Horovitz. The paper also has a readership in Israel and publishes French and Arabic language versions.

Waze founder Levine says that in the past, when it was seen as an underdog, Israel was more popular around the world. Now that Israel is stronger, much of that support has evaporated, forcing the country to do a better job of telling its own stories.

“As an entrepreneur, I feel proud to be part of the start-up nation,” said Levine. “This is the story that Israel should be telling these days.”