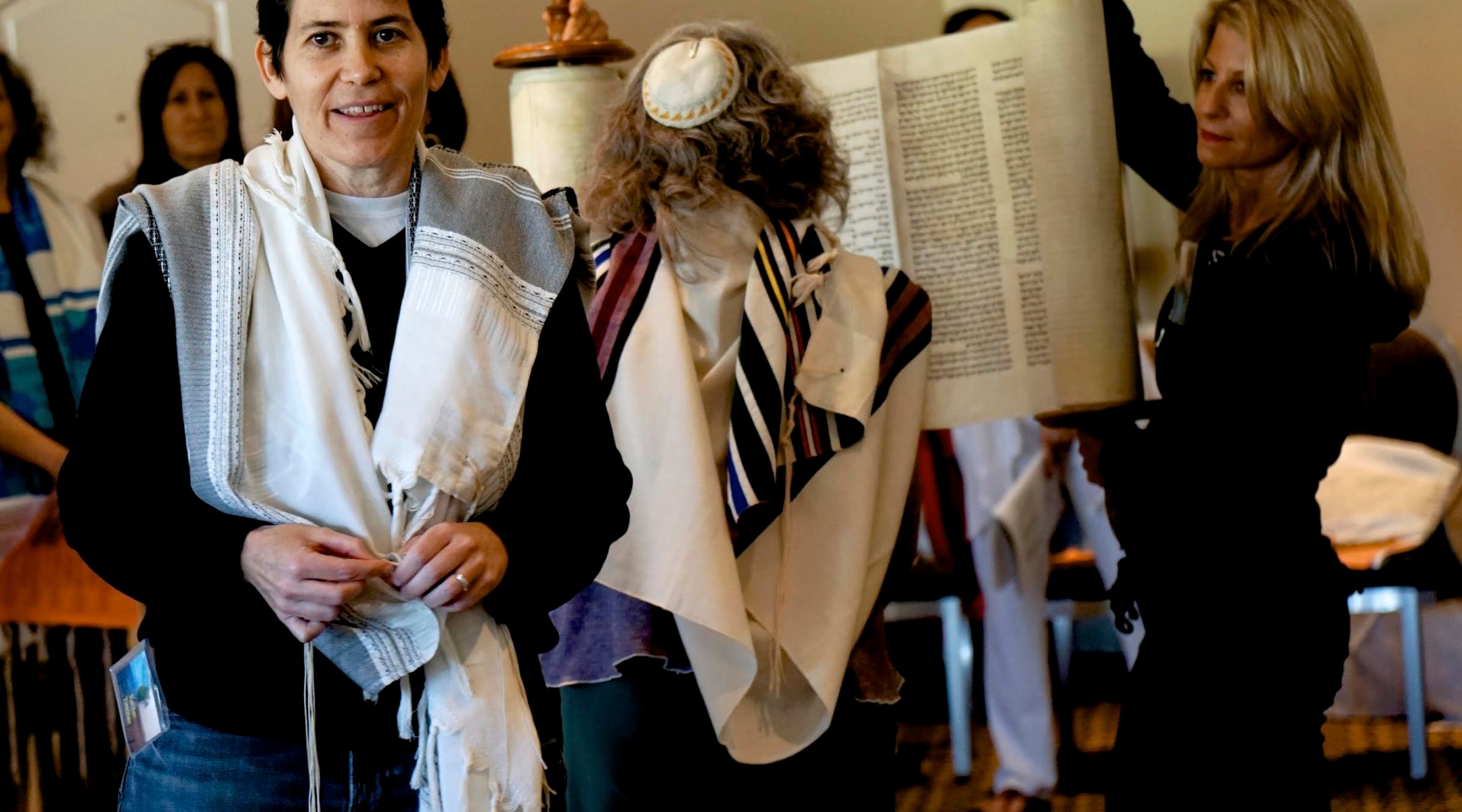 Rabbi Rachel Timoner, associate rabbi of the Leo Baeck Temple in Los Angeles, is being tapped to take over the pulpit at Congregation Beth Elohim in Brooklyn, N.Y. (Leo Baeck Temple)
Advertisement

(JTA) – One of the top agenda items these days for Rachel Timoner, associate rabbi at the Leo Baeck Temple in Los Angeles, is trying to get a train built along the I-405 freeway stretching from the North San Fernando Valley to the city’s international airport.

It’s the community project her Reform congregation has chosen to prioritize — as a vehicle, Timoner says, for creating 140,000 jobs and removing 80,000 cars from the road each day.

When Timoner takes up her new post this summer as senior rabbi at Congregation Beth Elohim in Brooklyn, she may find herself far from concerns about L.A. traffic, but close to that same spirit of community organizing and social action.

Beth Elohim has earned a national reputation in recent years for social action — and for the successes that its departing rabbi, Andy Bachman, has had at bringing disaffected Jewish young professionals into synagogue life.

After Hurricane Sandy in 2012, Beth Elohim launched a massive feeding program for down-and-out New Yorkers. After the massacre of 26 children and teachers at a school in Newtown, Conn., there was Bachman protesting outside a firm with investments in military-style assault weapons. When the Park Slope Food Coop threatened to boycott Israeli goods, Bachman led the progressive charge against the boycott.

All the while, Bachman managed to make Beth Elohim a hub for young Jews. The synagogue hosts brand-name speaker programs and a vibrant traditional-style egalitarian minyan called Altshul. Membership doubled to almost 1,000 member units over Bachman’s nearly nine years at the helm.

So when Bachman announced last summer that he would be leaving his pulpit to focus on work helping New York’s poor, many in his stunned congregation wondered who could take his place.

On Jan. 28, the search committee announced that Timoner was its unanimous choice for senior rabbi. The decision has been approved by the board but must be voted on by the congregation — likely on March 2.

“We really see ourselves as a model for a synagogue that’s broader than just our congregation,” Beth Elohim’s president, Jonathan Fried, told JTA. “Rabbi Timoner has both a strong track record in her current congregation of really engaging people, and she has a previous background before she went to rabbinical school of working with community organizations and other nonprofits.”

Timoner’s hire, if approved, also would mark the third large congregation in Brooklyn’s stroller-friendly Park Slope neighborhood to be led by a lesbian. The other two are the unaffiliated Kolot Chayeinu, which has long been led by Rabbi Ellen Lippman, and the Park Slope Jewish Center, a Conservative congregation under Rabbi Carie Carter’s stewardship.

A Florida native, Timoner, 44, spent nearly 14 years in the nonprofit sector before enrolling in rabbinical school. After graduating from Yale, she helped rebuild a community center for low-income women in San Francisco, launched or led four programs for LGBT youth, researched the impact of welfare reform on poor people in California, and spent six years as an organizational development consultant working with such clients as the Pro-Choice Resource Center, the Coalition on Homelessness and a group for abused women.

Timoner is married to Felicia Park-Rogers, the former executive director of Beth Chayim Chadashim, an LGBT congregation in Los Angeles. The couple has two sons.

By all accounts, Timoner’s decision to go into the rabbinate was an extension of her earlier work. (Timoner declined to be interviewed for this story, citing the congregation’s pending vote on her hire.)

“As opposed to talking about issues from the bimah, Rachel has surrounded herself with congregants to allow them to do their work in the public square through a Jewish lens,” said Kolin, who also will be moving from Los Angeles to New York this summer to take a job as associate rabbi at Manhattan’s Central Synagogue.

Timoner, who wrote a 2011 book “Breath of Life: God as Spirit in Judaism,” also has been an outstanding spiritual leader, according to Kenneth Chasen, the senior rabbi at Leo Baeck Temple.

“She has a contagious spirit, and it brings depth and meaning to every corner of the world,” Chasen said.

David Myers, the chairman of UCLA’s history department and a professor of Jewish history, said Timoner is a worthy successor to Bachman.

“She is poised to assume a position of leadership,” he said, “not just in one synagogue but on the American Jewish stage more generally.”