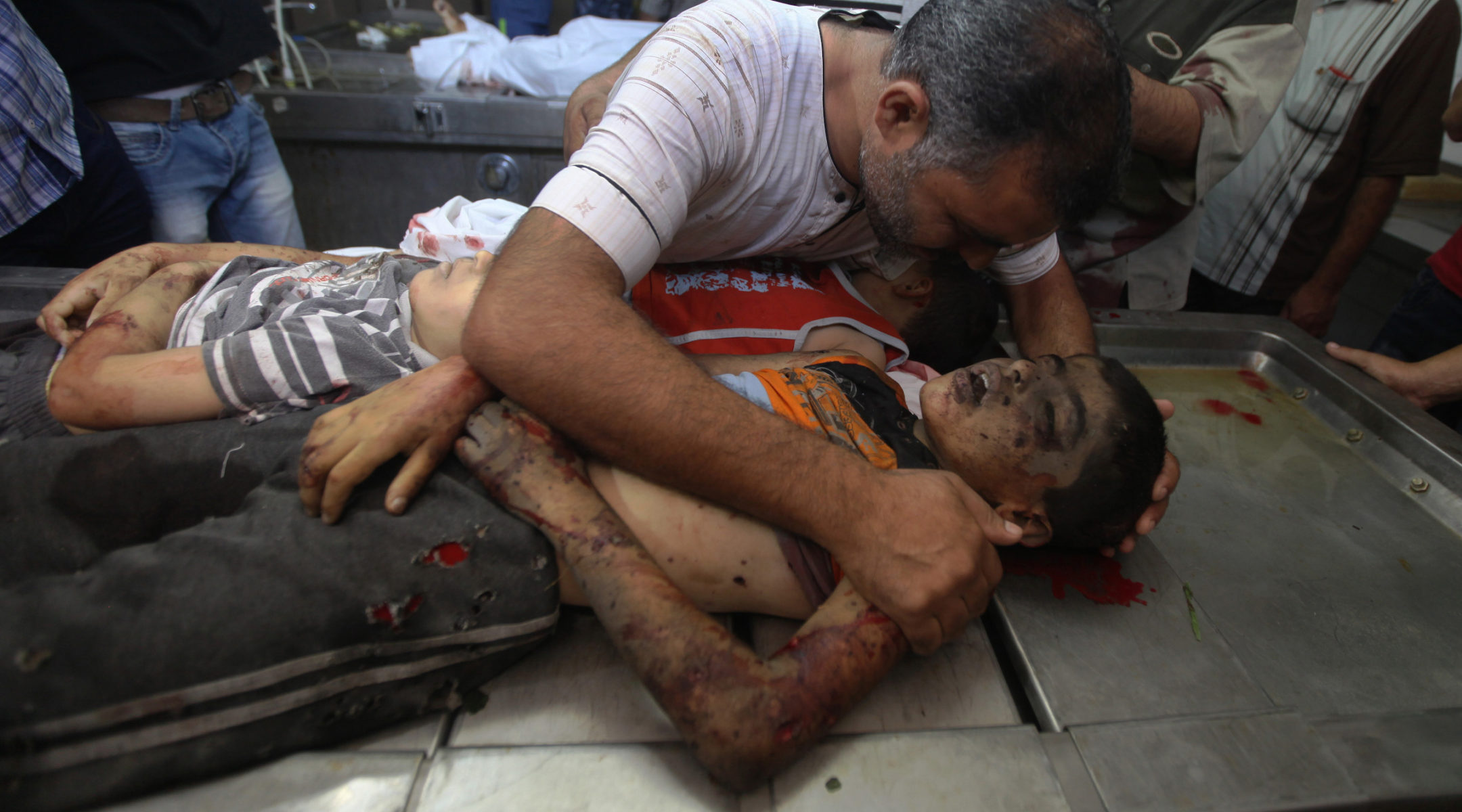 Relatives of three Palestinian boys killed by an Israeli airstrike visiting their bodies at the morgue of al-Shifa hospital in Gaza City, Aug. 21, 2014. (Emad Nassar/Flash90)
Advertisement

(JTA) — An Associated Press investigation into Israeli airstrikes on Gaza homes during last summer’s war against Hamas concluded that 508 people, or over 60 percent of the casualties, were children, women and older men.

The report, which The Associated Press called “the most painstaking attempt to date to try to determine who was killed in strikes on homes,” was compiled by investigating 247 Israeli airstrikes and interviewing witnesses.

Israeli officials have accused Hamas and other groups of launching attacks from population-dense areas. According to Israel, Palestinian groups used houses to hide weapons, fighters and command centers. Israeli officials said they used safeguards against hitting civilians, including calling off strikes at the last minute when civilians appeared and delivering warnings so civilians could evacuate.

The AP report concluded that 96 of those killed in airstrikes, or 11 percent of the total casualties, were “confirmed or suspected militants.” AP acknowledged that its numbers could be wrong since Hamas has not released a detailed casualty list.

The number of civilian deaths has been a central element of the heated debate over the Gaza conflict. Last August, the United Nations reported that 70 percent of the war’s total Palestinian casualties were civilians. Israel refuted the report.