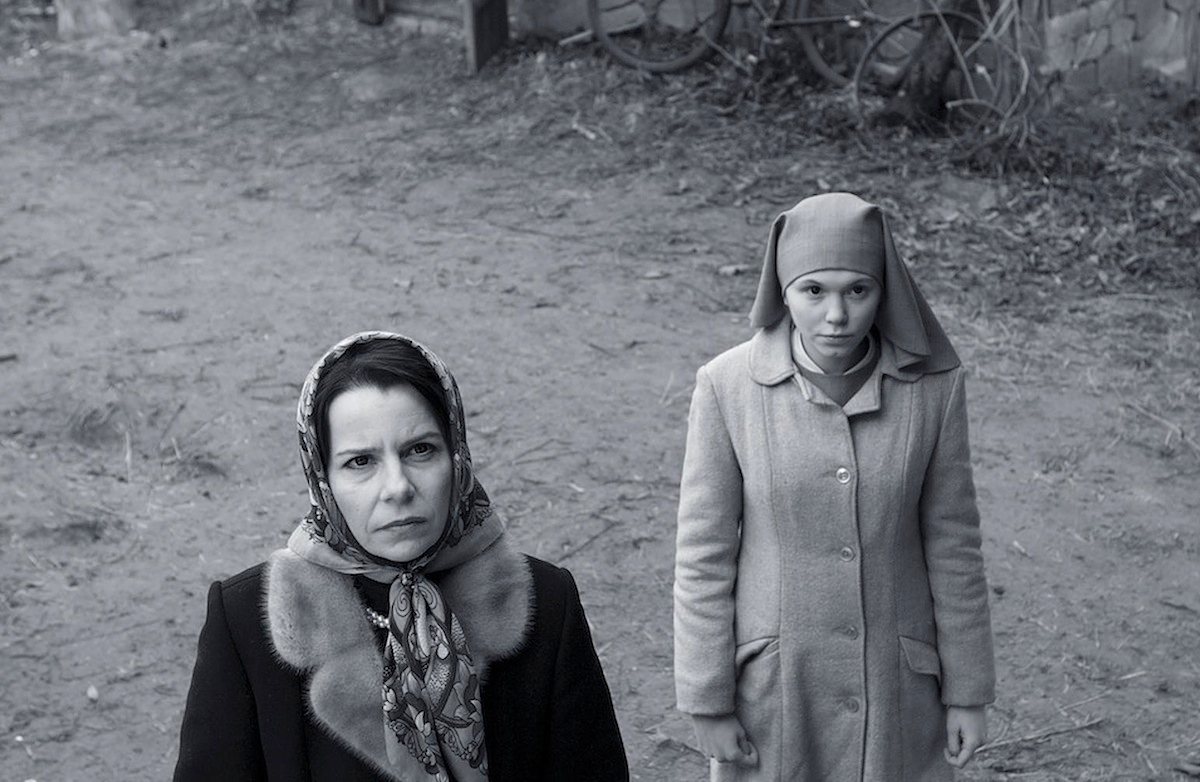 Agata Kulesza, left, and Agata Trzebuchowska co-star in the Polish film "Ida,? an Oscar nominee for Best Foreign Language Film about an aunt and niece looking for family lost in the Holocaust. (Opus Film)
Advertisement

LOS ANGELES (JTA) — For the past few decades, Holocaust films have been common — and often victorious — fare at the Academy Awards.

But this year, the Polish nominee in the Foreign Language Film category ventures into the less frequently explored territory of the Holocaust’s aftermath.

“Ida,” writer-director Pawel Pawlikowki’s stark black-and-white film, is an unsparing look at the discomfiting void left behind after the obliteration of Poland’s Jews.

Set in 1962 Poland, the film tells the story of Ida, a young Catholic novitiate living a life of simple devotion at a rural monastery as she prepares to take her vows as a nun. But the rhythm and ritual of her life is disrupted when she learns that she must visit her previously absent aunt before she can be initiated. Against her will, and wearing her habit like armor, Ida journeys to Warsaw.

The aunt, Wanda Gruz, is the diametric opposite of Anna — a worldly, disillusioned Stalinist now devoid of faith of any kind. From the start, Wanda cannot resist taunting Ida for her piety and innocence. For Wanda, life is pain, leavened by alcohol, cigarettes, music and an anonymous parade of men. She is also Jewish — and so, she reveals, is Anna, born Ida Lebenstein, whose family was killed in the Holocaust.

Almost despite themselves, Ida and Wanda find that they share a mutual affection, and Wanda agrees to take her niece to search for the remains of their family. The contrast between the traveling companions could not be more stark. Passing a roadside shrine, Ida stops to kneel and pray while Wanda lounges against the car smoking. Reaching a village, Ida goes to the church, Wanda to the bar.

What they find is a Poland determined not to remember or to care. From the occupier of the family’s old house they meet hostile denial. From villagers in the family’s old hometown they meet shrugs and blank stares. In a hitchhiking young saxophone player they find the drifting, sensuous pursuit of whatever comes next.

But Ida and Wanda also force one another to confront things with which they, too, have failed to reckon. For all her disapproval of Wanda, Ida cannot fail to see all that the larger world offers. And Wanda, in her growing connection with Ida, is forced to excavate long-buried memories, loves and agonizing losses.

Of all the movie’s great voids, perhaps none is greater than Judaism itself. For Ida, the discovery that she is Jewish is an odd, almost incomprehensible piece of trivia, one of the few threads tying her to a past she never knew. Wanda, twisted by pain and grief, neither seeks nor desires any connection with Jewish life. She is a modern communist, devoted to the party but stripped of belief in anything but the perfidy of man.

Yet these two wounded vessels are the sole Jews in the film. Beyond them there is nothing. No rabbi, no community, no culture, no memory — only an abandoned graveyard.

Given this, it is little surprise that “Ida,” like its characters, has an uneasy relationship with Poland. The film has been widely hailed as a masterpiece and lavished with critical praise and awards, including Best Foreign Language Film from the British Academy of Film and Television Arts. But it has also met with criticism from Polish nationalist groups that have accused the film of tarring Poland with the sins of the Nazi invaders.

Pawlikowski is himself a singular figure in the world of Polish filmmaking. He has spent much of his adult life working in London, only recently returning to his native Warsaw. In discussing his filmmaking influences on “Ida,” the director has cited not Polish but French filmmakers such as Jean-Luc Goddard and Robert Bresson, and critics have likened Pawlikowski’s minimalist style to the Japanese director Yashujiro Ozu.

Pawlikowski also shares another element with his characters, namely a Jewish past. His father’s mother was Jewish and was murdered at Auschwitz. Like Ida, Pawlikowski didn’t learn this history until he was an adult. His father, an avowed secularist, never discussed it.

“Everyone talks of it as being about Jewish-Polish relations,” Pawlikowski told the Guardian newspaper last year. “I don’t want to step into that minefield. For me, the film is about what it is to be Polish.”