This high school may have predicted Israel’s election results 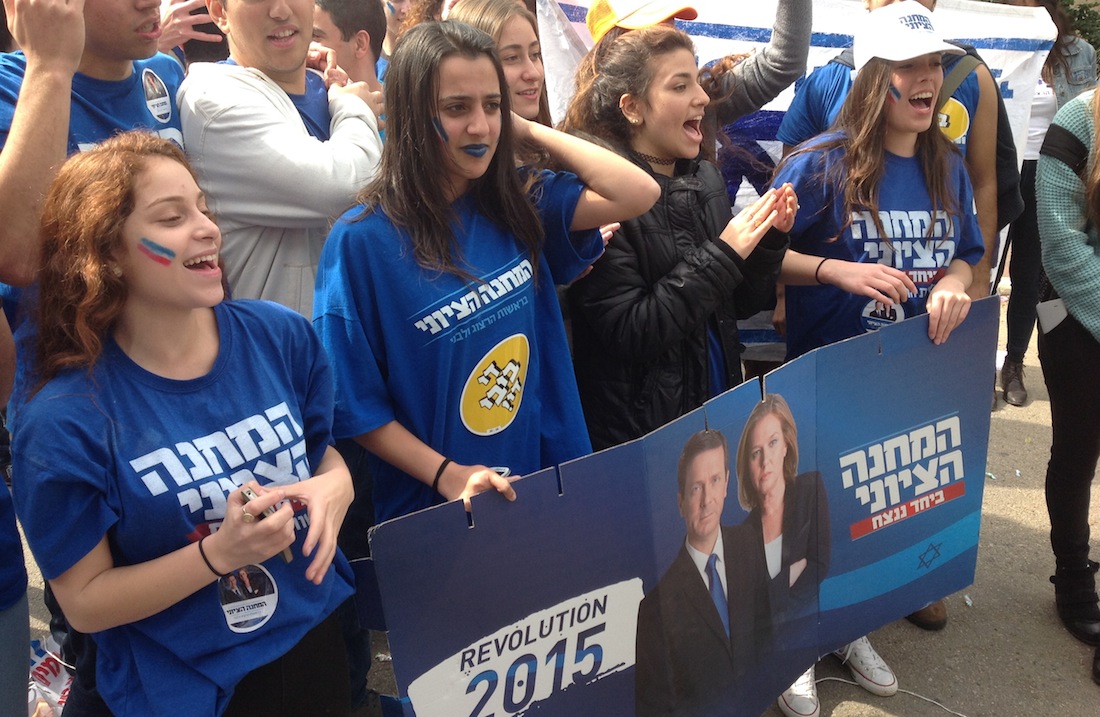 RAMAT GAN, Israel (JTA) — When Isaac Herzog learned that his Zionist Union party had won the election with 32 percent of the vote, he posted a triumphant status update on Facebook.

Prime Minister Benjamin Netanyahu had failed, Herzog wrote on Sunday, and vowed that his center-left party would change the government.

Herzog’s celebration may have been a touch premature — Israeli elections are still three weeks away.

He was reveling in the victory by Zionist Union in the mock election at Blich High School, a secular public school in this Tel Aviv suburb. Students there placed the centrist Yesh Atid party in second place with 28 percent of the vote, followed by Likud with 14 percent.

High schools across Israel have held mock elections in the run-up to the Knesset elections on March 17. But when Blich students cast their ballots on Sunday, they held the country’s attention. Ahead of Israeli elections, Blich’s approximately 1,000 juniors and seniors engage in an intense curriculum on the campaign, studying the party platforms, holding a mock debate and meeting with candidates. And Blich students in the past had often approximated the actual result.

“This process is very important to the students,” said junior Tal Itzhaki, a Zionist Union supporter. “It gets us close to politics. It gives us space to express our opinions. [Students] take it seriously because they understand that Blich represents the people.”

In 1977, Blich students correctly predicted the Labor Party’s first-ever loss to Likud. In 1992, they prophesied that Labor would depose Likud and return to power. In 2006, they correctly predicted three of the election’s top four finishers: Kadima, followed by Labor and Likud. And in 2013, Yesh Atid’s win at Blich preceded its surprising second-place finish in the real election. 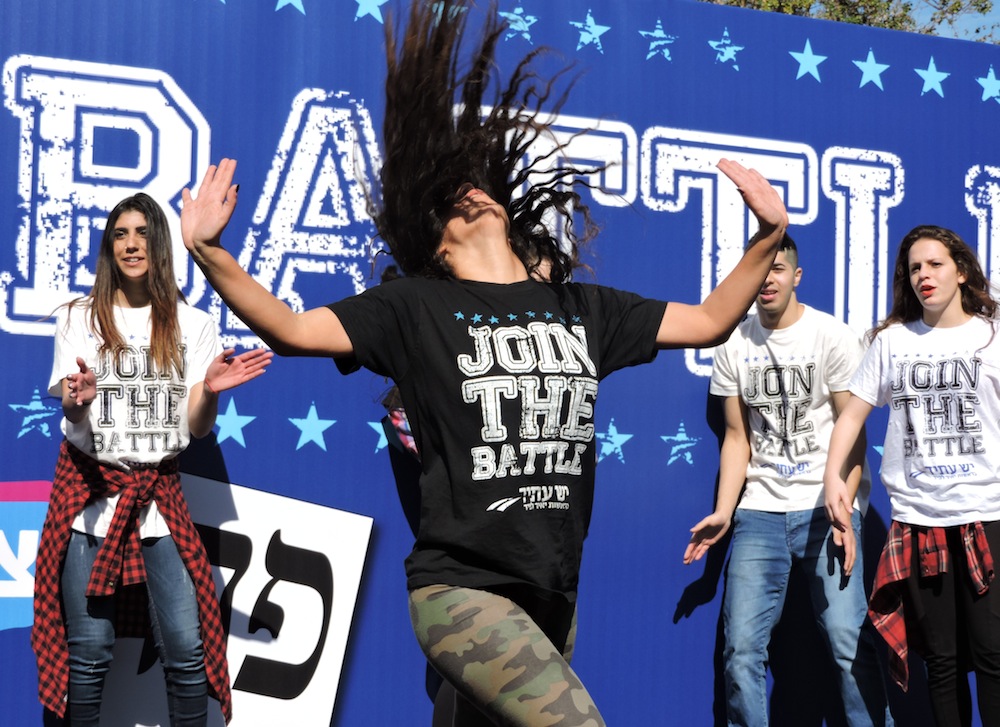 It is this record that may explain why Israeli party leaders take the mock election at Bilch so seriously. Leading up to the vote on Sunday, Herzog, Yesh Atid’s Yair Lapid, Jewish Home’s Naftali Bennett and Likud’s Gilad Erdan all gave speeches at the school.

“Every child needs to know we’ll allow him to reach the next peak and create the next Apple, or be a pilot or a special forces commander, or cure cancer, or be the one who brings peace,” Lapid said in a Feb. 11 speech at Blich, where he unveiled his party’s education platform. “You are the foundation and the heart and the soul, and without you it won’t happen.”

The election also gave students an excuse to party. Ahead of the vote, students mobbed a stage set up opposite Blich’s entrance as music pounded through speakers around the courtyard, often playing the jingles of competing parties. Two juniors wore shirts supporting the far-left Hadash party but their pants featured stickers for right-wing Foreign Minister Avigdor Liberman. A group of dancers wearing Yesh Atid shirts performed. Outside the school, two rival politicians — Zionist Union’s Stav Shaffir and Likud’s Danny Danon — made a last-minute appeal. 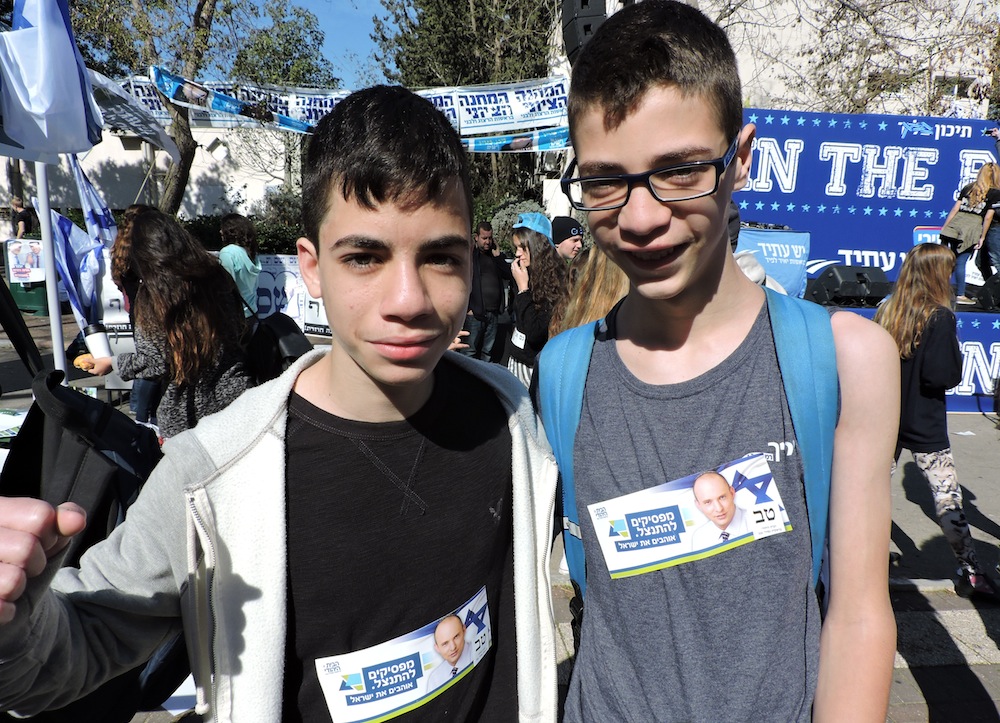 “There’s a great atmosphere,” said Adi Album, 18, a recent high-school graduate who returned to campaign for Zionist Union on mock election day. “People here are demanding a change, social justice, peace. The politicians think dancers will convince them. It kind of seems like a reality show.”

The music and dancing culminated weeks of preparation by the students. Nearly two months ahead of the vote, juniors and seniors became “members” of the various parties, with each group electing a chairman, secretary and spokesperson. They spent the next few weeks campaigning between classes and at recess, wallpapering the school with posters and handing out fliers. Each group studied their party platform and came together for a debate ahead of the vote.

“I think a lot of people want Zionist Union because they want to take down Bibi,” said senior Abigail Raziel, a Yesh Atid supporter, using Netanyahu’s nickname. “We need someone new.”

Despite its electoral record, the Blich election isn’t representative of the wider electorate in several key ways. For one, the school has no Arab students and few religious students. The Arab Joint List, projected to take 12 of the 120 Knesset seats in the March balloting, finished with zero percent of the vote. Haredi Orthodox parties also earned no support from the students.

But while students recognized that the vote was little more than a school exercise, and appeared to take their moment in the national spotlight in stride, some expressed an awareness that the next time they vote, it could be for real.

“We’re the future of the state,” said Roy Ben David, 14, one of the school’s few Likud supporters. “The media that’s here has a lot of influence on the state. In a couple of years, we’ll be the state.”