How Netanyahu’s speech played in Israel 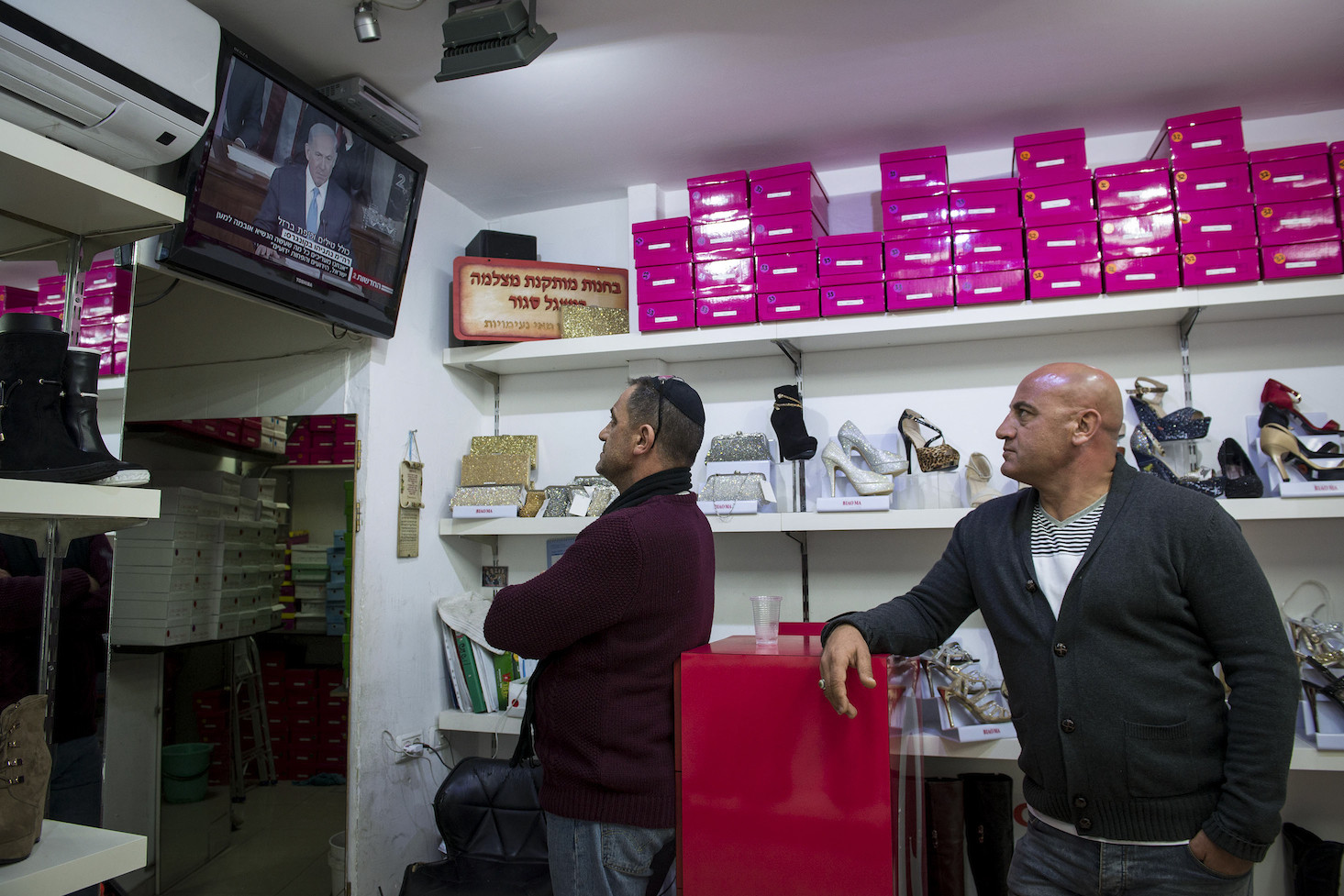 In America, pundits and politicians are wondering what Netanyahu’s speech will mean for the next few months, years, even decades of U.S.-Israel and U.S.-Iranian relations.

In Israel, everyone is focused on the next two weeks.

Since the speech was announced in January, Netanyahu’s critics have accused him of using the U.S. Capitol stage to boost his polls ahead of Israel’s March 17 election. Supporters say his only intention is to defend his country from a looming threat.And in Israel, where there isn’t much political debate on the need to prevent an Iranian nuclear weapon, reactions to the speech all addressed one question: What does this mean for the ballot box?

In Israel’s newspapers, responses to the speech, as always, fell along ideological lines. At the pro-Netanyahu daily Israel Hayom, Boaz Bismuth, under the headline “The speech of a historic moment,” wrote that Netanyahu succeeded in transcending politics, as “There are moments in which a leader does what he does not for votes, but for the children … There are moments in history that a leader makes happen.”

Elsewhere, pundits were more skeptical of the prime minister’s goals. Nahum Barnea, a staunch Netanyahu critic at Yediot Aharonot, wrote that Netanyahu created “a golden opportunity to leave an impression on voters in Israel, and used it to the fullest.”

Netanyahu has been emphasizing the Iranian threat throughout the campaign, despite polls showing that voters care more about economics this time around. Oded Eran, a senior researcher at the Institute for National Security Studies, said in light of that, Netanyahu’s speech won’t influence the polls, as “there are problems of housing and cost of living and health care, and he didn’t change anything in this respect.”

But at the left-wing Haaretz, Yossi Verter wrote that refocusing the campaign was the speech’s key success. Now, Israelis will all be talking about Netanyahu’s marquee issue: Iran.

“It’s too early to say whether Bibi’s appearance on Capitol Hill two weeks before the election will stanch his Likud party’s steady decline in the polls and leave him in office for another term,” Verter wrote. “What’s certain is that this week will be dominated by the issue Netanyahu and his campaign staff want to highlight: security, security, security.”