Yaniv Sadka gets teens involved in the fight against cancer 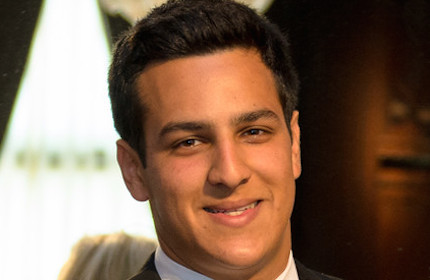 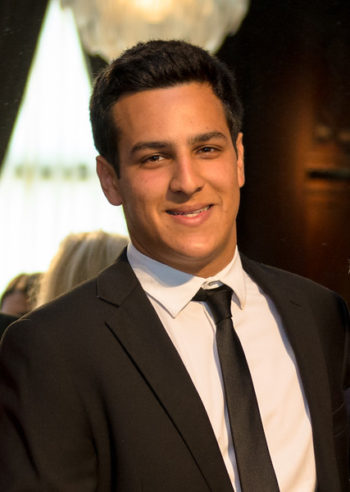 Yaniv Sadka: “I wanted Teens Curing Cancer to be something that high school kids could be proud of, and I wanted to be able to help people.” (Courtesy of The Diller Teen Tikkun Olam Awards)

Yaniv Sadka met many kids while coaching his Los Angeles youth lacrosse league. But during the summer of 2011, one 13-year-old boy stood out.

“Benny became like my third brother,” said Sadka, 19. “We would do brotherly things like joke around, wrestle, go for ice cream. We really bonded that summer.”

By the end of the summer, however, Benny was diagnosed with lymphoma, and would succumb to the disease a year later.

Consumed with sadness, Sadka decided to volunteer at local cancer organizations but soon felt frustrated by the limits of the experience.

“I didn’t want to sit [in their offices] doing clerical work; I felt I could have more of an impact,” he said. “Just because I was a teenager, I thought there was no reason that I couldn’t run my own fundraisers.”

During the fall of 2012, as a junior at Beverly Hills High School, Sadka recruited a few classmates to launch a new school club, Teens Curing Cancer. The following year nearby Windward School formed another Teens Curing Cancer club.

The goal of the clubs, said Sadka, was to provide unique ways for teens to volunteer by encouraging them to run their own fundraising events as well as educating them about pediatric cancers.

Nearly 2,000 students from both schools participating in the efforts of five fundraising events, said Sadka, and Teens Curing Cancer has raised $12,000 so far. The events range from selling sandwiches and competitive classroom fundraising drives to an art-and-jazz show with a silent auction at a nearby gallery.

“Students really identified with [the idea] that if you are lucky enough to not be ill, it is like winning a genetic lottery,” Sadka said.

Recently granted nonprofit status,  Teens Curing Cancer will use the funds it has raised so far to purchase a much-needed piece of lab equipment for a yet-to-be-determined pediatric cancer research center in either California or Wisconsin, Sadka said.

For his work with Teens Curing Cancer, Sadka was awarded the Diller Teen Tikkun Olam Award in 2014. Currently a freshman at the University of Wisconsin-Madison, he is studying biomedical engineering and working to expand Teens Curing Cancer clubs to additional Los Angeles-area high schools.

“I was told that I was too young to start a nonprofit, but I was able to take it this far, and it really took off,” said Sadka. “I wanted Teens Curing Cancer to be something that high school kids could be proud of, and I wanted to be able to help people.”

JTA caught up with him to talk about his heroes, his meaningful connection to the Jewish community and the advice he gave to the high school students now running Teens Curing Cancer clubs.

What do you think are the important qualities of a hero?

What is special about a hero is that they make unselfishness a priority and take the time to give back.

Who is your hero?

My family: Both my parents are immigrants from the Middle East. They didn’t come to the U.S. with much. I have so much respect for them because they worked very hard to give my brothers and me the best lives possible. I hope to be able to do that for my children.

I have a special liking for Yom Kippur. The symbolism behind the fasting and being able to have a day to think about the good and the bad of the previous year is special.

Just being a part of the [Jewish] community is meaningful. The bond, the open arms of Jewish organizations, is like no other and is part of the uniqueness of the community.

What sort of things do you like to do for fun?

I play lacrosse. I like to read about finance, banking and the stock market. I enjoy spending time with my friends and family, I enjoy outdoor activities like hiking, and I like trying new food.

What advice did you give to the students who now run the Teens Curing Cancer clubs at their high schools?

I told them that everyone has a different point of view, but do what you think is right. Collaborate with others and get as many teens involved as possible.