Feeling panicked? It could be in the genes 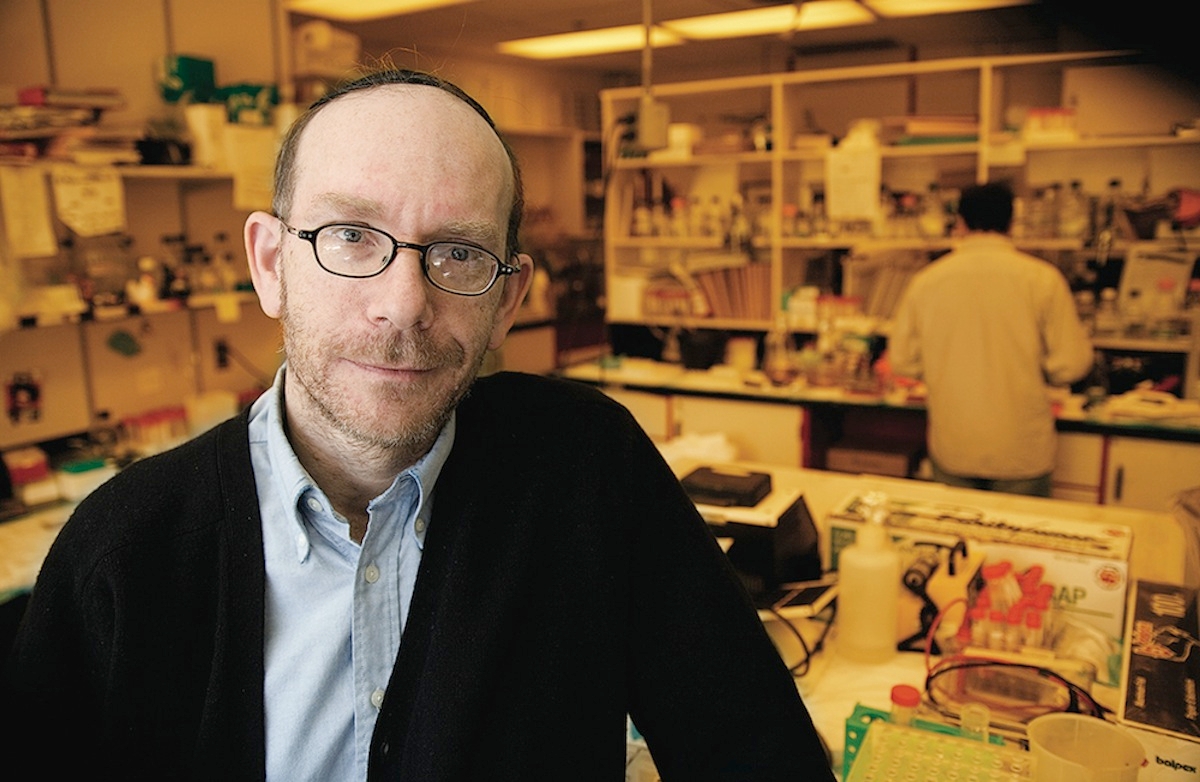 (Washington Jewish Week) — In designing and testing theories on how the body programs its 19,000 genes, Moshe Szyf, a geneticist and molecular biologist at McGill University in Montreal, has expanded the notion of Jewish guilt.

Sure, we might feel bad about passing along hereditary genes that raise our baby’s future risk of breast cancer, obesity or depression. But now, thanks to Szyf’s research, we must contend with the possibility that our experiences early in life could shift how those genes are expressed for generations to come.

Thus young stockbrokers who escaped from the tumbling towers of 9/11 might be raising preschoolers a decade later who are prone to panic when they smell burnt paper or fireplace ash. Those who crash dieted during teenage years might wind up with grandchildren with slower metabolisms designed to better handle starvation.

Researchers studying the children and grandchildren of Holocaust survivors have found that they have higher rates of post-traumatic stress after enduring car accidents, possibly due to modifications in their stress hormone system inherited from their survivor parents.

Szyf, however, prefers to take an optimistic view of his field, called behavioral epigenetics.

“It introduces an element of freedom and responsibility,” Szyf says. “With a deterministic genome, we can’t decide what kinds of mutations we pass on, but if experience is important in building a healthy genome, it gives us a feeling of some level of control.”

In his current research, Szyf is attempting to determine whether tinkering with environmental conditions, like diet or stress levels, could alter the way in which certain genes function, specifically those involved in cancer.

“I’m interested in identifying early markers of adversity to see if they can be altered with lifestyle interventions or drugs,” Szyf says.

Born in London and raised in a family of observant Jews, Szyf headed to Bar-Ilan University in Israel to study political science and Jewish studies, but parental encouragement to learn more “practical” subjects pushed him to transfer to dental school at Hebrew University. While working on his doctoral thesis with an Israeli epigenetics researcher in the late 1970s, he found his real passion and says he has never regretted his decision to abandon dentistry.

For the past two decades, Szyf and his McGill colleagues have been studying methyl groups that attach at various points to long strands of DNA. Szyf refers to the methyl groups as “punctuation” that mark genes in certain places to determine how they work to help cells manufacture proteins — akin to changing the meaning of a sentence by swapping out an exclamation point for a period.

“These methyl groups make out the language of our DNA, and if they go awry, you’re in trouble,” Szyf says.

But recent landmark studies conducted by Szyf and others suggest that methyl groups could be added to DNA in adulthood — at least in rodents — due to changes in diet or environmental toxins. Those epigenetic additions could be passed on to future generations, causing permanent changes in gene function.

In a study published last year in the journal Nature, researchers from the Emory University School of Medicine found that mice exposed to a particular odor along with small electroshocks developed a fear of that smell and later gave birth to offspring that also had a high stress response whenever they were exposed to the odor. The researchers also found methylation changes in a smell receptor gene in both the mothers and offspring.

In other experiments, Szyf and his research group examined the DNA of rat pups raised by mothers who neglected them. They found that genes controlling the production of stress hormone receptors had high levels of methyl groups attached to them compared to genes from pups raised by attentive, nurturing mothers. Pups raised by inattentive mothers also acted more hyper and skittish in response to stress.

The researchers then studied another litter of rat pups from the same mothers, but this time they had the nurturing mothers raise pups from inattentive mothers and vice versa. They found that the extra methyl groups were again added to the pups raised by the neglectful mothers and that these pups had an overactive stress response.

Both sets of pups with the extra methyl groups passed them on to their offspring.

“While the genome can take centuries to change, with epigenetics the physiological response can be immediate but also with lasting effects,” Szyf says.

That’s unless an intervention is found to shift things back. Szyf and his colleagues found such an intervention in the form of a drug designed to remove methyl groups. Szyf was able to reverse the extra methylation in rats born with it and also change their behaviors back to placid tendencies.

“We certainly know that human experiences affect how our genes are expressed,” says Rachel Yehuda, a professor of psychiatry and neuroscience at the Icahn School of Medicine at Mount Sinai Hospital in New York, who has performed epigenetic studies on Holocaust survivors. “But we don’t know for sure how this process works and how strong a contributor epigenetics really is compared to other things like genes.”

Life experience capable of shaping perceptions and reactions even without touching DNA. In studies published over the past decade, Yehuda has found that children of Holocaust survivors have altered stress response systems and differences in methylation on the gene that regulates the number of stress hormone receptors. She also found that these alterations were complex and dependent on a mother’s age when she went through the Holocaust and whether a father experienced it, too.

“Do uniquely Jewish experiences from the past — like the pogroms our great-grandparents escaped — affect the way we behave today? I think that’s a valid question,” Szyf says.

“Jews that left Europe were highly self-selected for their survival skills and perseverance,” he adds, which might have been due to their genetic tendencies rather than epigenetic changes.

In the end, though, it may not matter whether inherited genes or inherited methylation of those genes or plain-old nurture plays the dominant role.

“Jews have always tended to lead lives that emphasized education, family structure and religious values,” Szyf says. So it should come as no surprise that these values have been passed on.